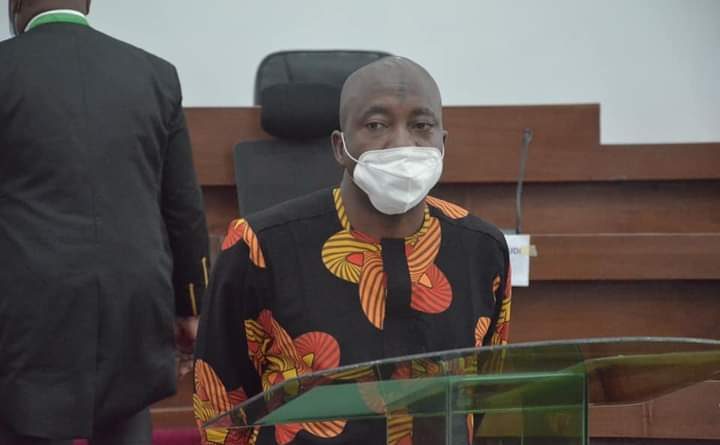 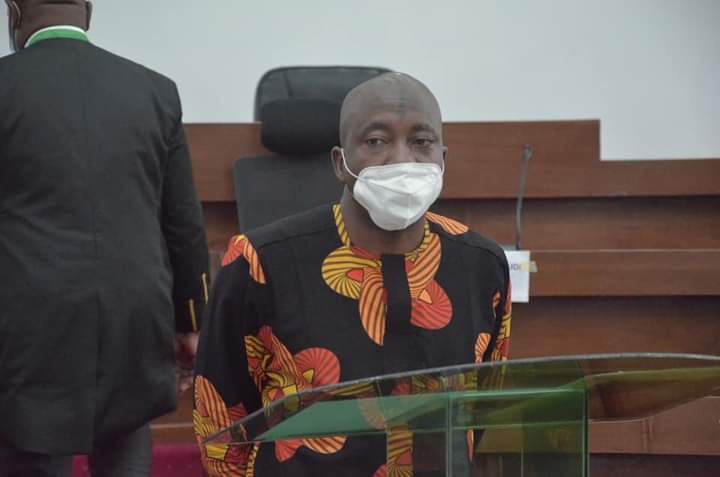 A former Commissioner for Information in Abia State, Prince Eze Chikamnayo has himself to blame after a Facebook post he made in the past came back to haunt him on Tuesday during screening by the Abia State House of Assembly as he was queried over the post.

Mr Chikamnayo who was nominated as Transition Committee chairman for Umuneochi local government area, was grilled for close to 2 hours with questions relating to his open letters he has written.

In the open letter posted on his Facebook page, Chikamnayo alleged that Abia state Governor, Dr. Okezie Victor Ikpeazu had converted a government property (Land) for private use for his wife without due process.

He had also alleged that contracts awarded by the governor were over inflated and numerous other allegations.

Read the full report below;

The Speaker of the Abia State House of Assembly asked the Nominee to introduce himself which he did, his Immediate Representative Hon Okey IGWE who was not Present during Plenary, however detailed the Lawmaker Representing Umuahia South State Constituency Hon.Bart Jerry Uzosike to present the Nominee for Screening.

The Deputy Speaker of the House, Rt.Hon Ifeanyi Uchendu in his question to the nominee asked whether there was any legal backing on the attachment of “David”in the Nominee’s name since some of his documents bear just Eze Chikamnayo without the David.

The Nominee said David has been there as his name for so many Years.

The Lawmaker Representing Bende North State Constituency Hon.Chukwu Chijioke sort the explanations of the Nominee over some of Open Letters he has Published against the Governor and the Speaker.

In his Defence, the Nominee said…

“Rt Hon Engr Chinedum Enyinnaya Orji is my Leader. Whether he is competent to preside over my screening, the answer is YES. I will prefer him to any other person.

“At no time did I question his competence, he is more than competent”, he said.

In response to a question, the nominee denied that he was ever rusticated at the Abia State University, Uturu (ABSU).

The Member representing Isialangwa South State Constituency, Rt. Hon.Chikwendu Kalu, asked the nominee how he will bring his experience to bear in Umunneochi as a Serial Public Servant, the Nominee said he will definitely make his years in public service count positively for the people of umunneochi if he assumes office.

Hon Ginger Onwusibe, member Representing Isialangwa North State Constituency observed that there was no NYSC Certificate in the Curriculum Vitae presented by the nominee.

The nominee said he applied for his NYSC certificate but that the Coronavirus pandemic has delayed its processing till date.

Hon Ginger Onwusibe further asked the nominee if he ever wrote any Open Letter to the Governor of Abia State, Dr Okezie Victor Ikpeazu, where he (the nominee) made serious allegations against the Governor.

The Lawmaker presented an evidence of one of the open letters containing the allegations the nominee wrote against the Governor.

“I don’t know the conscience you had, a man that you have embarrassed openly, you want to serve under him?”, the Lawmaker queried.

The nominee in his response said he could not remember the particular words he used in his Open Letters against the Governor, Dr Okezie Victor Ikpeazu, his Wife and the Government of Abia State.

The Speaker asked the nominee if he ever apologized to the Governor over such Open Letters.

“Even if am a prodigal son, I became a son before becoming prodigal”, the nominee responded.

Hon Barr Emeka Okoroafor, member representing Isuikwuato State Constituency in his submission said if the nominee was allowed to scale through the Abia State House of Assembly screening, he might still not change his ways.

“If I was in your shoes, I would have rejected the nomination in the first place”, he thundered.

“Were you nominated in order for you to shut your mouth in all the allegations you have raised” the lawmaker asked.

The Nominee answered, NO.

The Leader of the House, Hon Solomon Akpulonu, read out another one of the Open Letters written by the nominee making another round of allegations against the Governor of Abia State, Dr Okezie Victor Ikpeazu, The Speaker, Rt. Hon.Chinedum Enyinnaya Orji and Senator Theodore Orji.

The nominee, Barr Eze Chikamanayo, said he may need to check back on his record to ascertain if the allegations he made against the trio were true.

“These allegations that you have made, did you verify them to be correct before putting them in public domain? The Leader asked.

“I did not authenticate them, I have not investigated them” Chikamnayo responded.

The Member representing Aba South State Constituency, Hon. Obinna Ichita, said the nominee was not stable in his submissions before the Honourable Lawmakers of the Abia State House of Assembly.

“Is it not a mark of you not being stable when you write something in public, you come in private to say another thing?” Honourable Ichita queried.

In his response, the nominee said there were prevailing circumstances that made him to make such statements in his open letters.

“I did not write in isolation, I hold the Speaker in high esteem”, he said.

The Speaker, Rt Hon Chinedum Enyinnaya Orji, pleaded with the Lawmakers not to go emotional with the matter. He reminded his Honourable Colleagues that the screening exercise was a business of the House and that no one should be personal about it.

The Speaker in his question to the nominee asked why he didn’t reach him to get his own side of the story before going public with his Open Letter. On the nominee’s statement that he didn’t act in isolation, the nominee said he was prompted to attack the Speaker over what he saw in materials being circulated.

The Speaker in his summary said what has happened today is the irony of life.

“If somebody had told you one month ago, that you will be standing before the man you so maligned for your l screening, you wouldn’t have believed it, but that is the irony of life”, the Speaker said.

His rejection follows his inability to secure a single vote in the House of Assembly.

The House subsequently adjourned sitting till 24th of August, 2020, at 10am.