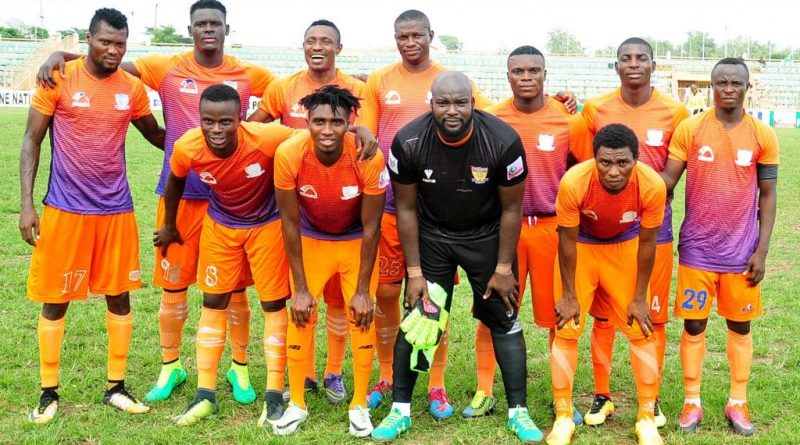 During the matchday 17, the thrilling first half of the match saw the home team dominating the field of play.

The deadlock was broken at the 37 minutes when Anthony Omaka of Sunshine Stars played the ball into the net of the visitors after bundling the ball from a terrific Wasiu Jimoh’s delivery.

The game became intense in the second half with pressure mounted on the home team as they struggled to hold the visiting team who changed their style of play.

However, Sunshine Stars’ lead was short-lived when Pillar’s Auwalu Ali drew level for the visitors with a range strike to restore parity at 1-1 in the 50 minutes of the second half.

With 62 minutes into the second half, Omaka tucked home from close range for his brace with Sunshine Stars leading 2-1.

At the 71 minutes, Auwalu again restored parity for the visitors to put the scoreline at 2-2

Speaking on the match, the Coach of Sunshine Stars, Kabir Dogo said “that I don’t want to comment on the officiating. Because what we are seeing here is not what we see in our away matches.

“Assuming we are seeing good officiating, we would have recorded more away victory. I don’t like complaining about officiating. Those assessing them are watching.

“We did very well in outside matches but in our home matches, every home game is very difficult.

“The way they are officiating our game at home and away is quite different. It is one of those things, at least anybody that watches Sunshine will know that we have a good team with quality players. At least I’m satisfied with what my players did.”

On his part, Kano Pillars Technical Adviser, Ibrahim Musa who was elated with the scoreline said that
the game plan changed in the dressing room during the half time.

“I’m happy with the three points because Sunshine is a good team. If you check the table they are on fourth on the log while we are 12th. So, getting a point from them to me is a good thing.

“We took out time to study the weakness of our opponent and we effect it in the second half if you watch the first half we didn’t play as Pillars.

“We change the style of the game in the dressing room, we are going back home to ensure we get the three maximum points.”