William Manchester’s book, The Last Lion: Winston Spencer Churchill; Visions of Glory, is quite remarkable considering its principles pertain to Israel’s situation today. Winston Churchill was considered an “enemy of peace” by those who failed to recognize the growing German threat. Churchill was basically abandoned in a political wilderness until the time came for him to come out in the spirit of the Judges of Israel and deliver Great Britain from the Nazi menace.

Don’t we, the Sabbath-keeping Church of God, realize that whenever we warn about the prophesied Beast power rising in Europe — the final revival of the unholy Roman Empire of the German Nation — that we’ll be falsely accused of hating Germans, Europeans, and Catholics?

Years ago certain ones on AOL accused my book, Beyond Babylon: Europe’s Rise & Fall, of hating Roman Catholics and German-bashing. I replied then and it’s still true today, that it’s actually because I LOVE THE GERMANS, I love the Europeans and I love the Roman Catholics that I want to help warn them to not blindly follow their leaders!

It’s not only because I love our British-Israelite and Jewish brethren that the biblical warning message must go out: both Israelites and Gentiles must be warned if we’re to fulfill our Christian duty as watchmen. The Church of God must warn the world or suffer severe consequences!

For the record, I’m of German descent, in part. I certainly don’t hate the Germans, but I do hate what the Nazis did and what Bible prophecy clearly says a German-led Europe will do again on an even greater scale! This time their Satan inspired hatred and murder won’t just be against our Jewish brethren but against Joseph: the Anglo-Saxons.

Consider this excellent quote from The Last Lion:

Speaking of the type of leader necessary to stand up to Hitler:

“England looked for another Alfred, a figure cast in a mold which, by the time of the Dunkirk deliverance, seemed to have been forever lost. England’s new leader, were he to prevail, would have to be everything England’s decent, civilized Establishment had rejected [sound familiar? those impotent ones who worry about reputation and remaining polite and respectable aren’t effective in facing the Challenge]… Their successor would have to be a passionate Manichaen who saw the world as a medieval struggle to the death between the powers of good and the powers of evil, who held that individuals are responsible for their actions and that the German dictator was therefore wicked…Like Adolf Hitler he would have to be a leader of intuitive genius, a born demagogue in the original sense of the word, a believer in the supremacy of his race and his national destiny [not one who has forgotten or miserably doubts his Identity], an artist who knew how to gather the blazing light of history into his prism… Such a man, if he existed, would be England’s last chance. In London there was such a man.”

The question begs to be answered whether or not there’s such a man in Jerusalem today (as its cauldron is filled with crooks and thieves and murderers selling out Israel); whether Israel will finally have a truly Jewish leader who will boldly reclaim Judaism’s holiest site, the Temple Mount, and will refuse to tolerate Amalekites claiming Jerusalem as their capital; A strong leader who knows and understands that the Holy Land is promised to Israel and not to Ishmael.

If not, and Zion and Jerusalem fall to the German-Jesuit Europe because we’ve failed to heed Churchillian warnings, and shamefully despised those Christian-Zionists and Jews who delivered them, then King Messiah will surely save us out of the dreadful “Time of Jacob’s Trouble” — but we’ll have first suffered the greatest tribulation to strike planet Earth.

US: Police will not face charges in Daniel Prude’s death | Courts News 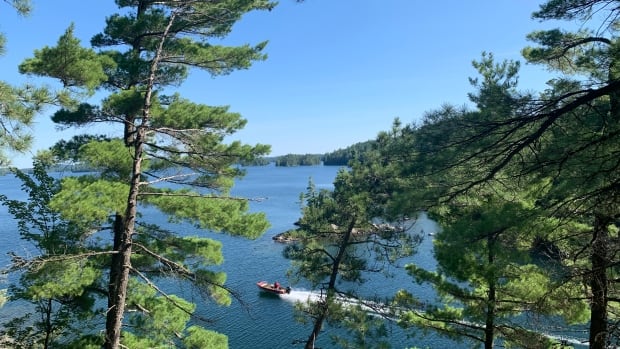 ‘This was the way to do it’— towns, First Nations, logging companies join up to manage Temagami forest