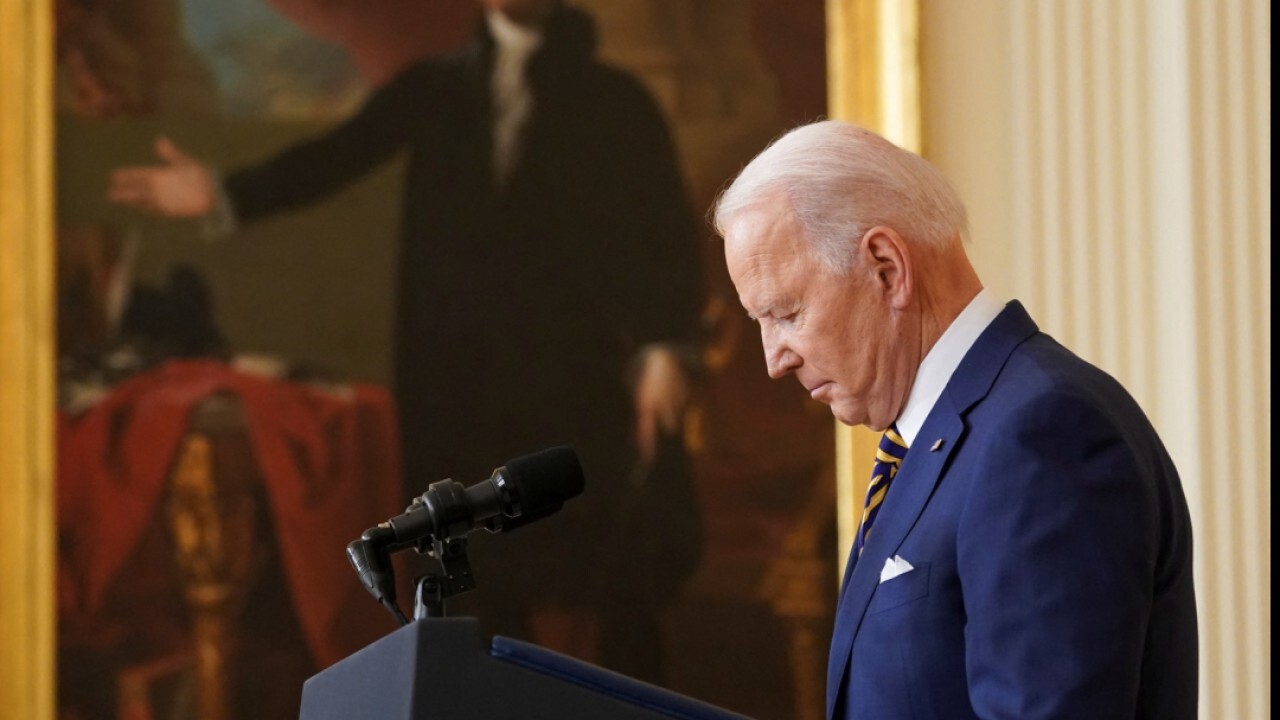 Joe Biden is not about to pivot. No siree, no reboot for this president’s White House.

Biden is not interested in making any course corrections because, after all, he has, by his own modest estimation, “outperformed what anybody thought would happen.” Further, the president is convinced “we have made enormous progress” and everything is “getting better.”

That’s what he told the country during his recent press conference, which was an eye-opener. Turns out Joe Biden is either seriously delusional or utterly sequestered and misled by his team. Don’t take my word for it; read his own statements.

Addressing his White House’s effort to “shut down” the pandemic, as he promised to do, Biden said, “Am I satisfied with the way in which we have dealt with COVID and all the things that – that go along with it?  Yeah, I am satisfied.  I think we’ve done remarkably well.”

As to the performance of his embattled and unpopular vice president, Biden said of Kamala Harris: “I think she’s doing a good job.” Well, what could he say?

When asked how his administration’s report card might appear to voters as they approach the midterm elections, Biden said it “would look pretty good.”

That’s an interesting assumption, given that a new Politico/Morning Consult poll found 37% of respondents gave Biden an “F” for his first year in office, more than awarded him an “A” or “B.” A poll which, curiously, graded Biden worse that Donald Trump. For Biden voters, that’s the final ignominy.

But, as Biden declared during the presser, “I don’t believe the polls.”

Joe Biden thinks he has not done a good enough job explaining to people how wonderfully things are going.

The problem is, according to Biden, Americans are too dim to comprehend what a terrific job he is doing. According to him, “We’ve passed a lot of things that people don’t even understand what’s all that’s in it, understandably.” The obvious response from the president? “I have to make clear to the American people what we are for.”

Joe Biden thinks he has not done a good enough job explaining to people how wonderfully things are going. His new idea is to go “out on the road a lot, making the case around the country, with my colleagues who are up for reelection and others, making the case of what we did do and what we want to do, what we need to do.”

Biden is confident this approach will make Americans feel better about his presidency and save not only his approval numbers but also Democrats come November.

Democrats running for office in moderate districts must be horrified, strategizing frantically how to avoid the Great Taint of the Biden White House. Will they, like Georgia voting rights activist Stacey Abrams, who skipped out on a major Biden speech recently, claim a “scheduling conflict”?

They are cooked, especially with Independents defecting in droves. In a recent Economist/YouGov poll, only 6% of Independents “approved strongly” of the job Biden is doing.

In addition to getting out more, Biden’s new program includes “bringing in more and more – now that I have time-… experts outside, from academia, to editorial writers, to think tanks.  And I’m bringing them in, just like I did early on, bringing in presidential historians to get their perspective on what we should be doing…”

He now has the luxury of this renewal because, as he says, “I’ve gotten the critical crises out of the way, in the sense of it moving – knowing exactly where we’re going.”

Voters will be so relieved to know that Biden has solved our biggest problems.

Even as Biden is quite comfortable with the job he is doing, he is very disappointed in his Republican colleagues, who, he says, are out to block his every initiative. More concerning, it seems, is that the president cannot figure out the GOP agenda.

He challenges Republicans to outline “what are you for?”

For the record, Republicans across the country are running on safe streets, stable prices, secure borders, school choice, strength overseas and getting the country back to work. Does Biden seriously not know these are the topmost issues for voters today?

In fairness, there are two other reasons Biden may not want to pivot, as Bill Clinton did with great success midway through his presidency.

First, he may not care whether his polls improve. His claims of planning on running again for the presidency in 2024 may be, like so much of this presidency, utter bunk. It is inconceivable that this fast-aging president will stand for reelection.

Last November, the president underwent an annual physical exam, which showed him fit for office, but apparently did not take the Montreal Cognitive Assessment, which might squash widespread speculation about his mental abilities. Why not? Trump took such a test and passed with flying colors. Why didn’t Biden do the same?

The obvious conclusion may be that Biden knows his mental capabilities are fading, he knows he will not run again and therefore a mid-course correction is not as important as sticking to his leftist guns.

Even as the political tide has begun to swing away from progressives, who have lost most marquee races in recent months to moderates, Warren and Sanders and their colleagues push the envelope. They know they have a limited amount of time to “transform” a country that does not seek to be transformed.

It is unclear whether Joe Biden understands how badly his White House has been damaged; what is clear is he has no intention of changing course.

Is Fake News a Security Risk? 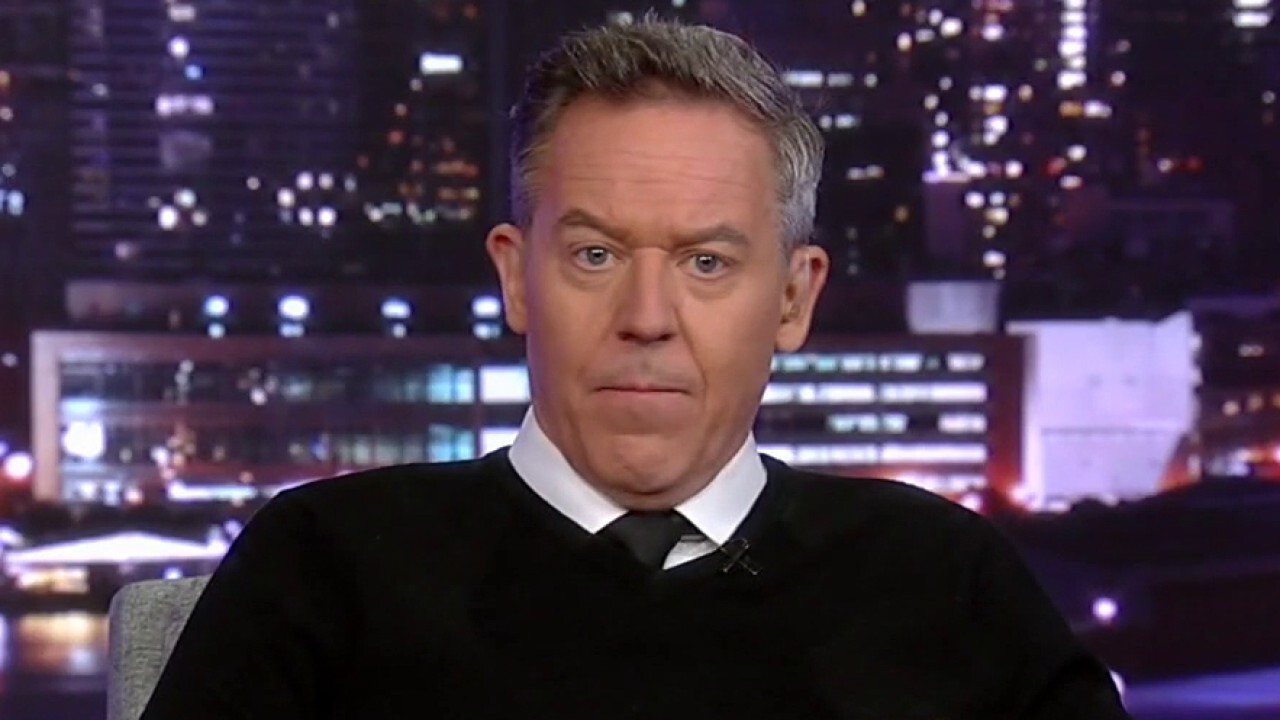 Greg Gutfeld: Biden is losing his supporters, including Democrats and the media