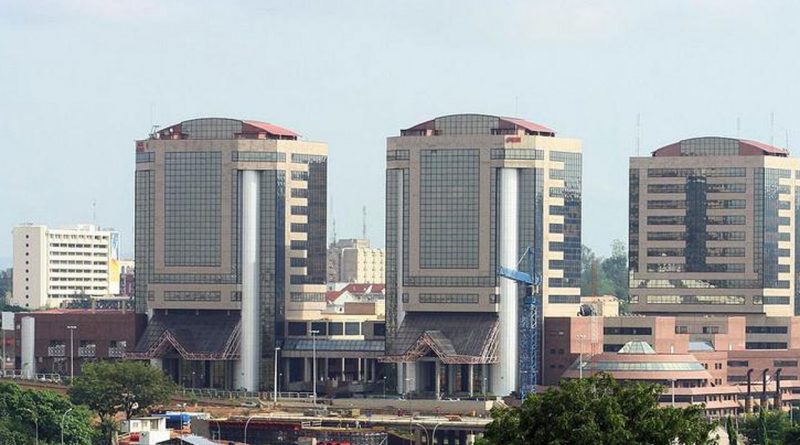 The Nigeria National Petroleum Corporation (NNPC) has strongly refuted a media report(Not Economic Confidential) to the effect that its officials allegedly sold 48 million barrels of crude oil noting that the said report was not only false but a figment of its imagination.

In a statement issued by the corporation’s lawyers, Afe Babalola and Co. and made available to Economic Confidential in Abuja, NNPC said the publications are replete with falsehoods, offensive, gold-digging and a calculated attempt by the said SAMANO SA DE CV (SAMANO) working in concert with its local and international agents to intimidate, blackmail and extort money from the Federal Government of Nigeria and NNPC.

“We act as Counsel to the Nigerian National Petroleum Corporation.”

The Management of the Corporation states emphatically that these publications are replete with falsehoods, offensive, gold-digging and a calculated attempt by the said SAMANO SA DE CV (SAMANO) working in concert with its local and international agents to intimidate, blackmail and extort money from the Federal Government of Nigeria and NNPC. Given the attention which these publications have generated, NNPC deems it necessary to make the following clarifications:

1. SAMANO first contacted officials of the Federal Government of Nigeria sometime in 2015 indicating that it had been approached by an unnamed group in the People’s Republic of China to buy 48 Million Barrels of Nigerian Crude Oil which they believed to have been stolen from Nigeria. According to SAMANO, this crude had been stolen and shipped to China before the inception of President Buhari’s administration in 2015.

2. SAMANO requested that it be allowed to purchase the stolen crude after its recovery by the Federal Government.

3. Shortly thereafter, SAMANO indicated that it was not interested in buying the said stolen crude as it only obliged the Federal Government with the information to assist the President Buhari-led administration’s fight against corruption.

4. The Federal Government and NNPC receive hundreds of spurious claims of this nature daily, and they always turn out to be false.

5. NNPC also believed that based on the operations and state of the international crude oil market in 2015, it was impossible to ship 48 Million Barrels of Crude Oil from Nigeria to China without any record or trace of same.

7. NNPC was also aware that as at the material time and considering the fact that the People’s Republic of China is one of the most regulated economies in the world, the export of Crude Oil from Nigeria to China was exclusively undertaken by four known companies approved by, under the control, ownership, and management of the Chinese Government. It would, therefore, have been impossible to transport 48 Million Barrels of Crude Oil from Nigeria to China without the active involvement of the said companies. Again, from an economic perspective, it made little sense that anyone would store that volume of Crude Oil in China for such a considerable period having regard to the attendant significant storage costs. It is noteworthy that the Chinese Government had, through its officials, stated emphatically in response to this allegation at different fora including the United Nations General Assembly that there was NO stolen Nigerian Crude Oil stored in any port or terminal or storage facility in China.

8. Despite these reservations and in view of the fact that transparency, accountability, the fight against corruption and the recovery of the country’s looted resources have been integral components of State policy under the administration of his Excellency, President Muhammadu Buhari, the Federal Government of Nigeria set up the Presidential Committee on Recovery of Stolen Nigerian Crude Oil in response to the claims made by several companies including SAMANO over alleged stolen Nigerian Crude Oil stored in China.

10. Notwithstanding the failure of SAMANO to produce verifiable evidence in support of its allegations, for completeness, relevant officials were mandated to pay an in-person visit to China and further investigate SAMANO’s claim.

11. During this fact-finding trip to China, it was discovered that SAMANO’s claim was false as there were no 48 Million Barrels of stolen Nigerian Crude Oil or any stolen Nigerian Crude Oil in any port, terminal or storage facility in China. It was also discovered that all the documents previously presented by SAMANO in support of its claims were not genuine. A report of this finding was issued by the Committee to Mr. President.

12. Consequently, the Federal Government terminated all communications with SAMANO as it became apparent that its claim was a hoax.

13. When SAMANO realized that the Federal Government was no longer interested in the non-existent stolen crude, it resorted to blackmail and intimidation of key officials of the Government. SAMANO threatened that it would publicize the fact that the non-existent crude had been recovered, sold and proceeds looted by senior government officials and other personalities when it knew this was absolute falsehood.

14. SAMANO made several demands including the demand that it be paid the sum of $125,000,000:00 (One Hundred and Twenty-Five Million United States Dollars) by the government officials to prevent it from disclosing this false information to the public. This demand soon metamorphosed into harassment as SAMANO embarked on a mischievous exercise to embarrass the Federal Government of Nigeria on international media platforms and before several international institutions like the Organization of Petroleum Exporting Countries (OPEC) all in a calculated bid to blackmail the Federal Government of Nigeria and NNPC into paying it a significant amount of money as compensation.

15. As a result of the constant harassment, NNPC was constrained to make a formal report to the Department of State Security (DSS) and Nigeria Police while other victims wrote petitions in respect of the same subject to the Honourable Attorney-General of the Federation.

16. After a thorough investigation by the Police and DSS and confessions by agents of SAMANO, it was discovered that the allegations of conspiracy, forgery, obtaining money by false pretence, blackmail and extortion were well-founded and that some of the fraudulent activities of one Mr Ramirez and Mr Jose Salazar Tinajero (both agents of SAMANO) constituted a threat to the national security of Nigeria.

17. During its investigation, the Nigerian Police discovered that SAMANO is part of a notorious crime syndicate that habitually intimidates, blackmails, and defrauds government officials and other high-profile persons. For instance, it was discovered that Mr Ramirez, SAMANO’s representative, was indicted by the U.S. District Court in the Southern District of Texas as the mastermind of a scheme leading to the loss of several millions of dollars through various mail and wire frauds between 2010 and 2013. The Police became aware that Mr Ramirez fled the United States of America and settled in Nigeria where he continued his criminal activities in conjunction with SAMANO and its Managing Director. There is a subsisting warrant issued by the United States Government for the arrest of Mr. Ramirez. His wife has been convicted in the United States for her role in a visa lottery scam he masterminded.

18. NNPC is aware that this investigation led to the filing of Charge No.: FCT/HC/BU/CR/134/2019 between Federal Republic of Nigeria v. Marco Antonio Ramirez & 4 Others at the High Court of the Federal Capital Territory, Abuja. Some of the offences in the charge are criminal conspiracy, forgery, extortion and attempt to obtain money by false pretence.

19. NNPC also understands that Mr Ramirez and his cohorts are being prosecuted by the Economic and Financial Crimes Commission (EFCC) for other unrelated offences at the High Court of the Federal Capital Territory, Abuja in Charge No: FCT/HC/CR/147/2016 and the Federal High Court, Lagos in Charge No: ID/2763/2016.

20. NNPC is convinced that the chameleonic posture of SAMANO as a potential buyer, then gratuitous informant and subsequently a whistle-blower demonstrates its desperation to hoodwink and defraud the Federal Republic of Nigeria by all means.

21. In its latest correspondence to NNPC, SAMANO claims that it is entitled to compensation for supplying information on the missing crude oil pursuant to the Federal Government’s Whistle Blower Policy. However, the information (which has proved to be pure falsehood) forming the basis of this claim was furnished in 2015 whilst the Whistle-blower Policy of the Federal Government only commenced in December 2016.

22. SAMANO also failed to follow due process or establish that the information it allegedly provided led to any recovery or that the information was disseminated through the proper channel – the Federal Ministry of Finance online portal or in writing to the Federal Ministry of Finance or the Presidential Initiative on Continuous Audit Unit. SAMANO’s actions were contrary to the laid down policy of the government on whistleblowing. Indeed, SAMANO does not qualify as a whistle-blower under this policy, particularly as no benefit whatsoever was derived from the piece of falsehood it provided at the time.

In view of the foregoing, NNPC urges members of the public to disregard the publications sponsored by SAMANO. They are at best diversionary and in furtherance of its scheme to fleece Nigeria. SAMANO’s attempt to shift attention from the on-going criminal charges against its Managing Director and agents will not fly. NNPC has instructed Counsel to take appropriate legal actions against SAMANO and its officers for the injury done to the Corporation and its officials by the falsehoods peddled by SAMANO and its agents.