The continued dominance of the Federal Government, despite the deregulation of the downstream sector, has fueled uncertainties, and stifled investment.

Energy Vanguard investigation, weekend, showed that the dominance has continued to push the sector towards a negative trajectory, which culminated partly in the divestment of operators, especially Oando, Forte Oil, and Mobil.

In an interview with Energy Vanguard, the National President of Petroleum Products Retail Outlets Owners Association of Nigeria (PETROAN), Dr Billy Gillis-Harry, maintained that, once deregulation is properly outlined and the rules of engagement brought out, its members, comprising major and independent marketers, as well as depot owners, are ready to commence fuel import.

In his words: “We can import products. Marketers, depot owners are all ready to get into the business and make it beneficial.

“But you cannot invest money in a business that you are going to lose. There is no deregulation that the government cannot still regulate some part of it. So why delay?

“In reality, there is no way any marketer, retail outlet owners, or tanker and depot owners, would invest in a business where they cannot be certain that they would make profit. It helps when the government clearly defines the guidelines of the full deregulation.

“Even if it is the partial deregulation that had already given us some level of authority to play in, without being able to import our own products, we have to know exactly what the rules are.”

Gillis-Harry further stated that their decision to hands off fuel import stemmed from the uncertainty, policy inconsistency and lack of clarity of governments’ plans and programmes for the downstream sector.

Specifically, the concerns, according to him and chief executive officers of some of the oil marketing groups, stemmed from the absence of a level playing field in accessing foreign exchange, and government’s failure to develop a clear policy on modalities by which oil marketers can access dollars from the Central Bank of Nigeria (CBN).

Also, the Chairman of Major Oil Marketers Association of Nigeria, MOMAN, Mr Adetunji Oyebanji, urged the federal government to institute appropriate legislation to back up the pronouncement of deregulation by the Minister of State for Petroleum Resources.

He said: “Marketers continue to advocate a proper legislation to allow market dynamics prevail. This is because people keep low stock towards month-end because they fear price reduction and are worried that they might be unable to plan effectively.

“Government must ensure that there is a level playing field by removing monopolies, while a strong anti-competition agent should be in place to discourage operators from taking advantage of a free system.

“Like it has been done in other countries, we need a strong agency that sanctions infractions and help to mitigate price gouging.”

Statistics obtained from the international market showed that the price of crude oil declined marginally, on Monday, with Brent, the International oil benchmark, sliding by 0.42 per cent to $64.26 while the West Texas Intermediate (WTI), also declined by 0.91 per to $60.86.

Crude oil price accounts for a large percentage of the final cost of petrol. With the purported deregulation of petrol price by the Federal Government in March 2020, it meant that the pump price of the product will reflect changes in the international oil market.

It would be recalled that on the 11th of March, 2021, the Petroleum Products Pricing Regulatory Agency, PPPRA, published the expected prices for petrol for retail outlets in March 2021.

The government agency placed the pump price at between N209.61/litre and N212.61/litre, while the ex-depot price of petrol for the month was put at N206.42/litre and expected landing cost at N189.61/litre.

Ex-depot price is the amount at which the depot owners sell the commodity to retail outlets owners and fuel marketers across the country.

The adjusted template created an uproar, as the Nigeria Labour Congress, NLC, threatened to shut down the sector’s operations if nothing is done.

Few hours later, the PPPRA pulled down the template for petrol, arguing that it did not amount to price increase, but to guide operations in the sector.

However, an authoritative source in the sector told Vanguard on condition of anonymity that, “Governments around the world have been using subsidies since the medieval times. However, the ‘Where and the How’ of subsidies are the essential questions.

“For Nigeria, policies relating to the subsidisation of petroleum products have been mired in a shameful show of policy flip-flops. The matter is now heavily politicised.”

The Federal Government source also stated that, “Politicians at the federal level have refused to end petroleum product subsidy because it is perceived by the general public – their beloved electorate – as anti-people and capable of impoverishing them or making life harder.

“But for Nigeria, the reverse is the case and the truth is not obvious. Simply put, the “Why” and the “How” of petroleum product subsidy in Nigeria hurts the masses.

“An average Nigerian does not use a reasonable volume of PMS that will amount to reasonable savings if the price of PMS was increased by 100 per cent.

“Majority of Nigeria’s population – an estimated 65 per cent live in rural communities where they neither own cars, motorbikes or personal portable generator.

“Contrast this with the urban wealthy and middle-class income earners in Nigeria (probably less than 10 per cent of the population) who typically have a fleet of cars to fuel and power generators that run for hours, once there is no supply from the DISCOs.

“In providing subsidy on petroleum products, government is enabling more savings for those who earn more money and depriving the real poor and rural Nigerians the critical resource that could as well be used for rural development and other more impactful forms of poverty alleviation.

“Beyond this, there are more critical areas of Nigeria’s national economy that required subsidy and which have more potentials for impact. A good example is the agribusiness and small scale manufacturing sectors.

“Furthermore, the current subsidy schemes in Nigeria are helping to fuel illicit cross-border trade in petroleum products, where subsidised PMS is smuggled across the border and sold at a premium to neighbouring West African countries.

“Politicians and corrupt businessmen use the ignorant emotional outcry of the people to fight any attempt to end the schemes. This was evidently documented in the book – Fighting Corruption is Dangerous – authored by Ngozi Okonjo-Iweala, the current Director-General of the World Trade Center.”

“Despite the deregulation policy, what we have in Nigeria is an uncertain situation where PPPRA still maintains a measure of control in relation to price-fixing. However, it will be good for the relevant authorities to allow market forces to prevail in determining pricing for products in the downstream sector.”

“The NNPC and the other regulators is for them to focus on the regulatory aspects of their respective roles as provided in their enabling statutes or delegated to them.

“In this scenario, that would involve focusing on determining product qualities for import considerations. A highly efficient and effective regulated sector will result in seamless operations and activities by the relevant stakeholders.”

Also, another source, who pleaded anonymity, said: “This is particularly important, now that we are trying to grow out domestic refining capacity through Dangote refinery and others.

“Subsidy the way it is administered in this environment is evil. It doesn’t benefit the poor in reality; it encourages corrupt practices and illicit cross border trade of Petroleum products.

“It is too expensive for a poor country like Nigeria; it hampers investment and takes a huge toll on our scarce foreign exchange.” 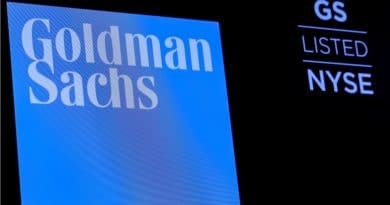 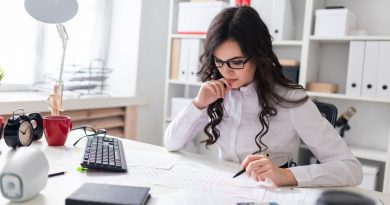 3 Tips to Getting Integrated Marketing Campaigns Off the Ground