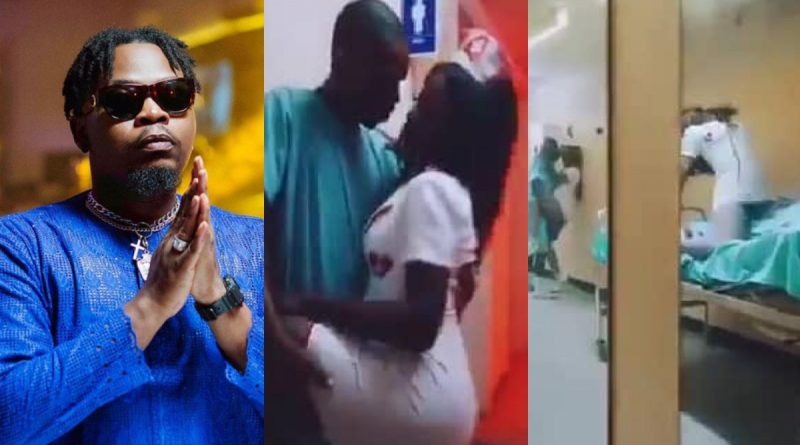 Popular indigenous rapper, Olamide has been forced to take down the visuals of his 2019 hit track, Wonma which drew widespread criticisms from social media users.

The trending hashtag, #NursesAreNotSexualObjects was used by Nigerians, who condemned the rapper for sexualizing the nursing profession in the music video.

The video shows women in nurse uniforms dancing seductively and performing sex acts on their male patients while on duty.

Reacting to the development, the Nursing world Nigeria, a site that connects Nigerian nurses, released a statement which reads;

“Thanks to everyone who took the time to report and request that the video by @Olamide posted on Instagram be taken down.

While we acknowledge the fact that @Olamide has brought the sounds and beats of Nigeria and Africa to the world at large, the fact still remains that
@Olamide recent music video misrepresents and totally disrespects the Nursing profession and healthcare providers. With a video WONMA depicting nurses as sextoys and sex objects to over 3.4M and 6.9M followers on @Twitter, @AppleMusic and @instagram.

It was heartbreaking, to say the least.

To those who also made the calls and desired to remain unnamed, we also appreciate you.

To everyone who used the hashtag: #NursesAreNotSexualObjects we also say thank you

The video has now been removed

Nurses Are No Sexual Objects”

See the statement and reactions below:

Olamide just removed the terrible music video that portrayed nurses in a bad light.. Go to his IG page and you wouldn’t find that content there anymore… We are looking forward to him removing it on YouTube. Thanks to all who fought the fight with us.#NursesAreNotSexualObjects pic.twitter.com/vBQYYelISE

I saw that Olamide’s video and it was trash 🚮🚮🚮

This is not even about nurses, it was utterly rubbish!