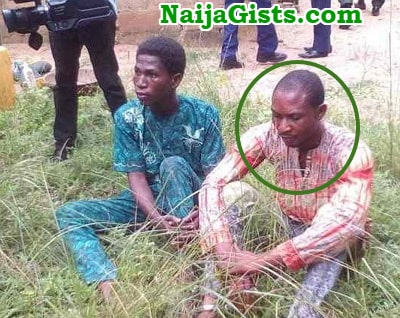 Local News
June 8, 2020June 8, 2020 Stan 0 Comments
LinkedInFacebookTweetPin
LiveChat will greatly increase the number of your satisfied customers. I've already tried it and I can recommend it as a go-to customer service tool! Sign up today for a free trial! Nigerians And The Concept Of “Money Rituals”

One fateful Saturday evening in 1996, in Owerri, Imo State, a local television station broadcasted images of a certain man holding the freshly severed head of a child.

Before then, rumours of child kidnappings had been rife in the South Eastern Nigerian State. Although the man would later die in police custody, a search of the hotel premises where the crime was committed would lead to the unearthing of the body of the late child and a host of other victims.

The gruesome sight caused a massive outrage, inspiring citizens to go on riots in which the hotel, supermarkets suspected of catering to the needs of questionable wealthy people, and even the palace of a traditional ruler was burnt to the ground.

Fast forward to today 2020 and place that episode side by side the gruesome murder of a University student, one Miss Favour Daley-Oladele, by a young man in pursuit of “money rituals” who, according to reports, was the victim’s boyfriend, who had allegedly connived with a pastor who promised to make a potion that would magically draw money for him and his mother. When they were busted, the pastor claimed the ritual failed because “the spirit did not bring any money” and yet the victim was dead and gone.

Reported cases of “ritual killings” in Nigeria as well as beliefs in “blood money” has been on an increase since the 90s, and there is virtually no Nigerian today who does not believe in its realness. This belief is so ingrained that almost every fortnight, Nigerians are greeted with stories of one innocent victim or the other, of mutilated or dismembered body parts, because perpetrators believe by so doing they could get an easy pass to wealth of untold proportion. Even family members are not safe as we have read and heard about stories of sons killing mothers, fathers killing sons and so on, all because of the belief that this can facilitate an escape from poverty.

We are even told there is a certain town in Anambra State, Eastern Nigeria, where families could hold a meeting and decide which of the kids should be used for rituals, on the consent of the kid himself!

It is doubtful today if anyone can actually put an exact and accurate figure to the number of victims who have been killed for money rituals in Nigeria over the years, but the figure should be running into thousands.

According to experts, ritual killings in Nigeria are performed to obtain human body parts for use in rituals that are expected to transform the perpetrator from poverty to wealth. Because of this, ritualists, also known as headhunters, go in search of human parts at the request of native doctors, who require them for the preparation of various magical potions.

Despite the proliferation of churches in Nigeria, ritual killings continue to be practiced and have in fact become more prevalent since 1999 according to experts.

Though more common in the South, experts say ritual murder is not limited to any specific part of the country and “every region, tribe and state has its own share of the scourge”.

In the last ten years alone, there’s been the cases of a “hunchbacked” person in four separate incidents reported in the capital of Ondo State, a convicted serial killer and former soldier who killed a 22-year-old female student in Kogi State, intending to dismember her body for ritual purposes, before being arrested by police, the story of two men from Nasawara State who confessed to killing a seven-year-old boy, severing his head for a man who had promised them 250,000 Naira, the story of seven people who were arrested for kidnapping, killing, and dismembering a young girl, reportedly for money-making rituals in Ebonyi State and so on.

Now, if one makes the argument that there is a group of wealthy people with connections to government contracts or other sources of businesses that can yield wealth, and this group requires a poor prospective member to dismember another person as a prove that he is ready and willing to keep a code of silence, or prove he can do anything to make money and as such is admitted into their group and given contracts, thereby transforming him into a wealthy person, I would agree because that sort of story makes more sense.

But why should I believe that after severing the head of the victim, and planting it in a wardrobe, the severed head would start vomiting raw cash? In which currency will the cash come and from where? Every single currency in circulation today has a serial number because the Central Bank of Nigeria CBN printed it, tell me, which serial number does these blood monies carry? Has the CBN ever reported any cash disappearances from its vaults at any time, which is not due to physical stealing? Why are the native doctors who promise riches through money making rituals always so impoverished and dependent on the ‘beneficiaries’ of the scheme to make them rich? Why is Nigeria now the poverty capital of the world? Why are there still poor people even in places where more ritualists have been arrested and why do such superstitions and beliefs in concepts like witchcraft, blood money etc., thrive in places with no awareness or little enlightenment? How many people who claim “money ritual”, “blood money” etc. is real today, can actually substantiate their claims? Why is it hard for an average European or American to believe in money rituals in the same way we Africans or Nigerians do?

Yet the vibrant Nigerian movie industry occasioned by the decline in celluloid film making and the rise in the availability of modern technology and social media, and the entry of the Igbo filmmakers into the industry, conitnue to ignore these questions and have totally changed the configuration of filmmaking in Nigeria.

While the likes of Helen Ukpabio’s Liberty Film Industries and Mount Zion Film Productions are making movies on the one hand and churches like Mountain of Fire Ministries, MFM and Lord’s Chosen on the other hand, are indoctrinating Nigerians into beliefs in witchcraft, the Igbo film industry has made the churning out of materials that are not relevant in the construction of public good, their major focus over the years.

And the dominant refrain in these films is the utilization of rituals to generate contexts in which wealth and riches transport the characters from a normal reality to a world of fantasy…where a pauper today with no skills or education, can become a wealthy man overnight because he severed his daughter’s head or that of his wife.

How can one even want wealth so much and therefore think the only way to get it is by dismembering another person?

Yet, this exactly what those who subscribe to money rituals want; wealth without the legitimate efforts required to acquire it. And we have seen how it often turn, police arrests.

Some may say, well, there are those who don’t get arrested and become wealthy, well, go investigate, there must be an explanation for their wealth, certainly not due to the dismembered body parts of innocent people.

I think we have reached a stage in our national life where we need to begin to vigorously debunk these and many superstitions like it, if for nothing, for the sake of the poor, vulnerable and innocent people who fall prey to these evil.

The author of an article I read recently asked the question: “Is it not curious that with all the claims of efficacy of money rituals in Africa, nobody can identify a single billionaire who made their money from such magic? Should the beneficiaries of such magic not be standing shoulder to shoulder with the billionaires of this world like Bill Gates and Mark Zuckerberg?” Yet, in my own village, I see men with rumours of money ritual swirling around them still as wretched and struggling like any other person

I understand that there are lot of readers with “vivid” stories who would disagree with me because we live in a society where we are constantly bombarded with such narratives, from popular culture to religious houses, considering our history of poverty, exploitation, and consequent disillusionment, I won’t blame such readers.

What do you expect, when people do not see a rational link between what some wealthy people do for a living and the bullion vans that drive money into their compound, they begin to accept that there must be some truth to the belief that spirits dispense favours and raw cash and such beliefs are further strengthened by our religious leaders?

Then, the media that uncritically reports stories of “money rituals” to a credulous audience. It is precisely because of the role that the media is playing in all this that gave birth to Doppler Effect Films. We want to see a society that is well educated, well informed, we want to share the stories of victims of these negative superstitions, we want to see a Nigeria that rises above superstitions that does nothing but destroy others.

Mind you, it is not as if there are societies in the world that are immune to these sort of superstitions, no! It is just that these civilized societies run in a way that, over time, they have established a logical connection between the factors of production, money, and politics.

Those who claim they can generate money through rituals, and demand human lives for that purpose, do so for various reasons. But the truth of the matter is, if they can actually do it, they would do it first for themselves, after all, who doesn’t want to be as rich as Bill Gates?

Time to begin to challenge these myths of money rituals, witchcraft etc. and save our vulnerable people from the machinations of evil imaginations.

The government must create more awareness and legislation too. Already, our Criminal Code (1990) states that a person who commits a murder will be sentenced to death and a person found in possession of a human head or skull… can be sentenced to five years in prison, it is time to enforce and improve on those laws. We need massive re-orientation in this country, and our religious houses should also join the effort.

About: Albert Afeso Akanbi is a writer, documentary filmmaker and humanitarian. He writes from Abuja, FCT, Nigeria.

LinkedInFacebookTweetPin The Nigeria police (NPF) has begun the recruitment of constables for 2020/2021. So if you want to see how