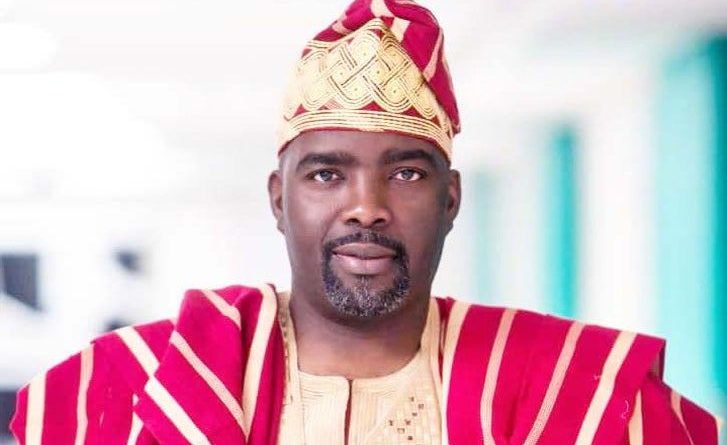 Otunba Adejare Rewane Adegbenro is a grandson of Chief Dauda Soroye Adegbenro, the late Premier of defunct Western Region and Pa Alfred Rewane, the late pro-democracy crusader and financier of the National Democratic Coalition, NADECO.
In this interview, he takes a critical look at the state of the nation and blames lawlessness for the backwardness of the country.

As an entrepreneur, how easy is it doing business in Nigeria?

I think doing business in Nigeria is very challenging. It would appear as if everything is designed to work against you. The level of corruption is a major bane that exists both in government and the private sector. People would not want to follow up on things already agreed upon. Instead, they would want you to go to court to buy time.
To alleviate this, my humble opinion is that the government should focus more on strengthening our legal system. Within the current realities, the judges are being overburdened. I was in court one day and there was no light. And as the judge wanted to use his phone to light up the court, somebody recorded it and was cautioned that once there was no light, he should not sit.
And until there are consequences for wrong actions by all persons, the business environment would remain challenging.

How can Nigeria’s image be redeemed in the international community?

To redeem image internationally, individuals need to make a conscious effort to change their ways. We need to be more patriotic, we need to talk to ourselves and believe that we are Nigerians. We need to know how to comport ourselves publicly both at home and abroad. Intriguingly, it is only when we are in Nigeria that we misbehave. When we go to other places we know what to do. It is only when we are at home that we misbehave because there is no consequence for misbehaviour here.

Every country advertises itself. The last person that tried to advertise Nigeria was former President Olusegun Obasanjo. Unfortunately, there is no sense of pride in Nigeria. We go abroad and pretend as if we are rich. And the international communities would look at us and say, they appear to be rich but go to their country and see that the country is an eyesore.

As an indigene of Ogun State, how do you see the new administration in the state?

I think Governor Dapo Abiodun has started very well. I want to applaud him because his proposed programmes and projects are people-oriented. He is doing things that directly impact lives. He is doing things that uplift people. We thank the former Governor Ibikunle Amosun for what he has done for the state, but I want to encourage Governor Abiodun to surpass his predecessor. Our prayer always is that the people coming after us would perform better.

On level of lawlessness

I believe Nigerians know the right things to do. And I think we are not doing them because there is no consequence for not doing the right things. When you start to punish people, they would sit up. I remember there was a time in this country when people were punished for not using the pedestrian bridges. But today, cyclists (Okada riders), don’t obey traffic lights. Even the law enforcement agents do not challenge the commercial transport workers. Who knows whether they are being paid or just being overwhelmed.

On the issue of lawlessness, let the government make a few scapegoats of the people and everybody would sit up. When the government leads by example and people will know that it is a no-nonsense government and key into its policies and there would be orderliness in the country.

What then, in specific terms, do you think is the major problem of Nigeria?

Nigeria’s key problem the way I see it is lack of leadership, which is enabled by the lack of followership. Where the people are willing to accept anything and anyone for money, passionate and effective leaders rarely rise in such nations. Within this reality, I dare to say that our current set of leaders is wicked. The reason is not far-fetched. They go abroad. The people who are most widely traveled on the planet earth are Nigerians. There is hardly any country in the world where there is no Nigerian. Why don’t we bring back a bit of what we see abroad so that the desire to run abroad would diminish?! We should replicate the good things over there at home so that we can also start to enjoy ourselves.

With your submission, is there any hope for the country?

Honestly, I believe there’s still hope. I have been studying the policy drive of General Muhammadu Buhari (Rtd) and I am honestly gladdened. You see Nigeria is a country that consumes finished products from other countries through subsidy. What we should be doing is subsiding raw materials and not finished products. Based on the policy approach of his government including the Central Bank of Nigeria, CBN, on rice farming, I am gladdened and have renewed hope.