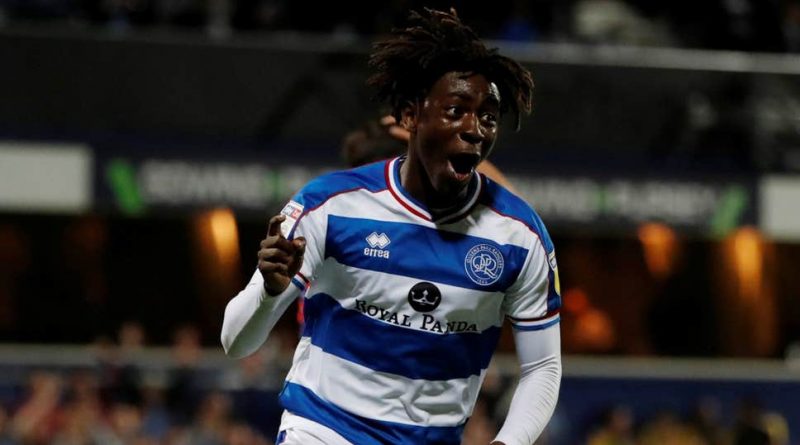 Gernot Rohr has been Nigeria’s national team manager since 2016, and in this period, several players born outside the shores of the country have pledged their international futures to the Super Eagles.

In fact, since he was appointed, a core of Rohr’s team has been players with dual nationalities. While the likes of William Troost Ekong, Alex Iwobi and Leon Balogun all made their debuts before Rohr arrived, they became established players in the team when Rohr came.

Recently, Cyriel Dessers and Kingsley Ehizibue declared their intentions to represent Nigeria despite being born in Belgium and Holland, respectively.

The mixture of this group of players along with players who had their formative years in Nigeria has brought considerable success for the Super Eagles under Rohr.

While there have been criticisms of how this approach neglects local league players, it has brought good results even though it’s yet to transform into trophies.

The defensive pairing of Ekong and Balogun famously called the ‘oyinbo wall, played a crucial role in Nigeria’s qualification for the 2018 World Cup.

Alex Iwobi scored the goal that sealed Nigeria’s place at the tournament in Russia, while Joe Aribo proved his worth, scoring in his first two games.

However, while Rohr and the Nigeria Football Federation (NFF) have been successful in convincing some Nigerian stars born outside the country to commit their international futures to Nigeria, They’ve also failed sometimes.

There is the case of Tammy Abraham and Fikayo Tomori who both chose England over Nigeria despite NFF’s public association with both players.

The recent case is that of Philp Billing who deceived Rohr to get attention from Denmark’s manager. The Bournemouth midfielder was born in Denmark’s capital, but he’s eligible to represent Nigeria through his father.

However, the 23-year-old has always revealed his desire is to play for Denmark as he feels more Danish. Billing even said Iwobi asked him if he’s interested in playing for Nigeria, but insisted he’s focused on Denmark.

“It wasn’t until when we [Bournemouth] were going to play against Everton a couple of weeks ago when Alex Iwobi asked if I might be interested in coming and playing for Nigeria,” Billing told BT, as per Bournemouth Echo.

“He said the coach had asked me. It was the first time I heard anything concrete myself.

“It would feel strange to have to play for Nigeria, even though my father is from there.

“I am half Nigerian, and I feel that way too, but I was born and raised in Denmark. My mother is Danish, and my sister is Danish, so it would feel strange to have to play for Nigeria.”

Although he made 12 appearances at youth level, he’s yet to make an appearance for the senior team as he is continually being ignored by the Red and Whites manager.

With his consistent omission from Denmark’s squad, reports had it that the former Huddersfield Town midfielder was considering his international future, and he’s ready to represent Nigeria. But it was later revealed that it was a ploy to get the attention of Denmark’s manager, Åge Fridtjof Hareide.

Speaking in a recent interview, Super Eagles manager, Gernot Rohr, confirmed he did reach out to Billing when his agent reached out to him, but he later discovered it’s just a tactic to get Denmark’s attention.

The fall out from Billing, Abraham and Fikayo’s pursuit is an embarrassment to both Rohr and the NFF, but it is something they can learn from, especially in Ebere Eze and Bukayo Saka’s chase.

Eze has been the shining light for QPR in what has been a below-par season for the Hoops. The 22-year-old’s 12 goals and eight assists have put him in a strong position to be named as Championship’s player of the season.

Saka meanwhile, has gone on to become one of Arsenal’s most important players at the age of 17. Both players were born in England but are eligible to play for Nigeria through their parents.

Last year, NFF’s president, Amaju Pinnick, visited Eze in London to persuade him to represent Nigeria at the international level.

Although trying to lure a player of Eze’s quality is not a bad thing, the public should not be privy to that information.

Pinnick’s meeting with the QPR star was announced on NFF’s social media handles, which is not needed as the player hasn’t made his decision.

When asked about his international future recently, Eze revealed he’s yet to decide, and it’s important Rohr and the NFF respect that decision.  One would’ve thought NFF had learnt its lesson in Abraham’s case before sharing the picture of Pinnick and Eze.

While it’s not wrong that the NFF are trying to lure these players, making it public knowledge even before the players announce their decision is an act of desperation.

It’ll be better if these players come out to announce their decision publicly, and when that happens, there won’t be a situation like that of Billing.

Both Eze and Saka will definitely be excellent additions to the Super Eagles. Still, the NFF and Rohr must apply wisdom in their pursuit to avoid a repeat of the Abraham scenario. 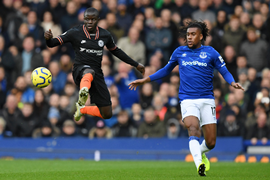