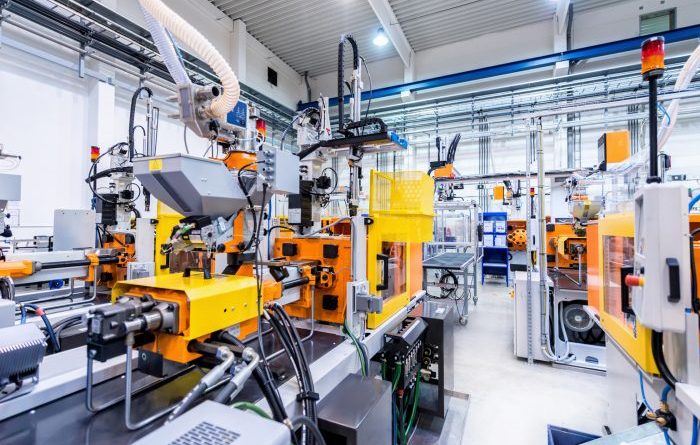 The world economy notably presents opportunities for learning about developing economies, Nigeria inclusive, and more emphatically as they strive to attain a place of reckoning in the global market. Whereas also, Nigeria’s history of low manufacturing productivity and poor agricultural business even in recent times would be acknowledged as no news, both on the part of the citizenry, the government, industry stakeholders as well as the international community.

However, the country’s drive over the years for more export earnings makes inevitable the clamor for manufacturing and agricultural output growth, as well as export diversification, among others, which are to aid improve the ability of the Nigerian economy to earn more foreign exchange resources through other world traded commodities beyond Brent crude oil and since it is argued that a nation’s vibrant exports trade are invariably a reflection of her height of sectoral productivity.

In other words, from an examination of progress made in other world economies, even the success story of the East Asian economies, there remains a lesson(s) for Nigeria – the vivid case of the importance of performance in manufactured goods exports. Thus, a challenge posed to industry stakeholders within the Nigerian hemisphere is for them to bear in mind that at the very instance their businesses can to a greater degree meet local demand with quality and affordable products, they invariably would be well-positioned, i.e. of capacity, to have (same) products compete globally as a testament of value contribution and as an evidence of increased market share.

Besides, amidst varied conceptions of a firm’s (or company’s) competitiveness, here attested of at best is the viewpoint that competitiveness transits from, but never losing, the practice of economies of scale (offering quality at lower costs) to improvement in market share (concurrently with output growth), and of which such is likened to the emphasis the firms (or companies) must be cost-effective, quality conscious and operationally efficient to continuously provide customers with greater value and satisfaction than their competitors, and a means, amidst others, going forward to achieve the foregoing would be to produce innovatively with local sources to meet domestic demand and not at this phase of the country’s industrialisation path to mean competing with foreign substitutes.

The decried state of Nigeria’s manufacturing sector, in brief, could be appreciated thus from the following. From reports, documented evidence has that the sector contributed about 18.8 percent of the Gross Domestic Product (GDP) in the year 2000, and recent computation showed the sector contributed only 9.3 percent to real GDP as of the second quarter in 2018 (Q2-18).

Hence, such makes a case for speedy efforts to revitalise its productivity. Nigeria’s manufacturing is as well noted as concentrated in a few products – in light-goods or consumer-goods manufacturing which makes evident the country’s dearth in capital-goods as well as intermediate-goods production domestically – with textiles, cigarettes, beverages, soaps, and detergents, and cement accounting for about 60 percent of total manufacturing output, and these subsectors attested to over the years benefited substantially from foreign investments, to be highly dependent on imports, and therefore vulnerable to foreign exchange difficulties.

Also, to note, the prevalence of rising production costs and poor appetite among Nigerian citizenry for locally-produced goods are identified as some of the factors constraining growth in manufacturing output. Statistics also reveal the food, beverage, and tobacco subsector to be a high contributing component of the country’s manufacturing GDP, while the textile, apparel, and footwear subsector could likewise be adjudged a viable investment destination. It is obvious thereof that revitalising the manufacturing sector will require among others, major investments in infrastructure and productivity-enhancing production systems.

On the other hand, the Nigerian agricultural sector which is reported to have contributed 41.5 percent of GDP in the year 2000 witnessed a dip relatively in her proportion of aggregate GDP put forth as 22.86 percent as of Q2-18, but still, the sector undoubtedly has so much potential that can be exploited. More of than not, while in the thought of the sector, there are tendencies to suggest or conclude as the case may be that activities here entirely relate to the act of tilling the soil and other sundry activities since the man with the hoe seems to be a typical description of the Nigerian farmer – a state of low-level mechanised production.

But their possibilities Nigeria’s agricultural sector offers interested enthusiasts and or participants (either as entrepreneurs, ancillary-services providers, etc.) which are either not recognised or identified with. Furthermore, it is notable that the agricultural sector is perceived in some quarters to be progressively less profitable, partly due to the challenges delimiting the sector’s performance over the years such as weak growth in crop production, fishing, and livestock activities amid occasions of flooding of farmlands, unrestrained pollution of water bodies, unavailability/poor deployment of irrigation solutions, poor competitiveness of Nigeria’s agricultural output, inconsistencies in agricultural projects/policy designs, amidst others.

However, the possible intra-sectoral and inter-sectoral linkages, most especially within the agricultural sector as well as between the same sector and the manufacturing sector need not be underestimated. Also, the continual depreciation of the naira in recent times demonstrates the importance of local sourcing by firms (or companies) domiciled in Nigeria – a need the agricultural sector in Nigeria, if well engaged-in and supported, can fulfill, and by extension, reinventing the agricultural value chains would go a long way to revitalise the sector, to meet domestic demand and to yield the country a place of reckoning in the global market. Thus, the preceding argument justifies the need to promote more the agro-allied industry.

Uddin is a faculty member at the School of Management and Social Sciences, Pan-Atlantic University, and worked at PearlMutual Consulting Limited, both in Lekki, Lagos, Nigeria.

One thought on “Nigeria in focus: Thoughts for manufacturing and agricultural businesses (1)”