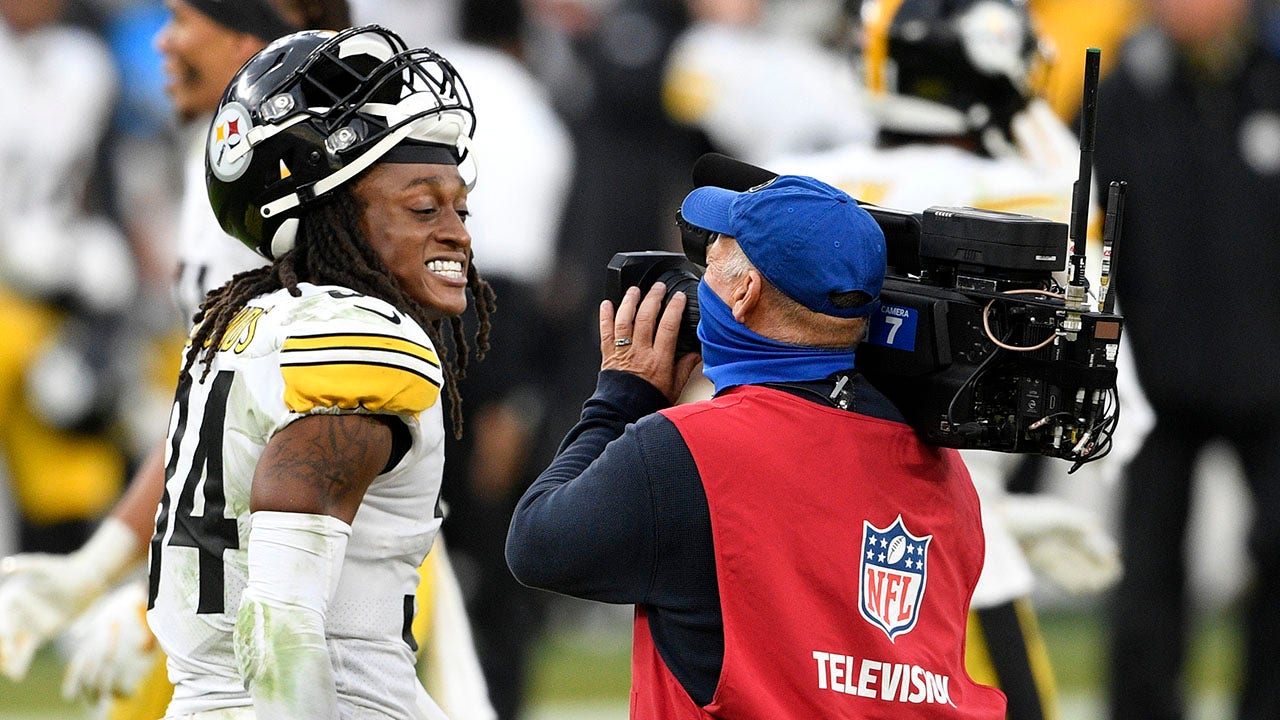 With Week 8 of the 2020 NFL regular season being nearly finished, there is at least one thing that has been made clear – the Pittsburgh Steelers are the best team in the league.

The Steelers narrowly defeated the Baltimore Ravens by four points on Sunday and it was thanks to a giant defensive effort and solid play from guys like Ben Roethlisberger and James Conner.

Patrick Mahomes is still a gunslinger and he proved that against the New York Jets in the Kansas City Chiefs’ blowout victory.

Here’s what else happened in Week 8 of the season.

The Falcons were finally able to close out a close game with their 25-17 victory over the Panthers. Matt Ryan had 281 passing yards and Julio Jones had 137 receiving yards in the win.

Pittsburgh Steelers linebacker Robert Spillane, left, celebrates with free safety Minkah Fitzpatrick after scoring on an interception of a pass from Baltimore Ravens quarterback Lamar Jackson, not visible, during the first half of an NFL football game, Sunday, Nov. 1, 2020, in Baltimore. (AP Photo/Nick Wass)

The Steelers’ defense started with a Pick Six from Robert Spillane and ended with a stop of Lamar Jackson as the clock hit triple zeroes. Ben Roethlisberger had two touchdown passes in the win.

STEELERS PICK UP SEVENTH CONSECUTIVE VICTORY, OFF TO HISTORIC START

Tua Tagovailoa picked up his first career win. He started with a fumble but later threw his first touchdown pass to DaVante Parker. The Dolphins moved to 4-3. The Rams fall to 5-3.

Patrick Mahomes had five touchdown passes in the game, two of which went to Tyreek Hill. Sam Darnold was held to 133 passing yards. The Jets failed to score a touchdown.

Dalvin Cook had four total touchdowns as the Vikings upset the Packers, 28-22. Aaron Rodgers had three touchdown passes of his own but they couldn’t get back over the hill to beat Minnesota.

Indianapolis Colts quarterback Philip Rivers (17) throws during the first half of an NFL football game against the Detroit Lions, Sunday, Nov. 1, 2020, in Detroit. (AP Photo/Tony Ding)

The Browns didn’t appear to show up in a blustery afternoon against the Raiders. Derek Carr threw the go-ahead touchdown to Hunter Renfrow early in the fourth quarter and Daniel Carlson sealed the game with a 24-yard field goal with less than 5 minutes to play.

Cincinnati Bengals quarterback Joe Burrow (9) motions a first down during the first half of an NFL football game against the Tennessee Titans, Sunday, Nov. 1, 2020, in Cincinnati. (AP Photo/Bryan Woolston)

The Bengals came through with a shocking upset against the Titans. Joe Burrow had two touchdown passes in the game. Derrick Henry ran for 11 yards and a touchdown.

The Seahawks dominated the 49ers in a game led by Russell Wilson and D.K. Metcalf. Wilson had four touchdown passes and 261 passing yards. Metcalf led all receivers with eight catches for 161 yards and two touchdowns. Seattle moved to 6-1. San Francisco fell to 4-4.

The Broncos made a stunning comeback against the Chargers. Drew Lock had three touchdown passes, including the game-winner to K.J. Hamler as time expired. Los Angeles led 24-3 in the third quarter.

New Orleans Saints quarterback Drew Brees (9) recovers a fumble in the first half of an NFL football game against the Chicago Bears in Chicago, Sunday, Nov. 1, 2020. (AP Photo/Nam Y. Huh)

The Saints needed to muster up any kind of energy to get past the Bears in a sloppy game. Will Lutz hit the game-winning field goal.

Philadelphia Eagles’ Carson Wentz passes during the second half of an NFL football game against the Dallas Cowboys, Sunday, Nov. 1, 2020, in Philadelphia. (AP Photo/Derik Hamilton)

The Eagles defeated the Cowboys in a very bad football game to close out Sunday night. Neither Carson Wentz nor Ben DiNucci played all that great but in the end Philadelphia came away with the win and hold their NFC East lead.

The NFL season is about halfway finished