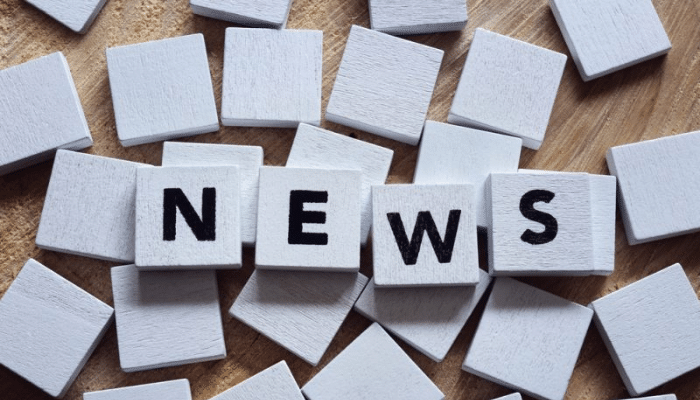 TIME100, a highly rated list that recognizes individuals who have influenced the world through their activism, innovation and achievement was recently released and we have three Nigerians on the list. Tony Elumelu, the Chairman, United Bank for Africa and Tony Elumelu Foundation (TEF) was awarded this honor. Elumelu is an advocate of collaborative efforts to transition Nigeria’s youth from poverty to prosperity. The amazing Tomi Adeyemi also made the list. The 27-year-old is a Best-selling Nigerian-American novelist and creative writing coach. She is best known for her groundbreaking book Children of Blood and Bone, which was also featured on TIME’s list of the best Young Adult and Children’s books of 2018. She was also named in Forbes 30 Under 30 list in 2019.

Also, we have a doctor on the list as Time named Nigerian physician Tunji Funsho one of the most influential people in the world. Funsho, a cardiologist based in Lagos, Nigeria, has played a significant role in the eradication of polio in Africa as the continent was declared polio-free in August 2020.

Female representation in STEM (science, technology, engineering and math) education is low globally, even lower for black women, so it is a big deal for us that Adji Bousso Dieng, a Senegalese will be Princeton’s School of Engineering’s first Black female faculty member. It becomes a bigger deal considering that Dieng is the first Black female faculty member in the history of Princeton School of Engineering and the first Black faculty member ever in the Department of Computer Science (COS). Data by the United Nations Educational, Scientific and Cultural Organization (UNESCO), shows that only 35 percent of students studying STEM in higher education globally are women. It is a good thing we have Dieng already setting the course to change this narrative. Dieng, who is currently a researcher at Google has a Ph.D. in statistics from Columbia University, and she is a foremost expert in the generative modeling branch of machine. “The core idea behind generative modeling is that you can learn everything there is to learn about the data if you learn to simulate data that looks like the data you observe,” she said in an interview with The Daily Princetonian.

Meanwhile, Analysts are of the opinion that the cut in MPR will not necessarily lead to a decline in interest rate on loans because that is still at the discretion of banks. According to them the decline in MPR will lead to a reduction in yields on government instruments, especially bonds, this will result in increased liquidity which means more supply of money which could pressure interest rates lower

The Independent National Electoral Commission has declared the candidate of the Peoples Democratic Party (PDP), Godwin Obaseki, winner of Saturday’s governorship election in Edo State. Obaseki polled 307,955 votes across the 18 local government areas of the state to defeat the All Progressives Congress candidate (APC), Osagie Ize-Iyamu, who scored 223,619 votes. Ironically, Obaseki was an APC candidate in 2016 when he won his first election not PDP. He won his first election of 2016 with the immense support of Adams Oshiomhole, the immediate past governor and former chairman of the APC. However, Obaseki and Oshiomhole had a fall out which led to an epic political battle now capped off with his victory in the elections. Mr. Obaseki will return as the Governor of the state for a second term.

Many businesses and school owners have been hit by the COVID-19 induced lockdowns as they some have been unable to pay staff salaries, but an opportunity has presented itself to help those in these categories. The Federal Government has announced plans to provide financial support for 1.7 million businesses and individuals across the country within the next 3 months. The scheme is estimated to save at least 1.3 million jobs across the country while targeting an average of 35,000 individuals per state. Businesses will be able to apply for benefits including a payroll support to cover salary obligations of between N30,000 to N50,000 per employee over 3 months, and this is targeted at 500,000 vulnerable Micro Small and Medium Enterprises (MSMEs). The portal opened on September 21, 2020 and prospective beneficiaries can access the portal via https://survivalfund.ng.There will also be provision of small grants of N50,000 to support the survival of 100,000 businesses most affected by the pandemic.

Nigeria’s biggest flour miller, Flour Mills of Nigeria (FMN), has appointed Juliet Anammah to its board of directors effective from September 10, 2020. This is good news considering the increased advocacy for more female representation on board seats in recent times. Female board representation on the Top 20 companies listed on Nigerian Stock Exchange (NSE) is just 21%. At a corporate level, Mckinsey found that African companies with at least 25% female representation on their boards, had a 20% higher than industry average earnings before interest and taxes (EBIT) margin. Hopefully, more companies follow this path in the coming days. Anammah is the current chairman of Jumia Nigeria board and the head of institutional affairs across Africa. She also serves on the board of many non-profit organizations involved in women development and trade expansion.

Afro pop-star, Yemi Alade is the newest of the United Nation Development Programme (UNDP) Goodwill Ambassador. According to UNDP, Alade will help shine a spotlight on the disproportionate impact of the health and socio-economic crisis on the poorest and most vulnerable people, who are often women, especially in developing nations.

Upon hearing the news, the international superstar took to social media to express her excitement at the prospect of championing the sustainable development goals of the UNDP and also affirmed that she is ready to offer innovative solutions to diverse global issues.

According to her, Women are among the 4 billion people who are trying to survive Covid-19 without any form of social protection and she is ready to lend her voice to the vulnerable and those most affected by the social-economic impact from the pandemic within her new role.

Chelsea chiefs have splashed the cash once more this summer, completing the signing of goalkeeper Edouard Mendy as Chelsea’s new goalkeeper. This makes him the most expensive Ligue 1 goalkeeper and consequently in competition with Kepa Arrizabalaga and Willy Caballero for the starting position. This is impressive considering he has faced several challenges on his way to the top. He has faced several months of unemployment and injuries. At the 2019 Africa Cup of Nations, Mendy who was Senegal’s goalkeeper sustained an injury that put an end to this tournament, but the 28-year-old has now risen to be one of the world’s most paid goalkeepers.