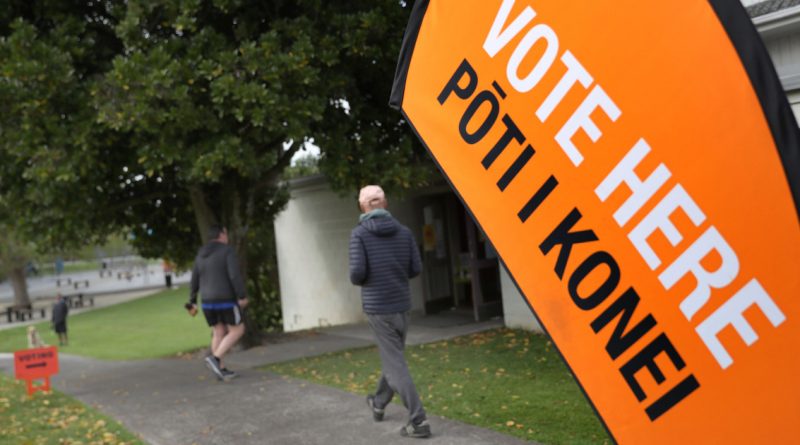 Auckland, New Zealand – Voters in New Zealand are expected to have voted “yes” in a referendum to legalise euthanasia when preliminary results are announced on Friday, underlining the measure’s consistent support among the public and the backing of newly returned Prime Minister Jacinda Ardern.

Polling has put support for the legislation, one of two referendums put to voters during the general election earlier this month, at above 60 percent. A “yes” vote will mean New Zealand joins a small group of nations and territories including the Netherlands and Canada that have legalised assisted dying.

The road to the End of Life Choice Bill, which took place at the same time as the election, began five years ago with lawyer Lecretia Seales.

After being diagnosed with a terminal brain tumour Seales wanted very much to remain alive, but her husband Matt Vickers says she was frustrated by the lack of personal autonomy for those facing terminal illnesses and the lack of political will to address the issue.

Seales brought a case before the courts arguing that euthanasia should not be interpreted as suicide under the Crimes Act because it was not a question of life or death, but whether a person was suffering on the way to an inevitable death.

She also argued it was her right not to be subject to cruel or degrading treatment under the Bill of Rights Act.

Seales did not win her case and died in 2015, hours after her family received a negative judgement from the Wellington High Court.

“The case put the issue into the spotlight and I don’t think the people of New Zealand were prepared for the case to be the end of the story,” said Vickers, who continued his wife’s campaign after her death.

“Irrespective of the outcome, New Zealanders have gotten the chance to have their say, which is fantastic,” he said. “If you’re for or against – either way – there has been a huge amount of discussion. The whole process has been incredibly positive.”

The legislation, which automatically becomes law if the referendum is passed, authorises a doctor to administer or prescribe a lethal dose of medication to competent adults suffering unbearably from a terminal illness that would probably end their life within six months.

Among the more than 45 safeguards that must be met, the person must request to end their life voluntarily and directly and cannot be wanting to end their life only because of advanced age or disability. Two doctors would have to agree to the decision.

New Zealanders have not taken the issue lightly.

Heather Gregory’s husband killed himself when the pain of the liver cancer he had endured for 10 years became too much and palliative care was unable to reduce his suffering.

Gregory suffered post-traumatic stress disorder as a result of her husband’s suicide and says she continues to experience anxiety six years on. She believes a legal right to euthanasia would have made it less traumatic.

“Death is not quick, or pleasant,” she said.

”It was not supposed to be like this. Had there been the choice for a safe option he could have requested to end his life when he was ready. We could have avoided what has been a traumatic experience for me and my children.”

Family Life International NZ’s Michelle Kaufman is against the bill.

A practising Catholic, she has always been passionate about life issues – from conception until death.

But her position on euthanasia was also shaped by the experience of a friend who outlived her terminal prognosis by 10 years.

Kaufman says that had euthanasia been available her friend would not have had that extra time.

“Doctors get it wrong,” she said. “Human life is such a precious gift you should be there, and be cared for until you naturally leave this world. The Latin word for compassion is to walk with another in their time of suffering. When you are walking, you don’t kill them.”

Stuart Armstrong was told he would not make it past 58 years old, but this year he celebrated his 60th birthday. He has an aggressive form of prostate cancer that is spreading to his bones. For him, assisted dying is a question of choice.

“If I meet the long list of criteria and I’m still well – I simply won’t do it. When things get gnarly I want to die on horseback with my wife beside me and surrounded by friends and family. I want to die on my terms.

“I also want to limit the stress on my friends and family seeing me suffer. There is no dignity in that. I don’t believe in God, but for those who do, they can suffer for their God if they wish, but that’s not for me.”

Researcher Jessica Young who is doing a doctorate on assisted dying said terminally ill people who took part in her study welcomed having an option.

Participants found solace in having the agency to choose the timing and manner of their death and felt the status quo was decided by those who were not at the end of their life.

“Much of the research has been conducted with healthy people and not those at the end of their lives,” Young said. “It is all very well for healthy adults to discuss the issue, but until you are dying, you don’t know what it is like.”

While those against euthanasia fear the most vulnerable will be harmed, or that healthy people will opt for euthanasia, international research suggests there is no widespread abuse of the practice, Young says.

According to evidence from the Netherlands and the US state of Oregon, assisted dying does not raise the risks for people categorised as vulnerable – which includes the elderly, women, those without health insurance and the disabled.

In New Zealand, where 16.5 percent of the population is Māori, some have rejected euthanasia as interfering with the sacred transition between life and death, says Selah Hart, CEO of Hāpai te Hauora (Māori Public Health).

“There is an understanding and connectivity to the spirits and gods where we acknowledge the passing of any individual as a natural process that should not be tampered with.”

“We have seen our people die on average 10 years earlier than mainstream groups from the kinds of diseases and health conditions that are an ongoing consequence of colonial history,” she said.

“Whether that’s as a result of losing an economic foundation we once had, meaning we are more likely to live in poverty and are over-represented in some of the worst social indicators. It means we don’t have the same access to healthcare and we are vulnerable to suffer for longer periods.”

Still, despite the distrust of the system, newly released polls conducted by Curia Market Research show that 53 percent of people support euthanasia across all seven Māori electorates. This follows research undertaken by Horizon that found 72 percent of Māori said they would vote in support of the change.

The final outcome of the referendum will be confirmed on November 6, and a “yes” vote will give the government until October 2021 to implement the changes.

Hart says education will be crucial to ensure the legislation is fully understood by every New Zealand family including Māori.

“Officials need to support our people so they don’t slip through the cracks, which has been the case traditionally with most policy changes,” Hart said.

How and When Do Overseas Filipino Workers Celebrate Father’s Day?