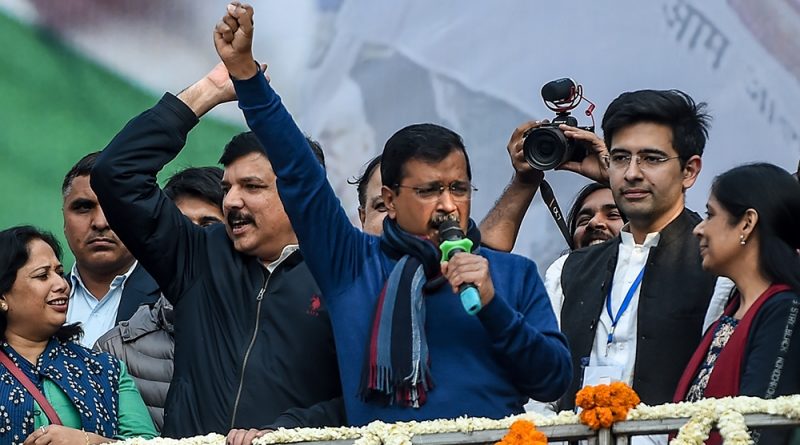 Delhi’s governing Aam Aadmi Party (Common Man’s Party or AAP) is on course for a stunning win in the assembly elections, according to the latest poll results.

The Congress party, led by Italian-born Sonia Gandhi, repeated its 2015 performance and once again drew a blank. Full results were expected later on Tuesday.

The results show the BJP’s divisive campaigning did not seem to pay off, as voters opted for incumbent Chief Minister Arvind Kejriwal’s pro-poor policies.

“The Delhi result is extremely important because it signals a defeat of the politics of polarisation and division that BJP unleashed here,” political analyst Zoya Hasan told Al Jazeera.

“This election was perhaps the most hate-filled election in India’s electoral history. The Delhi voter has given a very good message to the country that hate politics doesn’t work …” said Hasan, who is also Professor Emeritus at Jawaharlal Nehru University (JNU).

“I hope the BJP will learn a lesson and shouldn’t repeat this kind of blatant hate politics in other states that are going to elections in the next two years.”

Exit polls released on Saturday projected the AAP, led by Kejriwal, winning more than 50 seats. In the last elections held in 2015, the incumbent party won 67 out of 70 seats.

Nearly 61 percent of the capital’s 14.7 million voters cast their ballots on Saturday in elections believed to be a litmus test for Modi in the wake of deadly anti-government protests that erupted nearly two months ago.

Neha Tyagi, vice president of AAP’s women wing, said: “We were expecting a win, but the way it is trending we are happy.”

“People have voted for the development work that AAP has been able to deliver in the last tenure,” she told Al Jazeera. 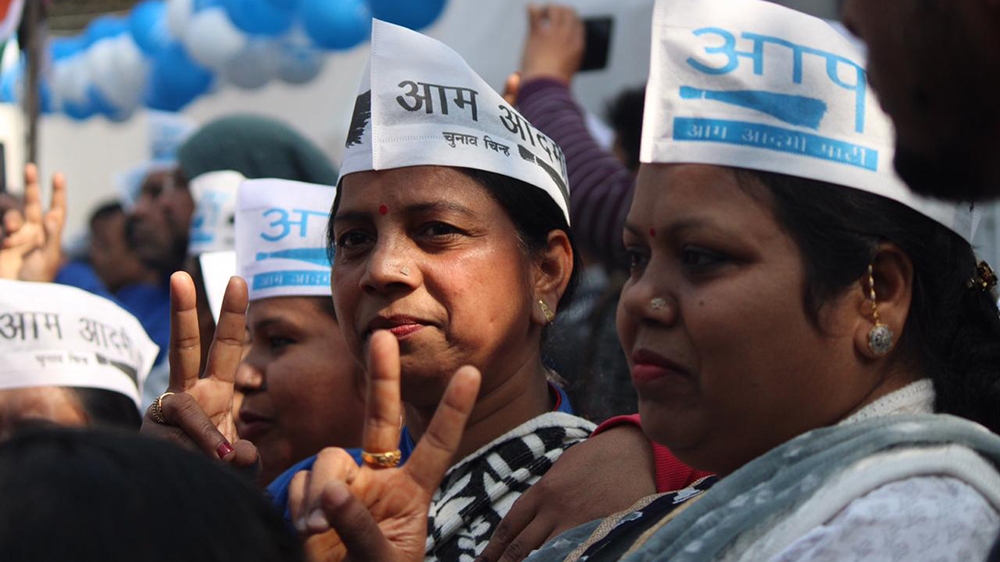 The AAP’s pro-poor policies have focused on fixing state-run schools and providing free healthcare and bus fares for women during its first term.

The BJP was accused of running a campaign based on religious polarisation, with many of its leaders targeting the Muslim community, who form a little more than 10 percent of the capital’s population.

The New Delhi election is being seen as a test of Modi’s popularity following months of deadly nationwide anti-government protests against a new Citizenship Amendment Act (CAA) that saw thousands of people take to the streets daily in the capital and across India.

The law makes it easier for non-Muslim immigrants from three neighbouring countries who came to India before 2015 to become Indian citizens, a provision that forces critics to call the legislation anti-Muslim.

The CAA and a proposed nationwide National Register of Citizens have stoked suspicion that Modi wants to turn secular India into a Hindu nation, something his party denies.

“BJP tried its best to make CAA a big election issue, but people gave its mandate to AAP on the development work it has done in the last five years and rejected BJP.”

The Hindu-nationalist BJP led by Modi won a bigger majority in a general election in May, but it has lost a string of state elections since then. The party ran a campaign accusing protesters of supporting India’s archrival Pakistan.

The Congress – the main opposition at the national level – was projected to win no seats in Delhi on Tuesday, data showed, reflecting the deep decline in its fortunes.

Bilal Kuchay contributed to this report from New Delhi

Why Does Racism Continue?