Here is another network marketing strategy for you to keep in mind.

So here’s my story, I remember in sixth grade playing basketball for my school every Saturday morning during the basketball season. We played every Saturday where the high school team played, we were very good. There was Jeff, Carl, Terry and myself and one other person that truthfully I don’t remember who it was. Our coach was an assistant for the high school team, his name was Dean Evans. He was a very good coach and knew a lot about basketball. He designed this one play that was set up for a jump ball. Terry was the designated person who did the jump ball, and man could he jump, more times than not he would get the tip. So back to the play, it was designed for Terry to tip the ball to me and as soon as that happened Carl was to release toward the basket, and I would throw the ball to Carl, and he was to make a lay up. I was to follow behind Carl in case he missed the lay up. This one particular Saturday we were playing a very good team, we were behind. There we were in the middle of the court for a jump ball. Terry got the tip and tipped it to me and immediately Carl released, and I hit him in stride with the pass for the lay up. In this particular instance he missed, but I was there just as it was drawn up, to lay it in. It was pretty exciting. A little side note we went on to win the game.

So you might be thinking what in the world has that story to do with network marketing. Here’s how it relates, in my opinion, I see network marketing as a team sport. It takes everyone on the team contributing to the overall success of everyone on the team, and the team itself. Each person on the team has a part to play and as long as each one does their part it works. If someone doesn’t do their part it can still work just not as well and maybe not for them. Just like in my story Terry had to tip the ball to someone other than himself for this play to work, his team members each did their part and because of that we scored. All these years later that still sticks in my mind and is a highlight of my basketball days when I was in the sixth grade. Terry could not have done it by himself and neither could I, it took each one of us doing our part to make it work.

My experience that tells me it is the same in network marketing or a home-based business. We hear the saying all the time you’re in business for yourself but not by yourself but yet so much of the time not only are we in business for ourselves it’s also by ourselves. That scenario does not work very well if at all. In this industry what happens more times than not is people will bring people into the business but not be there after the fact. That is not how it is supposed to be, yes it’s called network marketing but don’t forget the network after you have brought them in. If you want to succeed in any business what you do or should do is surround yourself with people who are smarter than yourself. If you are not going to be there to help people succeed then, please don’t bring them into the business, you are only setting them up for failure. This is a team sport, I don’t know the person on your team who tips the ball, and I don’t know who catches the ball and passes it for the score. This I do know it takes each one of us doing what we can to get us to the place where we can score. In this industry it is all about people, not just individuals or superstars, its about team and each helping, supporting and encouraging one another to stay focused and to stay the course.

Technology and Tools to Boost Up Your Real Estate Dealings 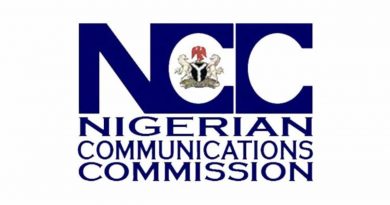