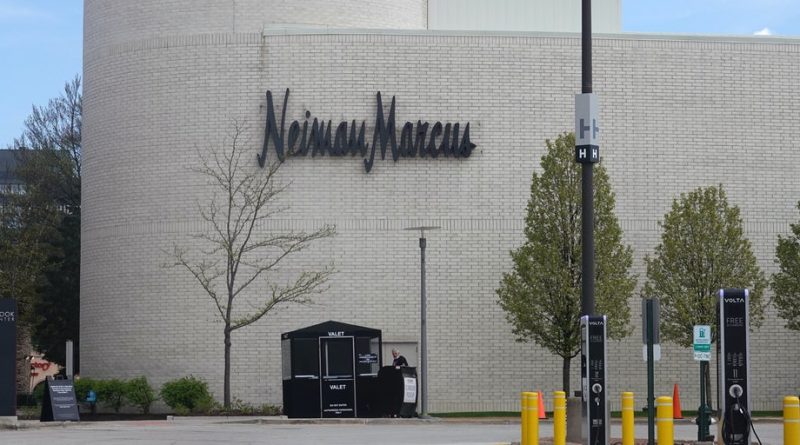 
NEW YORK, United States —  Neiman Marcus Group Inc. won court permission on Friday to leave behind the debts and drama that pushed it into bankruptcy, just a day after its harshest critic was arrested on federal charges stemming from the case.

A bankruptcy judge in Houston approved a plan that hands ownership to creditors in return for forgiving about $4 billion of Neiman’s $5.5 billion in borrowings. When all the paper shuffling is done in the coming weeks, the luxury department store will still be in business, presumably in better financial shape to compete in a cutthroat retail environment.

“Most companies have been taking on more debt during the pandemic. Neiman has shaved debt and increased cash liquidity” through the bankruptcy process,“which is an enormous competitive advantage,” Neiman’s Chief Executive Officer Geoffroy van Raemdonck said in an interview with Bloomberg Friday.

Watching the process from the sidelines has been Dan Kamensky, co-founder of Marble Ridge Capital LP and the company’s nemesis for the last two years. On Thursday, Kamensky was charged with securities fraud, extortion and obstruction. Prosecutors say he pressured an investment bank into dropping plans to outbid Marble Ridge for a stake in Neiman’s valuable Mytheresa unit while the chain was in bankruptcy, and then sought to cover it up. He declined to comment through a spokesman.

This matters because Kamensky was co-chair for a committee of unsecured creditors, who were demanding a piece of Mytheresa to compensate for their losses and counting on Kamensky to help get the highest return for everyone. US officials contend he sought to take advantage of his role to benefit the portfolio he managed at the expense of the other unsecured creditors.

“I can’t comment on ongoing litigation,” van Raemdonck said. “But none of us expected it. It was a surprising part of the process.”

Neiman Marcus said in a statement it expects to be out of bankruptcy by Sept. 30.

“There aren’t three people in the country who would have done what you did,” Jones said. “Your integrity has no price.”

“What they did was hard,” Jones said. “No one is every going to tell them thank you. But I appreciate their honor.”

Kamensky’s lawyer Patrick Hughes told Jones that his client supports Neiman’s reorganisation and is committed to “making amends” for his actions.

“We still intend to try to seek agreements and try to develop some resolution to what’s transpired,” Hughes told Jones, referring to any bankruptcy court action Jones may take to hold Kamensky responsible.

The creditor’s group led by Pachulski ultimately agreed to drop objections to Neiman’s reorganisation in exchange for a stake in Mytheresa. While the criminal charges are intimately tied to the bankruptcy, the cases are separate and Kamensky’s arrest probably won’t change the course of Neiman’s revival.

Their contentious relationship dates from 2018, long before Neiman’s bankruptcy. That year, the New York hedge fund sued the Dallas-based retailer over its treatment of Mytheresa, a fast-growing online unit at a time when the rest of the company was struggling.

Marble Ridge, a distressed-debt investment firm, was among the smaller members in group of creditors that had been seeking to strengthen their positions as Neiman tried to rework its heavy debt load and avoid bankruptcy. The contention was that Neiman’s corporate maneuvering had weakened their claim on Mytheresa as collateral.

Leading the charge was Kamensky, who worked as a bankruptcy attorney before co-founding Marble Ridge. The investor made his firm’s dispute with Neiman public with published letters and a complaint filed in Dallas court. Neiman shot back with a countersuit seeking damages against the firm for making alleged “false statements” with the intent to harm the company.

The retailer said it tried to play nice with Marble Ridge after the fund complained about the asset shuffle, but Kamensky didn’t engage.

Marble Ridge later condemned a proposed settlement, saying Neiman “merely seeks to pressure creditors to forgive the misconduct of the board and turn a blind eye to the sponsors’ self-enrichment scheme.” It compared the retailer’s restructuring plan to a “devil’s bargain.”

The brawl continued after the retailer filed bankruptcy in May. Kamensky and his firm landed a seat on Neiman’s official committee of unsecured creditors. That group was quick to oppose the company’s financing plans, citing the Mytheresa maneuver.

Pachulski helped broker a deal in which the lower-ranking creditors represented by the panel would be given a stake in Mytheresa in exchange for dropping claims against Neiman’s main equity sponsors.

To make the deal work for unsecured creditors who wanted cash instead of Mytheresa shares, Pachulski began negotiating with Kamensky on a proposal for Marble Ridge to buy the securities from those who wanted to sell. Before that potential “cash out option” was put together, Jefferies indicated it might be willing to pay more for the shares than Marble Ridge, according to court documents.

When Kamensky learned about Jefferies, he allegedly called the investment bank and coerced it into dropping its tentative bid — an abuse of his obligation as committee co-chairman to get the best deal for everyone, according to court documents.

Kamensky’s actions were reported to the Office of the U.S. Trustee by Pachulski. When Judge Jones learned about the incident, he ordered the Trustee to investigate. The report from the Trustee’s office, which is an arm of the U.S. Justice Department, concluded Kamensky had attempted to drive off Jefferies.

The assertion roiled the company’s reorganisation process, and forced the hedge fund to close its doors for good. Within weeks, Kamensky was arrested by federal authorities and sued by the Securities and Exchange Commission.

Jones suggested that Kamensky could be banned from serving on creditor panels in the future, and could be liable for the legal fees and other expenses related to the investigation of his actions.

What’s more, Jones raised the possibility that Marble Ridge could lose some of its priority for repayment in the deal that Kamensky’s committee helped to negotiate.

By Katherine Doherty and Steven Church