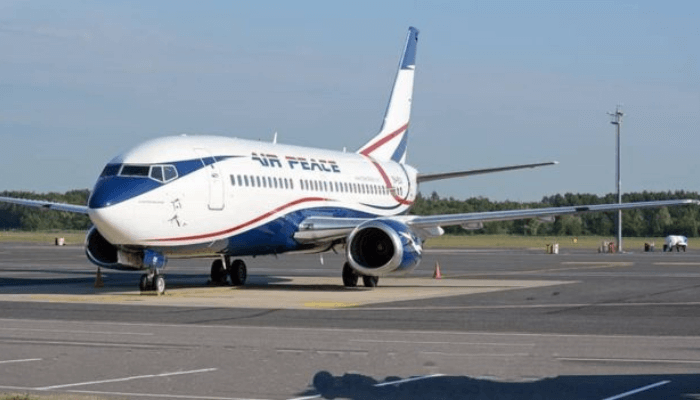 Over two years after the Federal Government launched ‘Nigeria Air,’ the country’s supposed National Carrier which never saw the light of day, stakeholders have again counted the project among the failed projects in the aviation industry.

Investigations show that Nigeria Air was suspended by the Federal Government because members of the Federal Executive Council (FEC) were divided on the modalities for its establishment.

While some believed that the Federal Government should invest and sell the equity later, others were of the opinion that investors should buy into it and they will be given the franchise.

While Nigeria Air was not the only failed attempt by the Federal Government to set up or run a successful national carrier, other attempts have failed over power play, government intervention, lack of management and unhealthy competition, amongst others.

READ ALSO: How barge operations are changing the face of Nigeria’s maritime logistics

Richard Branson, the chairman of Virgin Atlantic said: “We have virgin’s ill-fated footsteps by setting up a new airline in Africa in conjunction with the Nigerian government. The details of the doomed attempts to crack the Nigerian market are better imagined. We put together a very good airline- the first airline in West Africa that was ever IOSA/IATA operational safety audit accredited but unfortunately it got tied down to the politics of the country. We led the airlines for 11 years.”

According to Branson, “We fought a daily battle against government agents who wanted to daily make fortune from us; politicians who saw the government 49 percent as a meal to seek for all kinds of favour, watchdogs (regulatory body) that didn’t know what to do and persistently asking for bribes at any point.”

He disclosed that N3billion was realised for the Federal Government of Nigeria during the joint venture and the government didn’t bring anything to the table except dubious debts by the previous carrier, Nigeria Airways

He regretted that the joint venture should have been the biggest African carrier by now if the partnership was allowed to grow, but the politicians killed it.

It was, therefore, with surprise that stakeholders and experts in the aviation sector received news that Hadi Sirika, the minister of aviation, gave an indication to float a new national carrier next year as part of its roadmap for the aviation sector in the 2021 budget.

The Federal Government had disclosed plans to float Nigeria Air, among other aviation critical projects by 2021. The projects got N78b in 2021 budget.

The national carrier was intended to replace the defunct Nigeria Airways that ceased operations in 2003. The replacement was designed as a Public-Private Partnership (PPP) with the FG likely to own as much as 10 percent stake.

The national carrier is also featured in the N27 billion bailout fund earlier proposed for the aviation sector in the aftermath of Covid-19 pandemic.

Experts have argued that considering the challenges the sector is facing as airlines struggle to recover from the impact of Covid-19 and passenger traffic dropping to as much as 50 percent, another project as huge as a national carrier may amount to a white elephant project.

They wonder if there is any sense in implementing the national carrier plan at this time of lean resources, downtime of global aviation and scarcity of credible investors.

They say resources that will be channelled to this project should rather be used to build airport infrastructures and help support local carriers like Air Peace that is already making giant strides by representing Nigeria in other parts of the world.

John Ojikutu, a member of an aviation industry think-tank group, Aviation Round Table (ART) and chief executive of Centurion Securities, told BusinessDay SUNDAY this is not a time to be talking of national carrier when air passengers have dropped by more than 50 percent and most airlines are shedding weights of fleet and manpower.

Ojikutu also explained that the finance for such ventures is not available in developing countries that would need such money for pressing social services needs of the majority of their people.

He, therefore, advised that rather than spend such money on a national carrier, the government should look at how to improve the aeronautical landing facilities of many of the country’s airports that do not offer night landing facilities for the domestic airline operators, adding that there are over 12 of such airports.

“With our population compared to South Africa and Mexico, we need to encourage domestic air travelling now more than international; the Nigeria 26 airports do not carry up to 20 million passengers, whereas Johannesburg Airport of SA alone carries more than 22million passengers.

“We can begin to develop our domestic airlines as flag carriers through regulations. A good economic audit for three to four years should qualify a domestic airline for regional; a further success of another three years economic audit should further qualify the airline for continental and further same to qualify it for intercontinental routes. It should no longer be automatic for any airline to be designated as a flag carrier,” Ojikutu said.

For Seyi Adewale, chief executive officer of Mainstream Cargo Limited, implementing a national carrier would create jobs both direct and indirect and may lead to potential good aircraft purchase deals at this period but getting credible investors will require Nigeria setting up its own criteria for its choice of investors and set terms the country will be unwilling to accept.

Adewale however, suggested that domestic carriers can be empowered by the government by asserting or incentivising foreign airlines to code-share with them.

Measures to put in place to ensure private-owned airlines survive

Rather than setting up a national carrier, aviation operators have called on the government to create an enabling environment for domestic airlines to survive.

Nogie Meggison, former chairman Airline Operators of Nigeria (AON), said some of the major issues that need to be addressed to grow the industry include: removal of Value Added Tax as domestic airlines were the only mode of transport still paying it; and review of the five per cent Ticket Sales Charge to a flat rate in line with the global best practices as well as harmonisation of over 35 multiple charges which add huge burdens on airlines, among others.

Nogie said, “A clear economic policy for the survival of domestic airlines is very critical at this time which has resulted over the years in the death of over 25 airlines in 30 years. Investors are in the business of aviation for the profit and can’t make a profit without safety or have a safe airline without profit.

“These are some of the main reasons for the short life span of Nigerian airlines averaging about eight years. With the growth in demand for domestic air travel, Nigeria can become the hub for Africa and easily make aviation the fourth contributor to the economy and a major contributor to the Gross Domestic Product as well as create 200,000 new jobs for our ailing youths through its direct and indirect link.”

Seyi Adewale, another aviation expert, said airlines at this period can be supported by the government through deliberate sourcing, loans, grants, tax waivers, special forex windows and rates, airport infrastructure deliberate upgrades or construction, and reduction of airport taxes or surcharges.

Adewale stated that locally and in Nigeria, the government can consider expanding the definition of aircraft spare parts to include other important aircraft items such as brake ASSY, safety appliances, rafts, aircraft tires in order to enjoy 0 percent duty waivers.

“In consultation with relevant bodies, companies and associations, increase the seven – day grace to clear cargoes to 14 days and reduce the Airport Authority concession fee from five percent to 2.5 percent with at least three months concession payment – free period. This frees cash for aviation service providers that are tenants to these airport authorities,” he explained.

Why Air Peace giant strides must be encouraged

As stakeholders advise the government to give a second thought to the idea of setting up a national carrier, they have also acknowledged the strides made by domestic airlines, especially AirPeace that have continued to represent the country internationally, they say airlines like Air Peace should be given the treatment accorded to a national carrier.

Air Peace is the most stable of the airlines and it is not by accident that the airlines account for about 40 per cent of 2018 total passengers on the local front.

Indeed, the airlines led the way with an unprecedented investment in aircraft in its bid to make a strong case for Nigerian flag carriers on regional and international skies, even as no city is left behind on the home front.

To this effect, the airline recently placed a firm order for 10 brand new Embraer 195-E2 aircraft. The order comprises purchase rights for another 20 E195-E2 jets. Also, 124-seater jet in dual-class and 146-seater jet in single class configurations respectively. With all purchase rights exercised, the contract is valued at N640.5 billion ($2.12 billion) based on current list prices.

The carrier also set a regional record in September 2018 when it ordered 10 brand new aircraft from Boeing, increasing its fleet size then to about 37 aircraft. With the new order, Air Peace’s fleet size has increased to 67 aircraft.

Air Peace had earlier set a domestic record as the first Nigerian airline to acquire and register the Boeing 777 aircraft in the country. Three of the four wide-body aircraft it acquired for its long-haul operations to Dubai, Sharjah, Johannesburg, London, Houston, Guangzhou, and Mumbai have so far been delivered.

Industry stakeholders though marvelled at the unparalleled investment in capacity, they are optimistic that the 14 million passenger record may as well double in a year when at least half of Air Peace new orders join the current operating fleet.

The country which currently flies into the United Arab Emirates, (UAE) announced that it will be commencing regular commercial flight operations from its Lagos hub into the city of Johannesburg, South Africa, soon, in keeping with its vision to provide seamless connectivity across cities.

It is, therefore, instructive to query the existence of a national carrier where there are capable airlines already not only representing the country but also creating job opportunities.