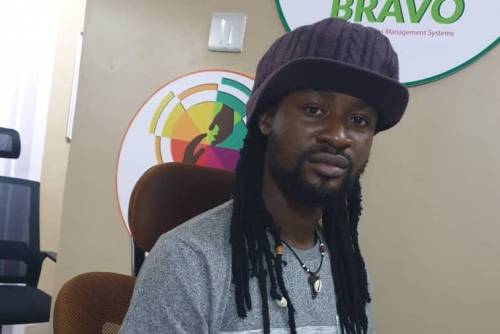 If wishes were horses, beggars would ride, every pop sensation would be an activist and every fan club would be a rebel movement. But the barricades are not for dreamers. Political rebellions are carried out by those willing to defy the repression the state wields towards a serious challenge against the status quo.

Azeez Fashola popularly known as Naira Marley is a rapper and singer, known for his witty Yoruba rap lyrics laced in the idiom of Lagos street life. He comes out of the recent school of millennial Afrobeat superstars who have both caught the eye of the globe and held sway over Nigerian pop culture since around 2017. He grew up in South London, in the UK, where his career also started and where he developed an early following. But it was in Nigeria that he became a star. It started when in 2019 he released the song “Am I a yahoo Boy.” The latter refers to online scammers who have given Nigeria a bad name. The song offered a comical defense of Marley against supposed allegations that his wealth and fame were a product of online scams. Then, the EFCC (Economic and Financial Crime Commission) raided his house, detained him and charged him with fraud.

Judging by internet reactions to his viral hit song and the news of arrest which was largely perceived as unlawful, many young Nigerians embraced Marley as a challenge to the status quo. Marley seemed to reinforce this perception when he threw up the black power fist during one of his court sessions. Marley’s travails at the hands of the anti-corruption agency appealed to a widely held cynicism among a strata of Nigerian millennials who view internet fraud as an almost pardonable sin in comparison to the level of financial impropriety associated with the worlds of Nigerian politics, religion, and business. Naira Marley aptly captured this position in “Am I a yahoo boy”: “Government na barawo, bloggers na arm robber, imam dey gbaladun, pastor na enjoyment,” meaning the government is a thief, bloggers are armed robbers, imams are living luxuriously while the pastors enjoy opulent living.

But are we too quick to see anti-establishment figures and countercultural youth such as Naira Marley as political rebels? That may be the case with Naira Marley, someone who has articulated no politics of liberation. It is important to remember that popularity among the dispossessed is not equivalent to a political vision.

Naira Marley’s fan club, now popularly known as Marlians, lack the socio-political consciousness or to be called a social or political movement. But of course, this was not inevitable. In a different world, Naira Marley, after his release from detention might have offered a more radical message to his followers, particularly at a time when young people the world over are increasingly calling for an end to violent and unaccountable policing. The rapper has amassed a following of diehard fans who would listen to him if he did decide to take it up a notch by educating his fanbase on why they should organize against class oppression.

However, that is not the world we live in. Though misconstrued as a revolutionary movement, Marlians are bereft of every modicum of organizational or ideological coherence. Naira Marley does not fundamentally deviate from a well-worn path within mainstream rap music of offering playful lyrics about a life of sex, drugs, and crime. Though his message challenges the cultural conservatism of Nigerian society, it is inconsistent with the political status quo. He is not the first pop star to explore these themes or to garner a large followership as a result. Rather, Marley shares the mentality of many of his contemporary musicians in Nigeria who see music as a means to “blow”— to secure capital through selling appealing music as well as by singing the praises of popular and affluent people regardless of their source of wealth. A classic example of the latter is Burna Boy’s 2019 song “Dangote”, which eronnously casts the billionare as a successful hustler to be emulated, but stays silent about how Dangote’s monopoly has been supported by state tax waivers and public private parternships that have done little to improve the general state of life in Nigeria.

Popular Nigerian musicians have not always prioritized the need to blow. To take a well-known example, Fela Kuti sang about all the ills of various military and corrupt civilian governments,
then became more vociferous against the ruling class after every release from detention, formed a revolutionary movement called MOP (Movement of the People) and almost registered it as a political party until he was wrongly disqualified. He led protests and took every opportunity to sensitize his fans whenever the media were around for interviews irrespective of what the media initially came for. He prioritized revolutionary conscientization over self-promotion and slang slinging.

I personally enjoy Naira Marley’s music and, aside from his glorification of fraud, I have never been opposed to the counter-cultural content of his lyrics. However, being a proud deviant (departing from usual or accepted standards, especially in social or sexual behavior) as we Marlians are, can too often remain a socio-cultural disposition. For instance, it would be inappropriate to describe certain strands of Nigerian hipsterism as social awareness or overt political rebellion. Though countercultural, Marlians do not appear to exhibit the conscious effort or necessary awareness to challenge Nigeria’s economic or political system. No such challenge can be launched by an un-shepherded fan base.

In contrast, radical artists speak to issues that affect the masses either directly or through their lyrics and art. This requires more than chanting “marlians come forward” and “gbe body eh” [ lift your body or turn up] on stage. You can’t promise your fans not to be afraid because you are with them – “mafo mo wa Pelue” [pledging fake solidarity] but become gravely silent when Nigerians are oppressed or killed by the state agents like the Special Anti-Robbery Squad (SARS) and the Nigerian army. Even by the standard of online political activism, Marley has remained noticeably absent from anti-corruption or police brutality hashtags on social media and has offered no public acknowledgement in support of the victims of the current violent policing regime.

Beyond symbolic displays of dissent, has Marley yet offered us a practical act of political rebellion? As a fan of Naira Marley, I have sought in vain for an example of this. At the end Marley inadvertently teaches young Nigerians an important lesson about politics: that it will take more than counter-cultural popularity to effect any tangible change in our society.