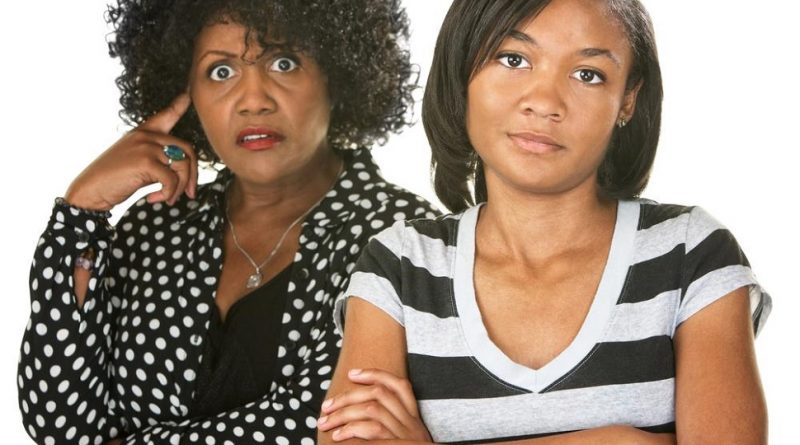 My husband and I are members of Lively Stones. Thank you for this great platform, where we learn everyday. But right now, I need my platform to advise us …because I am so angry …before I say something or do something I might regret.

So we have been married for 3 years now. We have a beautiful daughter. My husband is a very nice man. We are doing fine, building a future together. We both work and maintain a joint account  as well as personal accounts.

Being married to an Idoma man is not easy. Being a Delta person, his family did not really take to me for a while. Especially his mother. They wanted him to marry from his place. But gradually, things went well. At least, we maintain a fairly cordial relationship.

My mother in law came to visit us for the first time since we got married last month. Through out her stay,she gave attitude and tried many times to annoy me. But I knew I had to act mature and endure everything just to make sure that we do not fall out.

When it was time for her to leave, she said she wanted to buy things at Shoprite. My husband asked me to take her shopping.  I wondered why at shoprite cos things are not as cheap as other places. My husband said he will give her some money, I wanted to ask but as a good wife, I kept quiet cos I did not want to cause any stir.

I agreed and we set out. My mother in-law has children abroad so when he said she wanted to shop at shoprite, I thought she also had money, maybe from her children abroad.

On getting to the first store, my mother in-law bought so many nice and expensive things worth over N276k. When she was done, she paid with a card and immediately I got an alert from our joint account. I could not believe it. My husband gave his mother our joint account atm card to go for shopping!

I stepped outside and called my husband. He said he told her she can only use like 50k. But my point is,why even give her access to a joint account without telling me? That account is our savings for our capital projects. I have not idea why my husband would do this.

Not only did this woman shop in expensive stores…she spent almost 700k from our joint account that day. My husband was like,I should not say anything so she would not get angry and start trouble that we have been avoiding since she came to visit.

It took everything from me not to voice my anger. My mother in-law noticed my demeanor changed during and after the shopping and she started saying that I do not want her to enjoy her son. I lost my cool at that point.

I told her she was being unfair. Her son and me are not rich people. She knows how we are hustling to stand on our feet yet she is demanding heaven and earth from us. I told her she had no right to spend so much money on us.

That was what she was waiting for. She said all manner of rubbish and said I was a wicked person who does not want her to enjoy her son…hence she never liked me. I was upset and did not care what she said. That day,my husband got very angry with me for letting his mother know she spent too much money.

This woman said she was leaving everything she bought and not interested in ever coming to our house. Through out all these,I kept quiet. My husband was asking me to go and beg his mother but I refused because, that joint account had 850k that we had saved over a year and his mother spent 700k in one day. And he wants me to beg her?

Yes,he told his mother that she was wrong for spending more than the amount they agreed upon but he caused it by giving her the atm card in the first place. I think his mother needs to be told she was wrong and she is the one that needs to apologize….not me. My husband says our parents do not apologize and I say: BS!!!

I worked a full year to contribute almost 80% of that money. I was building it up for us to buy a car or start developing a property and someone spends it in one day on stupid clothes, shoes and bags???On top that,I have to apologize???

Mama is leaving tomorrow…she and I are not speaking. Hubby is on her side,he too is barely speaking to me…saying I should stop being childish and apologize to his mother so she does not leave our home angry .

I am angry and I want you guys to please judge this matter…his mother’s behavior is inappropriate and frankly psycho…she knows we are young and don’t have much.I feel very hurt…I feel betrayed by my husband forgiving her our money without asking me first. I never ever believed my husband could ever do this to me…I trusted him …that is why I agreed to a joint account.