Please let me drop this for the house to deliberate. I am very confused on how this matter concern me or how it is my fault. My brother’s wife is a fun woman, I liked her alot since I moved in to live with them in 2017. I was posted to come work here from my head office. I was happy cos it gave me opportunity to flex, I had no time to socialize back there.

This woman, my brother’s wife, shes fun and very cool. We became friends very fast and when I met someone a few months later, she was very supportive. Like she was my sister,not just sister inlaw.She would gist with me and always want me to gist with her. In 2019, my guy proposed. Wedding was supposed to be SA in 2020 but due to covid, we moved it to 2021.

South Africa has always been my dream wedding location and I thank God we could afford it. My friends all came from Naija. One of them lives in SA, she rallied my other friends t organize a bridal shower for my upcoming wedding and it was a very beautiful bridal shower. We had mad fun but something happened, Sue, my friend in SA actually brought a real male and female strippers to the bridal shower.

I was shocked but all the girls, some married went wild with fun including my sister in-law that was in attendance. While I am not a saint, I am not a strip club kind of girl either. So, it was quite a shock seeing some of my friends, some in relationships, two married this my sister in-law groping and touchy touchy with the strippers.

Well, I decided to relax and let them have fun. There was heavy drinking and we partied late into the night. After a while, some of us slept off in the hotel pent house where the party held while some went to their hotel rooms. I went to my room around 3am which I was to share with my sister inlaw but noticed she was not in the pent house or in our room.

I became worried that she was drunk and passed out somewhere. I started looking for her even in my tipsy state. I called and called her line, no response. I had to alert the hotel staff and they went with me round the hotel facilities looking for her. We found her by the dark area of one of the VIP pool, with one of the male strippers f*cking her from behind.

This woman, my brother’s wife…was so lost in the act, she didn’t even notice when she was discovered. I had to scream her name before she realized herself. The hotel staff with me was embarrassed and left us in a hurry. My sister in-law looked at me and the guy with her just collected himself and left us. All she kept saying was Bebe, please dont tell your brother.

I left her and went back to the room and waited for her to follow me…she came in few minutes later, on her knees begging me not to tell my brother. Of course, I cannot understand till today why she cheated on my brother with a stripper on my bridal shower. I demanded she explain herself, first she blamed the fact that she was drunk, next she said she and my brother are not having s*x for over 4 years after their only son was born.

For me, that is not enough reason but I told her I was disappointed in her cos I never ever saw her like that kind of woman. She cried and begged me not to tell my brother otherwise her marriage will be over. I told her I wont tell him but since he is my brother, I love him and will not like for him to be living in a lie so she must tell him after my wedding and that I will be there with her to ask for his forgiveness.

This woman agreed. The wedding came and we all had a good time. I stayed a week behind after my wedding. We agreed, that she will tell her husband when I return to naija. After my honeymoon, I went to visit my brother and his wife and many others who supported our wedding. At my brother’s house, I reminded his wife, that she must come clean with my brother and that I will be there to support her.

On getting home, this woman calls me to say she has decided not to tell her husband about and if I dare tell him anything that she will tell my husband that I too slept with a stripper on my bridal shower night in SA. I was like, that is a lie, that never happened…yes, I danced a little with the stripper but I never let the act go beyond respectful…This woman said she would make sure I no longer welcome in her house, that she would tell anyone who cares to hear that I am trying to break her home.

I was confused…I could not confide in anyone so I confided in one of my close friends, who was also at the shower with us. She said I should forget about the matter because if the matter gets out, that my brother would choose his wife over me and hate me forever. So, I took her advise and decided to keep quiet.

All I started noticing was that our relationship became sour. She stopped calling me and whenever we met at family events, she ignored me. That was in march this year. Things have moved from the way it was to us not even speaking again. My brother noticed but she will be giving excuse of the fact that I am now a married woman, that she wants to give me space to focus on my new marriage. Me too, I will just laugh anytime my brother asks me.

Last week, I spoke to my brother, out of courtesy, I asked of his wife and was told she went to SA for a two weeks training. Immediately, my heart skipped a bit. I remembered all that happened in SA during my wedding and I started to suspect this woman may have gone back to misbehave again.

Out of my conscience, I sent her a text,and asked her not to think of misbehaving again since she is alone on this trip…and she replied that I should go f*ck myself…that her marriage is not my business and that if anyone was to blame for her cheating with a stripper, it would be me who had a bridal shower with male strippers.

I remembered my friend’s advice again…to leave the matter but how is this whole thing my fault? Am I the one that asked her to cheat on her husband? Yes, the ladies were touching the strippers but I do not think they ended up sleeping with them, especially the married ones. I feel this woman is a pretender and she is just using me to cover up that she is a cheat and may have just gone back to SA to continue her promiscuity.

And how does she blame me and now, forcing me to keep such an evil secret from my own brother? I know my brother will never forgive me if he finds out I knew about his wife’s promiscuity and i said nothing. I am confused, if you were in my shoes, what would you do? Do you suspect this woman may have gone to SA to continue her rubbish? Should I continue to keep a sealed lip or should I report this woman. I am truly confused, please advise me. 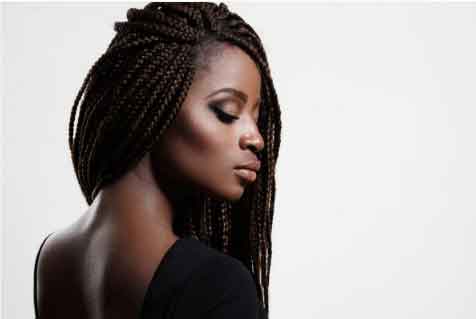 My Girlfriend & Her Mother Are Planning To Ruin My Life: Pls Advise 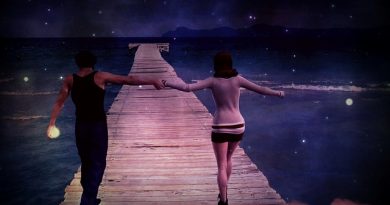 HOW CAN MEN INFATUATION MAKE YOU THE SPECIAL ONE?