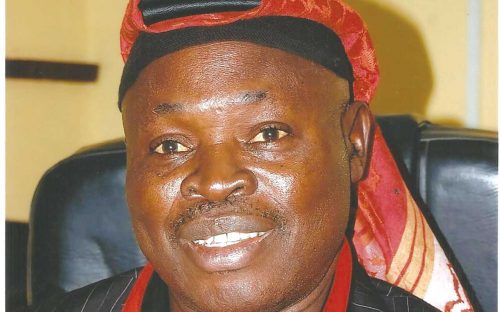 A Nigerian Islamic human rights organization, the Muslim Rights Concern (MURIC), has called on the governor of Ekiti State, Kayode Fayemi, to respect the rule of law. According to the rights group, the governor has set up a committee to review the decision of the appeal court on the installation of the Alawo of Awo, Oba Azeez Sulaiman Aladejuyigbe.

MURIC described the governor’s attempt to review the decision of the court as unlawful, illegal, illegitimate, unconstitutional, extra-judicial, undemocratic and a rape on the rule of law. The group’s position was made known in a press statement issued on Tuesday, 15th September, 2020 by its Director, Professor Ishaq Akintola.

“We are calling on Governor Kayode Fayemi of Ekiti State to dissolve the committee set up by him to review the decision of the appeal court on the Alawo of Awo stool. It is alien to the law for a state governor to subject the pronouncement of a competent court of law to his personal whim and caprice in the name of a review committee. Such an action is unlawful, illegal, illegitimate, unconstitutional, extra-judicial, undemocratic and a rape on the rule of law.

“The High Court of Ado Ekiti delivered judgement in favour of Oba Azeez Sulaiman Olaleye Aladejuyigbe on 7th October, 2015. Not satisfied, the complainants took the matter to the Appeal Court and the latter delivered judgement in the Oba’s favour again on 3rd December, 2019. Instead of heading straight to the highest court in the land, the appellants resorted to backdoor manipulations relying on religious sentiment. It is unfortunate that the governor willingly became complicit in an anti-Muslim conspiracy headed by a learned SAN.

“We are asking Governor Fayemi to tell Nigerians when the faith of a candidate for the royal stool became an issue. Why must an Oba-elect be denied access to the palace because he is a Muslim? Fayemi’s government will be laying a very bad precedent if this is allowed. Instead of allowing the court’s ruling to stand, the governor has thrown his weight behind an anti-Muslim group in the town by ordering the review of the decision of the Appeal Court through the Chieftaincy Committee of Ekiti State Traditional Council.

“This process is unknown to law. The traditional Council cannot set aside the decision of a higher court. Fayemi’s action is therefore ultra vires, null and void and of no effect whatsoever. We ask the governor to take the honourable path of stopping the review exercise before it is too late.

“Oba Azeez should be allowed to move into the palace. There is no doubt that he enjoys the support of the good people of Awo Ekiti who have risen to his defence on many occasions when the political charlatans and religious demagogues launched ferocious attacks on him and his family.

“In the same vein, we appeal to community leaders and all men of conscience to intervene in this matter in order to forestall a peculiar mess in Ekiti State. The impression is being created that Oba Azeez is being persecuted because he is a Muslim. It is becoming more glaring daily that the age-long belief of the existence of religious tolerance among the Yoruba is sheer myth, a mirage and a nonexistent phantom. The facts today as we have it is that Muslims are being denied political appointments, traditional stools and job opportunities in Yorubaland.

“Take Ikire and Eruwa for example. A Muslim Prince secured Supreme Court judgment since 2014, yet he has not been able to benefit from the judgment because of a powerful anti-Muslim clique in the town which has vowed not to see a Muslim as their king. In Eruwa, Oyo State Governor, Seyi Makinde, has ignored a Supreme Court judgement of 2019 in favour of a Muslim Oba.

“Governor Fayemi has not helped matters by seeking to disallow a Muslim Oba-elect from moving into the palace despite a court judgement. Like his predecessor, Ayodele Fayose who ran an all-Christian administration, Fayemi also marginalized Ekiti Muslims in political appointments.

“The judiciary has spoken. The ideal thing in true practice of separation of power in a democracy is for the governor to give the court pronouncement some flesh by installing the Oba who won in court. Unfortunately Fayemi has elected to ridicule the theory of the separation of power.

“We find it pertinent to correct the impression being given in certain quarters that MURIC is supporting a particular political party. On the contrary, our focus is the promotion of Allah-given fundamental rights of Muslims anywhere in Nigeria while ensuring at the same time that Christians and traditionalists enjoy equal rights as well. Besides, we have always supported good governance, integrity and transparency and we will continue to do that no matter the political party in power at federal and state levels.

“As we drop the anchor, we charge Governor Kayode Fayemi to dismiss the committee reviewing the decision of the Court of Appeal on the ascendance of Oba Azeez to the throne of the Alawo of Awo. Anything else smirks of religious bias and executive impunity.”