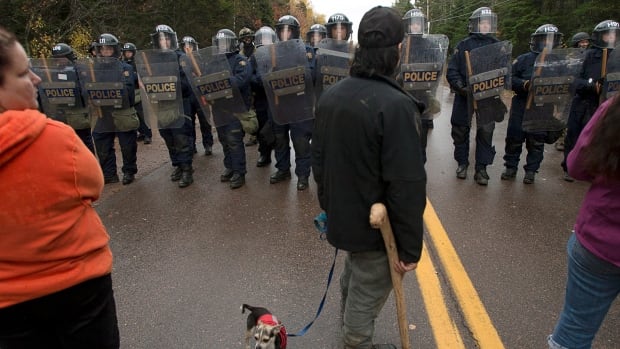 Some RCMP tactics during the 2013 anti-shale gas protests in New Brunswick may have broken the law, while other practices raise concerns about how Mounties conduct surveillance on protesters, according to an investigation by the force’s watchdog.

The Civilian Review and Complaints Commission released its final report this morning on how the RCMP responded to anti-fracking protests that erupted into a riot in the fall of 2013 near Elsipogtog First Nation in Kent County, N.B.

“In relation to police roadblocks and stop checks and the collection of open-source intelligence, the commission has expressed concerns about the reasonableness and, at times, the legality of the practices engaged in by the RCMP,” says the commission’s final report, released Thursday morning.

The protests at the heart of the investigation began after the government of New Brunswick granted a licence to SWN Resources Canada to explore the accessibility of shale gas near the town of Rexton. The protesters — many of them Indigenous and fiercely opposed to the exploration project — retaliated by blocking access to the site and setting up an encampment.

Police were in the area to enforce a court-issued injunction. Tensions boiled over after the Mounties ran a tactical operation on Oct. 17 and cleared the site. The clash resulted in what the commission described as a riot, leading to dozens of arrests and multiple RCMP vehicles being torched.

After receiving more than 21 complaints, the commission launched an investigation that looked at the six-month span from June to December 2013. As part of the probe, the CRCC reviewed thousands of files, video and documentary evidence and spoke to more than 100 witnesses.

That investigation concluded that some of the RCMP’s surveillance practices and physical searches were inconsistent with protesters’ Charter rights.

“It appears that RCMP members did not have judicial authorization, or other legal authority, for conducting stop checks for the purposes of information gathering in a way that constituted a ‘general inquisition’ into the occupants of the vehicles,” notes the report.

“This practice was inconsistent with the Charter rights of the vehicle occupants.”

The information gathered by RCMP officers included drivers’ names, dates of birth, addresses and licence numbers, and other distinguishing features such as height, weight, facial hair, race and hair colour. One section of the intake form used by RCMP officers to collect the information leaves room to describe where the driver had been “observed” and whether a criminal record or police database check had been conducted on the driver.

“In conducting ‘stop checks,’ RCMP members randomly stopped vehicles for a purpose other than those set out in provincial highway traffic legislation,” said the report.

“The members were not responding to an emergency, nor did they have judicial authorization to do so.”

The commission also concluded that the practice of searching people entering the campsite was not consistent with their right to be secure against unreasonable search and seizure.

Given those findings, the commission said Mounties involved in such public order policing operations should undergo a refresher on the laws and policy on search and seizure, including warrant requirements.

She argued that, according to her reading of the evidence, there was nothing to conclude that the sole purpose of the stop checks was intelligence gathering and said there weren’t enough facts or context to form those conclusions. She also noted that some of the video evidence showed only snippets and not the entire interactions.

“In determining whether the search of the vehicles entering the campsite was reasonable, I must consider all the circumstances, specifically in this case the environment in which the searches were conducted,” said Lucki.

Lucki wrote in her 19-page response, however, that while she disagrees with the recommendation, she offer a review of the relevant laws to RCMP officers “as a best practice going forward.”

The commission also looked into how the Mounties kept an eye on protesters and how that intelligence was stored.

The report found that RCMP policy did not provide clear guidance on collecting, using and retaining personal information obtained from social media and other open sources — especially in cases where those involved had no criminal involvement or intention.

“For example, the commission found that any gathering of potentially private electronic communications by the RCMP must be done only within the strictures of the law,” it said.

The commission recommended that the RCMP provide clear policy guidance on collecting and storing personal information from open sources, such as social media, and that steps should be taken to ensure its reliability.

In her response, Lucki acknowledged that when the protests were happening, the RCMP did not have a policy that provided clear guidance on gathering personal information obtained from social media or other open sources. She said the RCMP has since made some changes.

But she disagreed with the recommendation to update the policy on intelligence gathering and storage. Lucki said that the RCMP will use tactical intelligence to obtain information about groups involved in public protests to determine whether they pose any risk to participants.

“The police have a duty to prevent crime and keep the peace, but they also have a general duty to protect life and property that extends beyond crime prevention and peacekeeping functions,” wrote Lucki.

“The RCMP needs to have the ability to access information on the participants even in situations where there is no reason to believe that the participants were previously involved in criminal activities.”

In its final report, the watchdog wrote that it’s troubled by the RCMP’s response and said it has ramifications for public protests going forward.

“The RCMP’s position on the indiscriminate, long-term retention of personal information about lawful dissent collected from sources like social media is concerning,” said the report.

“This raises at least the potential for a chilling effect regarding the public’s participation in lawful dissent and in online discussions, particularly through social media.”

The commission also found that RCMP members assigned to the operation did not have sufficient training in Indigenous cultural matters.

However, it said based on the available evidence, it is satisfied that officers did not differentiate between Indigenous and non-Indigenous protesters when making arrests.

The commission made multiple recommendations related to training on Indigenous cultural practices and the handing of sacred items. The RCMP said it will implement those recommendations.

“Since the Kent County anti-shale gas protests, the RCMP has deployed ongoing efforts on training current and new members to keep pace with the diversity, understanding, and compassion required to execute policing duties in a bias-free manner and to provide members with a solid knowledge of cultural elements and history of our Indigenous communities,” wrote Lucki.

The report cleared officers on many fronts, concluding that the RCMP’s use of force was generally necessary and proportional in the circumstances, especially given the risks posed by the protesters’ conduct.

However, it said it did say the plastic tie handcuffs placed on some protesters’ wrists likely were tighter than necessary.

The commission released portions of its interim report earlier this year when it was asked to review the RCMP’s conduct on Wet’suwet’en traditional territory in British Columbia.

CRCC chairperson Michelaine Lahaie declined to launch a public interest investigation because she said the same broad issues were raised and previously investigated in New Brunswick.

The Civilian Review and Complaints Commission reviews thousands of complaints every year, though the vast majority are not as high-profile as the Rexton protests.

While the commission has investigative powers and can make recommendations, the RCMP is under no obligation to implement those findings — and there’s no appeal process to deal with disagreements between the two bodies.

This is something the report called into question multiple times.

“The RCMP’s own views about the appropriateness of its members’ actions should not be allowed to govern in a case where the independent oversight body, having examined all the evidence as it is mandated to do, has reached a different conclusion, and no further factual information or explanation is being offered by the RCMP,” the report concludes.

“Such a process would amount to giving the RCMP carte blanche to come to its own conclusions about its members’ actions.” 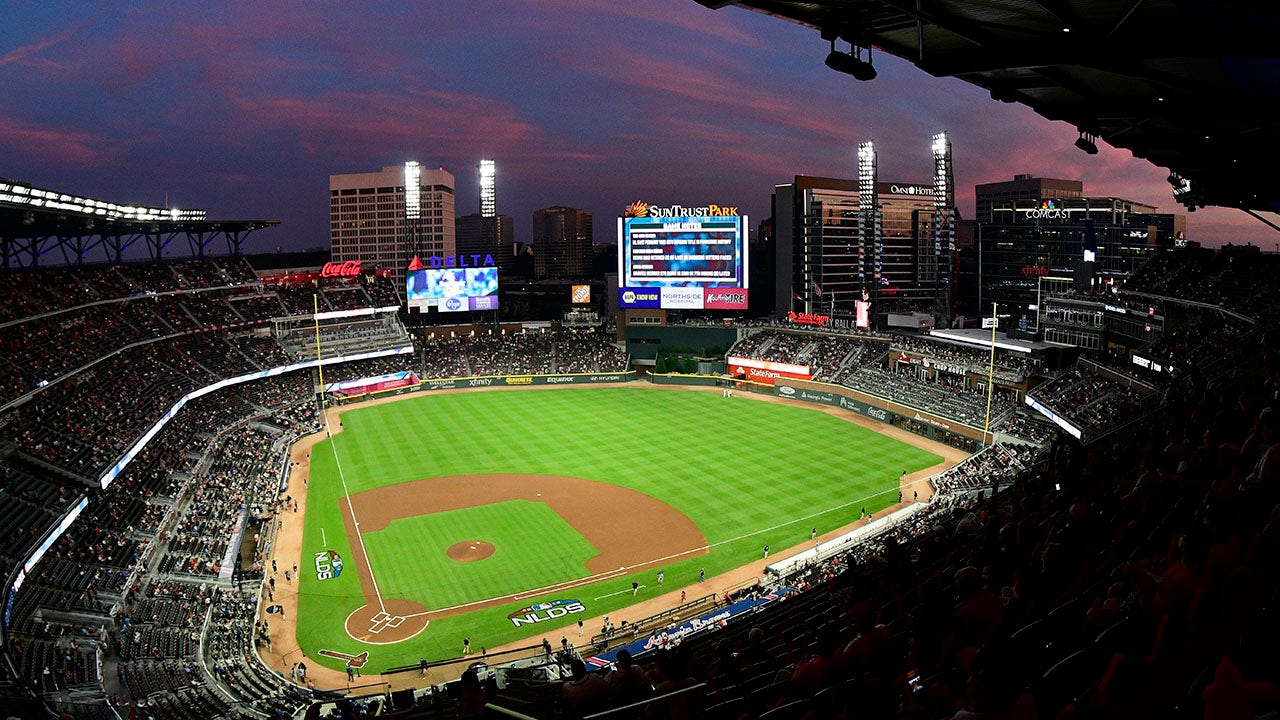 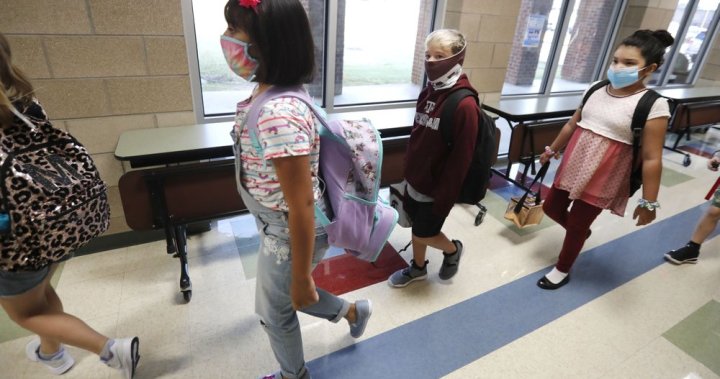 20K sign petition calling on B.C. to delay return to school by 2 weeks