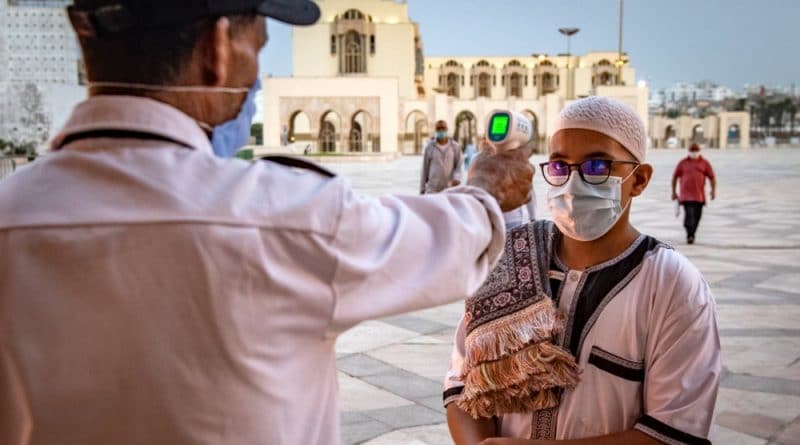 Serbia has reported a record number of daily cases of the new coronavirus, according to AP news agency.

Health authorities said that 467 people have tested positive for the virus in the past 24 hours, the highest number since the start of the outbreak. They said eight people have died.

Epidemiologist Darija Kisic Tepavcevic said, however, that there is reason to be optimistic because there have been fewer people in need of hospitalisation.

Serbia has confirmed 23,730 cases of the virus while 534 people have died of COVID-19 in the country of some 7 million people.

Numbers of new infections spiked after the Balkan country fully relaxed lockdown measures in May that critics say was a maneuver to pave the way for a parliamentary vote in June.

Mexico’s Health Ministry has reported 5,480 new confirmed cases of coronavirus infection and 306 additional fatalities, bringing the total in the country to 390,516 cases and 43,680 deaths.

The government has said the real number of infected people is likely significantly higher than the confirmed cases, according to Reuters news agency.

Spain says it is negotiating with the United Kingdom to exclude the Balearic Islands and the Canary Islands from a 14-day quarantine imposed on travellers returning to the UK from Spain, AP news agency reported.

Foreign Minister Arancha Gonzalez Laya said, hours after the British measure took effect, that “our efforts at the moment are focused on ensuring that the British authorities can exclude the Balearic Islands and the Canary Islands from their quarantine measures.”

The emergence of clusters of the coronavirus has worried authorities in northeast Catalonia and Aragon but has not appeared in Spain’s two archipelagos, which are highly popular tourist destinations for British and other European visitors.

Gonzalez Laya says that the islands are “highly controlled territories” and that their current epidemiological situation is not worse than that of Britain.

Brazil has registered an additional 555 deaths attributable to the novel coronavirus over the last 24 hours and another 24,578 confirmed cases, Reuters news agency reported, quoting the country’s health ministry.

You can find all the key developments from yesterday, July 26, here.