When the Labour Party learned the names of Chinese businessmen accused of political donations crimes involving National, it turned to its chief whip and ethnic affairs lead Michael Wood to see if it could also be caught up in the fraud investigation

Was something cabinet minister Michael Wood told the Serious Fraud Office in a compulsory interview omitted from his later formal statement for the court case involving six people charged over concealing a political donation to the Labour Party?

That prospect was raised at the High Court at Auckland on Thursday when Wood became the first minister to take the witness stand in the hearing, explaining his leadership in Labour’s relationship with the Auckland Chinese community and his attempt to find out if his party had been caught up in an investigation earlier focusing on the National Party.

A lawyer for one of three defendants whose names remain suppressed pressed Wood on his attempts in February 2020 to get to the bottom of what those defendants knew about who had bought five paintings for $60,000, netting Labour $35,000, at a fundraising auction by a Chinese community group in March 2017.

Lawyer Sam Lowery confirmed with Wood the MP had faced a Serious Fraud Office interview by phone in September 2020, when the agency had expanded its inquiries into National’s donations to also include the Labour artwork auction and source of the money passed to the party.

“In August 2021, the SFO provided you with a draft formal statement for use in these proceedings,” he said. “Were you ever provided with a copy of a transcript of the phone interview?”

Wood believed he had been, and said, if so, he would “definitely” have read through it.

Lowery asked if he would have compared the phone interview transcript and the later formal statement of evidence “side-by-side”.

Wood: “I cannot recall, exactly. Knowing myself I might well have done that.”

Lowery: “If the formal statement produced in these proceedings omits anything you said in that phone interview, would you be able to assist us in why that is?”

Wood: “Yes, to the best of my abilities, I would.”

The lawyer left that line of inquiry there, ending his cross-examination. The issue was not addressed in re-examination by Crown lawyer John Dixon QC, who is prosecuting the SFO’s case.

Lowery’s client’s name was one of five listed to Labour as having bought one of the paintings, but the SFO alleges they were all bought and paid for by another defendant, Yikun Zhang, an Auckland businessman and former leader of the Chao Shan General Association, which held the ‘silent auction’. It alleges the five were ‘sham donors’ who were provided money to their bank accounts to then pay it through to Labour and keep Zhang’s identity secret.

Zhang’s lawyer earlier told Justice Ian Gault, who is hearing the case alone, his client had bought the paintings and any error in reporting that donation was a matter for the Labour Party’s 2017 return to the Electoral Commission.

Zhang, the three defendants with name suppression, and twin brothers Colin and Joe Zheng, who run Auckland property companies, have pleaded not guilty to a charge of obtaining by deception in relation to the Labour artworks donation. Separately, Zhang, the two Zhengs and former National MP Jami-Lee Ross have pleaded not guilty to charges over two $100,000 donations to National in 2017 and 2018 that the SFO alleges were also broken up into smaller amounts to avoid the legal requirement for donor identities to be declared.

Wood was one of the first people Labour’s campaign manager for 2020, Hayden Munro, called in February 2020 when name suppression for Zhang, Zheng and Zheng in the National case ended and Labour officials anticipated news media inquiries on whether those men had also donated to their party.

Wood told the court he had previously been Labour’s ethnic communities spokesman, represented the highly diverse Mt Roskill electorate, was a lead figure in Labour’s push to get closer to the Chinese community and was chief whip at the time Munro called asking him to verify details about the 2017 art auction donations.

Wood said he had “some awareness that that event had occurred” three years earlier but had not been there. He called each of the three defendants who now have name suppression, asking if the paintings had in fact been auctioned, if they had been purchased by those Labour had listed and if those people had received the paintings after the auction.

Questioned by Lowery, Wood said he had called Lowery’s client as part of those inquiries. “He gave me a general assurance everything was above board and kosher but I was not able to get specific information.”

Lowery: “Am I right you asked him who the purchasers were and he was not able to relay that to you?”

He had earlier confirmed to John Dixon QC he sent that defendant a text the following day. It read: “There’s just one small detail to check with you. Can you confirm which painting you received at the auction? Any detail like the name or a picture of it would help.”  He received a reply three hours later saying the defendant had already provided that detail to another defendant who had also been asking.

Marc Corlett QC, acting for a defendant with name suppression, asked the MP about what guidance Labour gave its MPs and party officials and members about seeking donations.

That advice usually focused on complying with the Electoral Act, explanations on the dollar thresholds for having to declare donations and “if in doubt, or something is grey, err on the side of caution”.

Asked if MPs received guidance on dealing with cultural differences over donating money, Wood said “periodically” MPs would be briefed by Labour’s multicultural caucus group, including to stay away from misunderstandings, such as dealing with a red envelope containing cash, which could be commonly offered at Chinese community events.

He said MPs might have a role in identifying potential donors, “sometimes encouraging them”, arranging invitations, setting up and attending fundraisers but party officials normally handled payments and funds being passed to electorate or head office accounts. “Broadly speaking there would be that separation.”

The case has also highlighted a Labour campaign fundraising dinner two weeks before the 2017 election, attended by party leader Jacinda Ardern and other party MPs and officials. At that event Yikun Zhang paid $90,000 for an imperial robe at auction but because the robe’s valuation was higher than that sale price the money was not deemed a ‘donation’ to Labour. The SFO did not file charges over that event.

Wood told the court he was at that event but “I wasn’t central to proceedings. I was at a table with other people. I was largely an observer.”

He did not recall who bought that robe, although he remembered it being for auction and going for a high price.

It was likely, Wood told Dixon, he would have had a conversation that night with the defendant Zhang, “but I do not recall specifically what was said.”

Wood knew Zhang well, having attended four to five events at the Chao Shan Association and backed its bid to hold an international convention in Auckland.

Wood’s fellow cabinet minister and Labour’s leader at the time of the art donation in 2017, Andrew Little, is expected to give evidence on Friday morning.

The case has run for almost two weeks of the 10 originally set down. 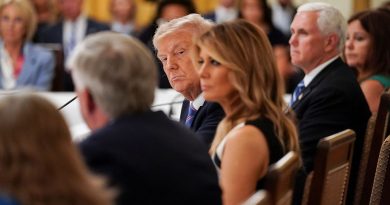 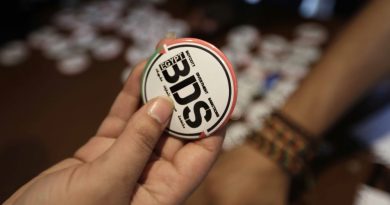