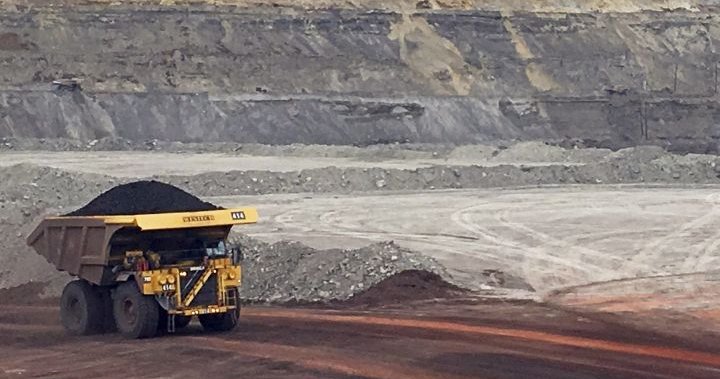 The mining industry was aware that the Alberta coal mining policy was going to be rescinded long before the public did, information obtained by Global News has revealed.

The policy, created over 40 years ago, initially banned mining in millions of hectares of the Rockies and Foothills and was axed in the summer of 2020, meaning mine development is no longer restricted.

Opponents say it’s putting the cherished landscapes at risk of being destroyed.

In a presentation by Capital Investment Partners (CIP) to its investors, the 2019 Powerpoint revealed, “The Alberta government is in the process of changing the coal policy to allow more open-pit mining.”

CIP is an Australian firm that owns a handful of coal companies with a number of leases in the Rockies.

“They weren’t meeting with Albertans. They were meeting with industry and making a decision to rescind the policy and that to me is morally and ethically wrong,” Luff said.

“The government needs to do what’s in best interests of Albertans, not in the narrow interests of a coal lobby group.”

Luff said he thinks the plan to remove the policy is shortsighted.

“The government says it considers the policy to be out of date. The whole premise of protecting water and the environment is more important now 45 years after the fact then it was back then,” Luff said.

Energy Minister Sonya Savage’s schedule was too busy to accommodate an interview, according to her press secretary. But her office did provide a statement, saying the minister said she’s listening to concerns and respects their perspectives.

“Environment and Parks Minister Jason Nixon and I are also considering other options to clarify government’s approach and demonstrate the stringent environmental protections that remain in place,” Savage said.

“We will continue to listen to the concerns of Albertans through this process.”

Savage said they won’t choose between protecting the land for future generations and providing economic opportunities.

“I need to be clear that the rescission of the 1976 coal policy does not — in any way — allow coal development to go unchecked,” Savage said. “What the Alberta government has adjusted is the process through which industry can acquire coal leases. The process is now the same as the one that applies to petroleum and natural gas leases — and we believe it is important to put these commodities on equal footing.

“A project can only proceed if it is deemed to be in the public interest — and only under strict regulatory standards and processes that protect our air, land, water and wild species from harm,” Savage said.

Mandy Olsgard, a former environmental toxicologist with the Alberta Energy Regulator (AER), said the regulatory process isn’t up to date and expressed concern.

“The government of Alberta assurances that the regulators ‘got this’ cannot be validated,” Olsgard said.

She is urging the government to listen to the experts.

“I do trust the subject matter experts working within the Alberta Energy Regulator. I believe they are the best scientists in their fields,” Olsgard said. “I don’t trust the organizational structure and the decisions can be impacted by economics or political will.”

“I don’t think the AER has the regulatory tools to be able to manage cumulative impacts from energy development.”

Country music star Corb Lund has joined a chorus of opposition on the provincial government’s decision to rescind a coal mining policy in Alberta.

“It’s horrifying and honestly it’s the biggest existential threat to what we view as our identity as Albertans that I’ve ever seen in my lifetime the scope of it is so big,” Lund said.

He has spent months researching and meeting politicians in hopes of the government considers restoring the policy.

“I’m trying not to lose faith in humanity, but the more I dig into it, it doesn’t make any sense unless there’s money flying around,” Lund said.

“I’m losing patience in what elected officials are telling us.”

Alberta ranchers Laura Laing and John Smith live in Nanton, along the Eastern Slopes, and worry coal development would force them into surrendering their home.

“It would be incredibly mentally excruciating to make that decision and to even be thrust into that over something as crazy as blowing up mountains?” Smith said.

“It all scares us. This been 24/7 all consuming talking to experts and scientists and government officials. It’s every day,” Laing said.

“We didn’t sign up to be on this political platform, we’ve been put there. This is a bad decision made for Alberta. Is it worth it?”

Grassroots online groups including Protect Alberta’s Rockies and Headwaters are providing information to Albertans and a forum for the public to share opinions.