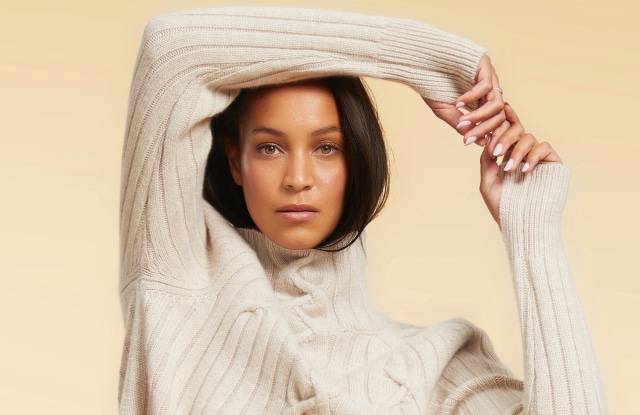 Michelle Smith, the designer previously behind Milly, is striking out on her own.

Smith left Milly last year after she and her husband and business partner, Andrew Oshrin, decided to divorce and sold Milly to MMJ LLC, a wholly owned subsidiary of S. Rothschild in April 2019.

After taking some time off, Smith is now launching her own luxury namesake label, focused on softness and comfort, mixed with luxury and refinement. The limited run capsule collection consists of 17 styles that will be sold directly  to consumers for pre-order on michellesmith.nyc, starting Monday.

The business will be exclusively e-commerce, and Smith plans to release two numbered capsule collections a year.

“I started formulating my business plan pre-COVID, but I always wanted it to be a direct to consumer brand,” said Smith in an interview Friday. “I was ready for a fresh change following Milly, which I launched as a wholesale brand. I really loved the feeling of independence and control and being able to speak directly to the consumer through a direct-to-consumer brand.” 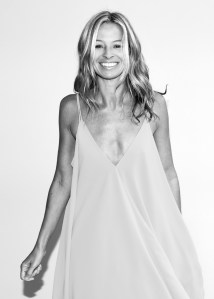 In addition to the two collections a year, she plans to sprinkle in a few surprises when she’s inspired or finds something great.  She will only produce what is ordered, so she won’t have to over-produce.

“Because of the age we’re living in with COVID, it’s important to be really nimble and cautious,” she said. “Also, it’s more environmentally responsible not to take a big inventory position.”

Smith is making everything in New York City, with the exception of her cashmere knitwear, which is being produced in China. Smith is financing the entire business herself.

This first collection will be delivered around mid-November. Smith will put the second collection up in January for pre-order and delivery in March and April.

Ultimately, Smith would like to design cocktail dresses and going out pieces, “but it’s not really the life we’re living right now.”

“I focused on this luxury collection pieces that you can wear at home and work from home in. It’s very much inspired by the way we’re living now. As life gets back to normal and we’re able to socialize again in groups and go to events, then I’ll add in those pieces,” said Smith.

Interestingly, there’s not a print in sight.

At Milly, Smith became well known for her bold and vibrant custom-made prints, as well as her designs that were feminine with an edge. Over the years she and  Oshrin, who founded the company in 2000, expanded Milly’s ready-to-wear line into children wear with Milly Minis, as well as eveningwear, swimwear, handbags, and their own freestanding stores and e-commerce. She was producing about 28 collections a year.

While living through the pandemic, Smith gave a lot of thought to how women want to dress today, and her new collection reflects that.

“We want to feel and see something more luxurious on our bodies, but we’ve become quite attached to the comfort aspect,” said Smith. For her first collection, she is working with cashmere, silk charmeuse and Italian alpaca.

Looks range from body-hugging turtleneck dresses with slits to sexy midi charmeuse tank dresses to maxi alpaca coats. There are cashmere cable stitch sweaters, cardigans, track pants with a wide stripe down the side, and bralettes.

The sizes go from 0 to 14, and prices range from $385 for a cashmere bralette top to $2,750 for an alpaca maxi coat. In between are stretch cashmere tank mini dresses for $625, cable stitch cashmere sweaters for $925, charmeuse slip dresses for $975, and stretch cashmere midi dresses for $1,100. One of the knits is named Stacey, after Smith’s current companion Stacey Griffith, the SoulCycle super-instructor.

While Milly was clearly focused on the advanced contemporary market,  Smith is moving into a higher price point.

“I really trained in the designer realm and haute couture and that was always my first passion,” said Smith, who early in her career had internships at Hermes, Louis Vuitton and Christian Dior after graduating from Fashion Institute of Technology. “Through  the years I’ve created these amazing relationships with incredible European mills and artisans, and that’s what I really want to highlight and showcase in my new collection.

“My aesthetic is minimal, with an alluring twist or detail. When I design, I focus on what I want to reveal, both physically and emotionally,” she said. That’s not to say she’ll never do prints again. “It’s just what I’m feeling right now, that zen feeling, let’s take a breather and take care of ourselves. Everyone’s been through a lot over the past eight months,” said Smith.

She”ll be working with a third party warehouse to fulfill orders.

Unlike this new business, the majority of Milly’s business was done with major stores such as Neiman Marcus, Saks Fifth Avenue and Bloomingdale’s, as well as Revolve, Shopbop and Milly.com. At the time of the sale, Milly had been struggling with a cash crunch and slower sales and the brand was doing  around $43 million in volume.

In 2018, Milly got a boost when First Lady Michelle Obama wore one of the company’s designs for her official portrait by Amy Sherald that hangs in the Smithsonian’s National Gallery in Washington, D.C. In addition to Obama, Smith’s designs have been worn by such celebrities as Beyoncé, Gwyneth Paltrow and Kate Middleton.