Jonathan Shokrian wants everyone to see his underwear. MeUndies, the innerwear business he founded in 2011, that is — not the ones he wears close to his body.

In the beginning, MeUndies consisted of just men’s underwear. Shokrian didn’t really like any of the other options on the market at the time, or how people were going about buying their underwear for that matter, so he decided to create his own. The happy-go-lucky start-up quickly grew to become a Millennial and Gen Z fan favorite, with matching themed underwear sets, unisex onesies, men’s and women’s basics, bras and accessories, such as dog hoodies and face masks. 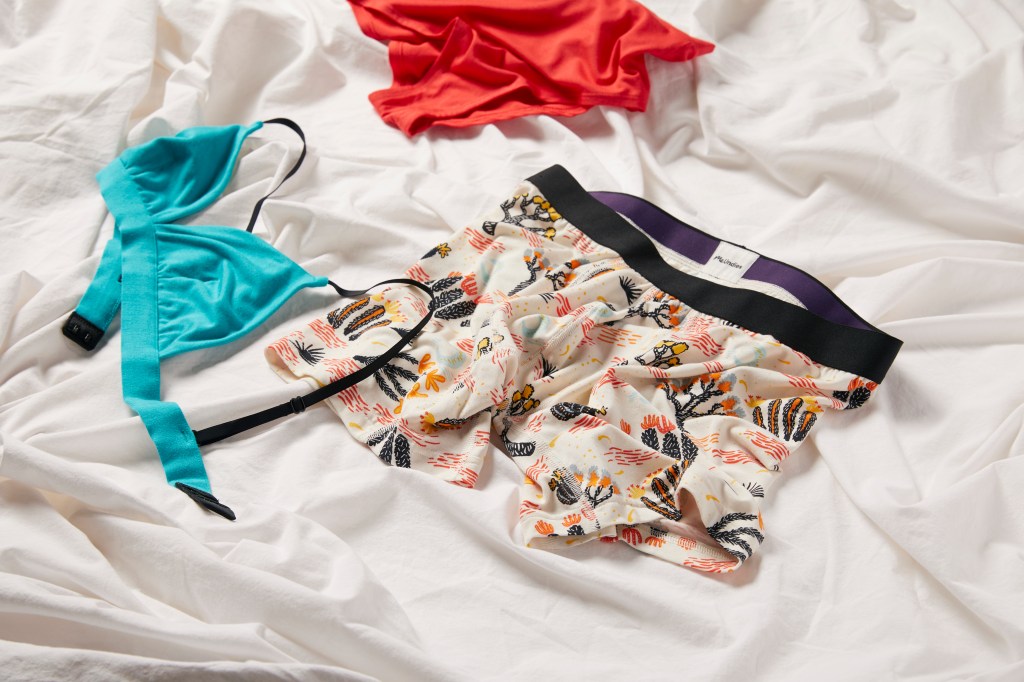 It’s no surprise then that in November, MeUndies secured $40 million from outside investors to help scale the business even further.

“It’s been a super-exciting year for MeUndies. We saw a lot of growth in different categories and celebrated our 17 millionth pair sold,” Shokrian told WWD. “We launched this [growth] process right before COVID-19, and then sort of put things on pause for a second. And then we went through a couple of great quarters, so we were able to take things to the finish line. Over the next three, four years, we see a huge opportunity for the business to continue to grow in some areas.”

But it’s not just the pandemic that has helped MeUndies become a success. The company, Shokrian said, has been profitable for the last five years and its fanbase keeps growing. (There are currently more than 400,000 MeUndies followers on Instagram.) The firm’s ability to adapt quickly, while simultaneously giving consumers what they want, Shokrian said, has been key to the brand’s evolution. 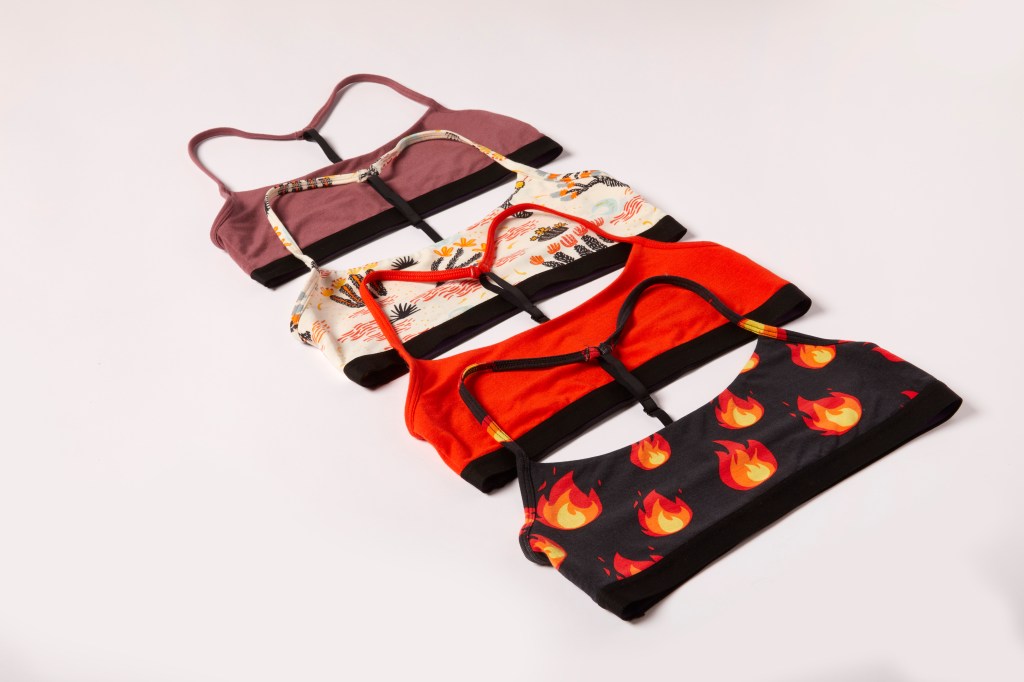 “This has definitely been a year where it’s been difficult, where there have been a lot of changes in logistics and things like that, that kind of affected the customer journey,” said Shokrian, who also serves as chief executive officer of MeUndies. “But I think when you build loyalty with your consumer over time [you become successful]. Our members have definitely been there with us throughout. So bringing them products they’ve been wanting over the last couple of years, I think is something they’ve been looking forward to.”

That includes more than 52 prints a year, which shoppers can purchase through MeUndies’ membership subscription program, or a la carte at slightly higher price points. The playful — and sometimes cheesy — prints include things like baby Yodas, holiday ornaments or decorative take-out boxes. Many of the themes are from customers themselves, things requested on social media or through customer surveys. Others might be a TV show or a political topic trending at the moment. 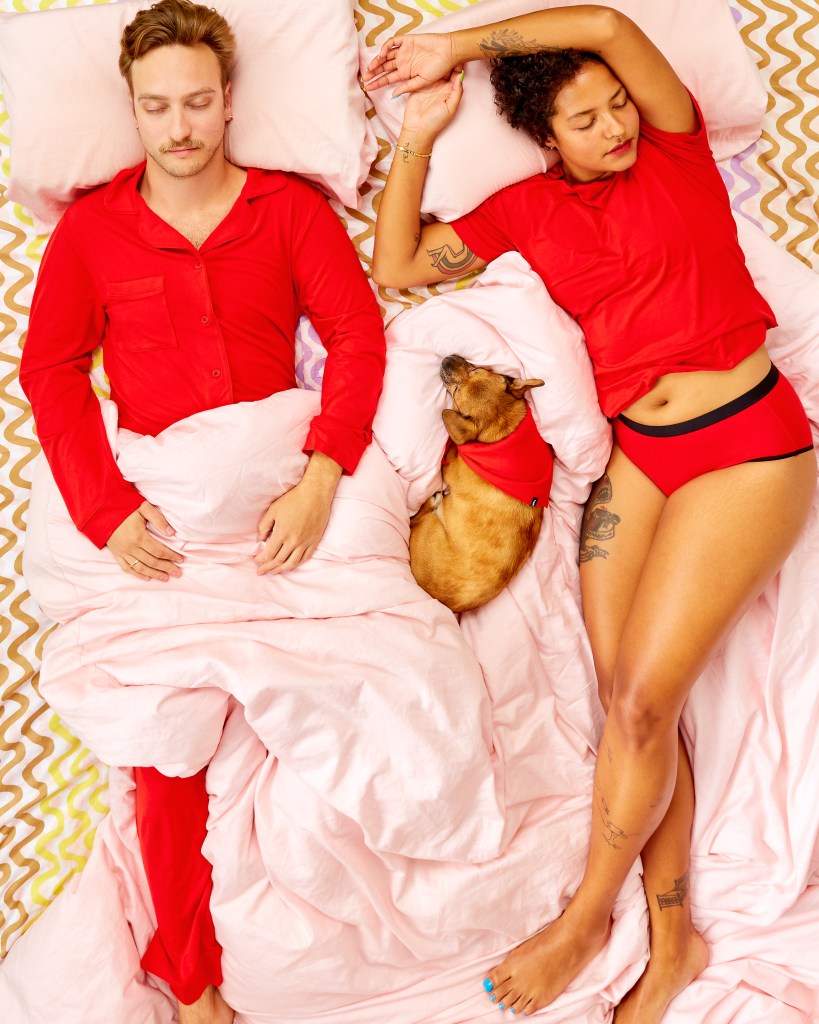 Either way, the playful prints help generate buzz — and sales. While MeUndies is still a private company, Shokrian said more than 200,000 people own 20 or more MeUndies products.

“Our number-two customer acquisition channel is from friends telling friends about MeUndies,” Shokrian added. “That’s been a big part of our story and success: how excited our consumers are to buy into our brand.” 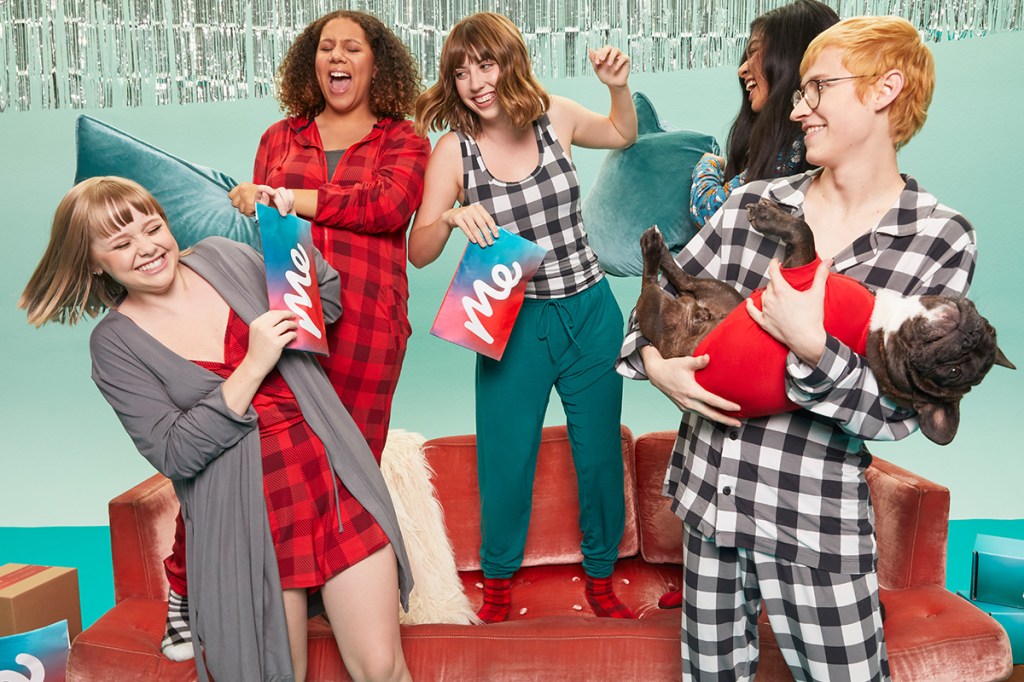 MeUndies has created a loyal fan base of Millennials and Gen Z consumers.
Courtesy Photo

There’s more to come. This includes expanding the distribution channel so the Los Angeles-based firm can reach a wider audience internationally and adding new categories to the assortment, such as athletic apparel, while growing the women’s division.

“Women’s are now growing at a way faster rate than our customer count and it will soon be 50-50 [percent of the business], which is interesting since we launched, actually, as a men’s wear brand,” Shokrian said. He added that loungewear grew nearly 100 percent, year-over-year, since March, as consumers hunker down at home.

Indeed, many of MeUndies products are soft and comfy, ideal for at-home wear, making the assortment almost seemingly tailored to the times. But the return to office life doesn’t faze the ceo. Casualness, he said, is the new normal.

“Going back to the world as we had will take quite some time,” Shokrian said. “A lot of companies will definitely return to work. But a lot of companies, like MeUndies, will have very flexible work-from-home policies. So, whether you’re working from home or working from the office, I think people really cherish comfort and want to make sure that they’re investing in products that they like.”

Still, Shokrian acknowledged that part of MeUndies’ go-forward strategy will include the possibility of adding big-box retailers to the company’s list of wholesale partners and physical stores — there’s currently one store in Los Angeles — just not as many as originally planned.

“Retail has definitely been a part of our strategy, having a physical store that people can walk into,” said Shokrian, who added that mall owner Simon Property Group is one of MeUndies’ biggest investors. “At one point we were looking to open 30 to 40 stores in the next four, five years. But with COVID-19, we obviously put those plans on hold. Now we’ve really scaled that back. It’s looking more like 10 stores in the major cities and major metros. We’re kind of waiting on the sidelines to see what happens over the next six to 12 months and then we’ll decide how we want to take advantage of the opportunity. That’s something we’re looking forward to in 2021 and 2022, becoming an omnichannel brand.

“Nothing is off the table,” he added, even the notion of being acquired by a bigger company. “I think the idea would be to eventually, one day, align ourselves with a strategic [partner]. When the time and place comes when we’re ready for those conversations, we’ll welcome them. But I think right now we’re just focused on growing our branded business and being profitable and making sure our customers are getting the product and the experience. That’s the most important thing to us — continuing to invest in the product and making sure our customers have the best experience and are having fun with our brand.”