A male model on Fendi’s couture runway for spring 2021 sported vivid red lips. That same season, for Charles de Vilmorin, a guy’s peepers were underlined with a swathe of makeup. While for Céline men’s fall 2021 ready-to-wear presentation, male models’ eyes were winged.

Men’s makeup is becoming a real thing — in fashion circles, but also on the street and with new brand offerings, such as the recent launch of Tribe Cosmetics. 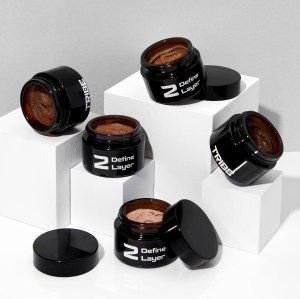 “Male beauty has come a long way and continues to gain a wider acceptance, more recently from the middleman market,” said Livvy Houghton, senior creative researcher at The Future Laboratory, a London-based strategic foresight consultancy. “The disruption we’ve seen in grooming and skin care has progressed to color cosmetics. The category [cosmetics] is being stripped of its gender constraints and outdated ideals around perfection, and is instead championing a more inclusive approach, focused entirely on freedom and self-expression.”

Alex Dalley, founder of the 10-year-old men’s makeup brand MMUK, noted that especially over the past 18 months, “the volume of orders coming through from distributors and direct from customers is just phenomenal.” 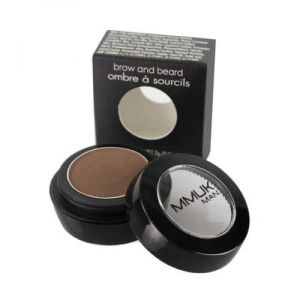 He attributed the surge to a confluence of factors, including men largely on screen due to the coronavirus wanting to look better and the rise of social media, including male beauty vloggers and men’s makeup parties.

One recent entrant on the market is Tribe Cosmetics, a direct-to-consumer brand, launched in January with two stockkeeping units of men’s makeup. The Skin Fix acts as a concealer and Beard Fix can be used to fill in beards or eyebrows. Those products, priced at $18 and $12, respectively, are organic, natural and cruelty-free.

Tribe Cosmetics caters to men with little knowledge of makeup or who want natural results from color cosmetics.

“We were after the user that’s new to using makeup or exploring using makeup,” explained Pergrin Pervez, cofounder of Tribe Cosmetics, adding the brand’s products don’t need brush applications. “They would want something that’s simple, something they can understand really quickly.”

“We asked people: ‘Would you use makeup for men?’ and they said ‘no,’” Pervez said. “When you change the questions around to ask: ‘Would you use something that could cover up some blemishes or fix some skin discoloration?’ the overwhelming answer was ‘yes.’”

The founders see most opportunity with generations X and Z, the latter for its embrace of gender fluidity.

“Sixty-five percent of our consumers are aged 40-plus,” said Matt Rodrigues, a Tribe Cosmetics cofounder.

Industry sources estimate the brand will generate $300,000 in retail sales during its first year.

Toward the end of last year, it was estimated at 1.2 billion pound, said Matt Lumb, chief executive officer of three-year-old men’s makeup brand War Paint, adding the market is projected to grow about 20-times bigger over the next five years.

“What we’ve set out to do is just give guys a choice,” he said, adding the brand keeps its offer relatively simple, with a bit more than 20 skus. Bestsellers today are the concealer, tinted moisturizer and full product set.

“There is a global audience for these kind of products,” Lumb said.

War Paint is primarily sold d-to-c but is also in brick-and-mortar stores. The U.K., the U.S., Canada, Australia and Germany are its largest markets.

The brand closed a round of seed funding of about 1.2 million pounds led by True private equity group in May 2020 to help build out the team and marketing efforts. 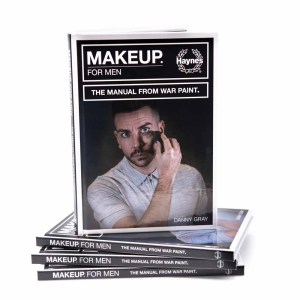 In 2011, MMUK’s debut offer was 12 products, but now it encompasses more than 100 skus, after Dalley noted consumer demand.

Top sellers include the “clear” — or neutral — options, such as brow gel or mascara.

MMUK, which has been global for just over two years, is going through product registration in Japan. Among its other geographic focuses are on launching in Dubai and China, alongside the rest of the Asia Pacific region.

In China, the men’s color cosmetics market is small. In 2020, it made just 2.3 percent of total e-commerce beauty sales and 0.3 percent of overall beauty revenues there. However, the category is developing quickly. Between May and December 2020, men’s makeup sales grew 75 percent versus the same prior-year period, according to Samuel Yan, an analyst at NPD China.

He said there are limited prestige men-specific offerings, causing most males to seek out mass-market items.

“Brands need to increase their marketing campaigns and interactions on social media with regards to men’s beauty products, to let male consumers know which product to choose and how to effectively use them,” Yan said.

In MMUK’s home market of the U.K., it’s about to open a new warehouse and expects to sign a lease for a first brick-and-mortar location, in Brighton.

“We’re using that as a kind of template flagship store before potentially going into bigger cities,” Dalley said.

“The company plans to leverage idols in our culture who are already using beauty products, showing others that they can, too,” she explained.

Some mavericks tried dipping into the men’s makeup market decades ago, with limited success. Jean Paul Gaultier was one. He famously plunged into the category in 2003, with Le Mal Tout Beau Tout Propre line, which included eyeliner, bronzing powder and roll-on lip gloss.

Four years later, that was discontinued and replaced with a range called Monsieur, which had color cosmetics and skin care for men. But the plug was pulled on that, too.

Marc Jacobs entered the category, as did Tom Ford, in late 2013, as part of its grooming collection. That includes a concealer in three shades, a bronzing gel, a brow gelcomb and brow definer.

Ford’s bestseller is the concealer, then the bronzing gel, considered the brand’s cult product. And the range keeps growing. Later this year, the number of its concealer shades will reach 10.

Three years ago, Chanel dove into the swelling men’s makeup market, with its first line of color cosmetics for guys, Boy de Chanel, encompassing a trio of products, launching first in South Korea. The collection had a tinted fluid, coming in four shades; a matte moisturizing lip balm, and an eyebrow pencil in four colors. 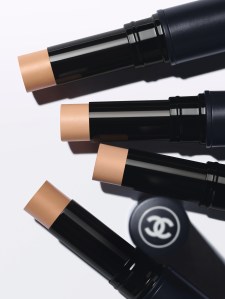 From the Boy de Chanel line.
Courtesy of Chanel

Last year, that collection grew to include also a gel moisturizer, a concealer, a 3-in-1 eye pencil and a nail varnish.

“The category will no doubt continue to grow,” said Houghton, of men’s makeup. “But how it stays relevant to the modern, evolving male will be the bigger question.”

Haute Couture for Men Is Flourishing: Here’s Why