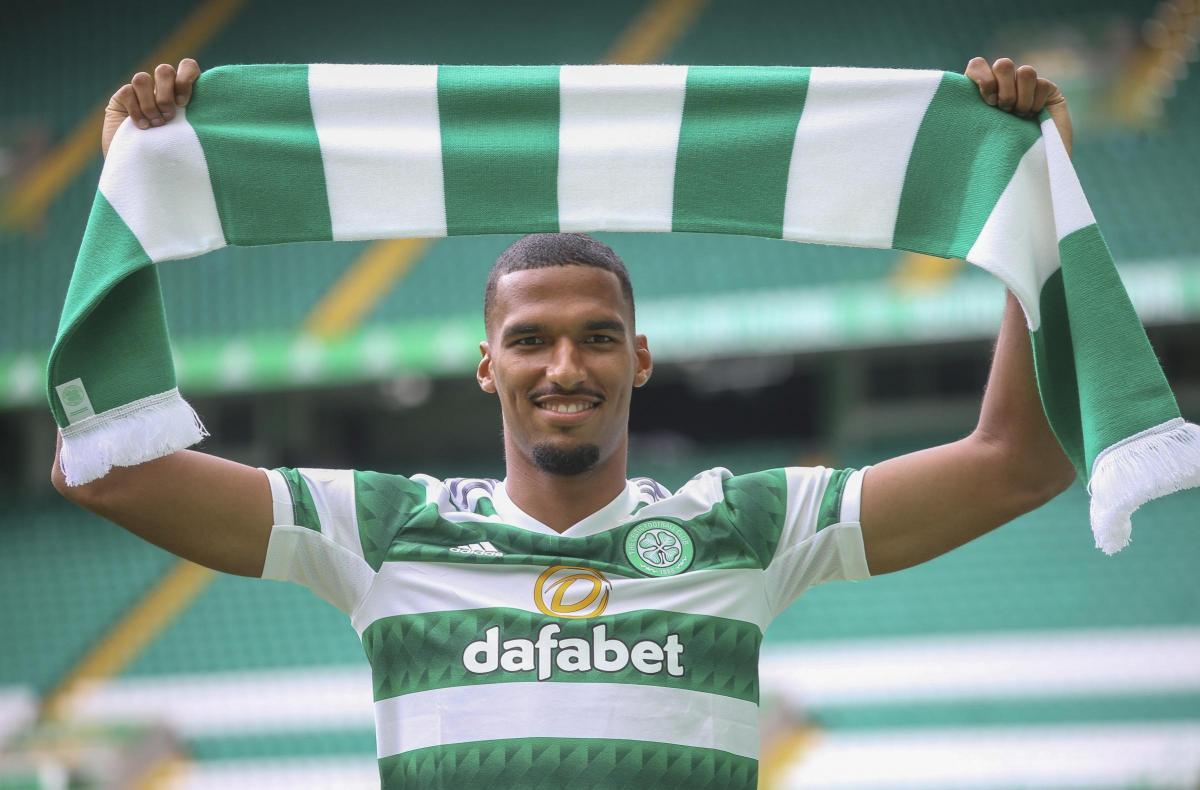 With the duo of Leon Balogun and William Troost-Ekong gradually being replaced in the Super Eagles as they wind up on their national team careers, there are more opportunities for younger defenders to make the Super Eagles.

In AFCON qualifying games under Jose Peseiro, Calvin Bassey and Semi Ajayi started for Nigeria while Kevin Akpoguma has joined the team ahead of the friendly against Algeria. There’s the need for more varieties in the national team especially in the unconvincing defensive position which has proven to be Nigeria’s Achilles heel. Enter Moritz Jenz.

Who is Moritz Jenz?

Born in Germany, Jenz is currently at Celtic where is on loan from French Ligue 1 club, Lorient where Terem Moffi and Innocent Bonke ply their trades.

His football developmental phases were in Germany and England and he had his first feel of full professional football in Switzerland with Lausanne Sport.

The two-footed centre half has impressed so far this season under Celtic’s Australian manager, Ange Postecoglou.

The 6’4” defender is an admirer of possession-based football and said he learnt to use both feet when he was at the Fulham academy.

Born in Berlin to a father from Bremen, he left Germany and moved to England with his parents at the age of 13 before teaming up with the Fulham academy where he learnt the ropes.

“I think my interests come from my parents because from a young age we travelled a lot to different countries,” Jenz said per the Glasgow Times.

“We looked at a lot of history. Wherever we went, we would go to the museum together. It’s nice because it is relaxing for your mind after a stressful game or after a stressful week. You go to a museum or you see something new and it’s just calming. I wouldn’t say I care much about the lives you sometimes see with footballers these days. You see guys on a yacht or on a jet, jetskis or whatever. I try to keep my life simple. I’m quite private. If you have the brain and a good wife to keep you grounded then you are in the right place.”

He said his father is a big fan of football but his mother is not. The 23-year-old defender who shows great aerial strength and a good use of his frame has scored twice in 4 games in the Scottish league.

Still far from the finished article, he looks a player who has the potential for bigger things in the future and can form a decent defense for the Super Eagles if convinced to play for Nigeria.

An analysis of his game shows his strengths and weaknesses are workable. His height is an advantage and his fast reaction and desire are also strengths that can be ultimately improved upon. His observed weakness show he can be slow to get out of the blocks and may be rash on some occasions. These are things he has the years to work on and consistently improve.

A ball-playing defender still rough at the edges, he is also adept at tackles. Jenz looks like a good replacement for the aging Oyinbo wall pairing and fits the profile of what the Super Eagles need.

While he has his eyes set on representing Germany, his chances with his country of birth are slim and Nigeria can approach him through the Granny rule.

“I qualify for Germany and Nigeria but I would prefer Germany because that’s where I grew up,” he said.

“It’s a great country to play for an hopefully one day I can make a couple of appearances, then maybe a couple more and then, who knows, perhaps play in a World Cup or Euros.

“But I need to do my best for the club first. That’s the most important thing and after that we can talk about the national team.

The player’s desire to represent Die Maanschaft notwithstanding, Nigeria offers him a decent chance at gaining international exposure. Night Of A Galaxy Of Stars – Celebrating The ‘Chairman’ –Odegbami Writes