Heading into the second awards season of the pandemic era, Hollywood stylists have mastered the art of expecting the unexpected.

After settling for mostly virtual red carpets for much of last year, the fashion industry had high hopes for the gauntlet of awards shows, parties and press tours that culminate each year at the Oscars. Omicron provided an early reality check: the Critics Choice Awards and the Grammys, two of January’s biggest fêtes, were postponed until spring. The fate of other high-profile events, including the Screen Actors Guild Awards in February and the Academy Awards in March, likely depends on the continued impact of the Omicron surge.

That’s left stars and the brands that dress them in limbo. Though the overall relevance of awards shows has declined, it still holds value for fashion. Brands still use them to introduce new ambassadors and translate runway trends for the masses. It’s also a big payday for stylists, who are typically paid per outfit and see the bulk of their work concentrated within the months-long awards season period. After last year’s muted awards season, culminating in a sparsely attended Oscars that saw record-low viewership, the industry is collectively pining for a return to normalcy — and the greater number of eyeballs it brings with it.

The challenges this year presents depend on who the party in question is. For stylists, as well as hair and makeup artists, it’s a matter of dealing with new, ever-changing variables and knowing there’s potential for, if not outright cancellation, then downgrading to a virtual ceremony, where an outfit may only be seen from the shoulders up.

“Two years into the pandemic, everyone always has a plan D now,” said Josh Otten, an agent at CAA Fashion. “It’s maybe about rethinking that original media moment, in lieu of a red carpet moment.”

While the pandemic may have compounded awards season’s issues, it wasn’t the start of them. The Golden Globes’ cancellation, in fact, had nothing at all to do with Covid-19, but rather issues around diversity — both in membership and nominees. The Academy Awards also faced similar criticism, with the #OscarsSoWhite movement kicking off in 2015. Across the board, awards shows have faced declining viewership due to complaints of too-long telecasts, a lack of popular films on the nominee list and more.

Last year’s chaotic awards season may have put to rest the idea that a handful of “must-see” red carpets are do-or-die marketing moments for brands. The Oscars’ ratings were sagging well before the arrival of Covid. Stars and brands didn’t need entertainment reporters to talk up their couture when they could achieve similar exposure with an Instagram.

“Two years into the pandemic, everyone always has a plan D now.”

That’s led brands to treat smaller events in a similar way to how they might have approached the Oscars a decade ago, betting that a snap taken at a movie premiere or a film festival could just as easily go viral. Just look at the custom leather Balmain gown Zendaya wore to the premiere of her film “Dune” at the Venice Film Festival in September.

But even a postponed awards season moment still provides value. And there are ways to get creative: Dior, who dressed future ambassador Anya Taylor-Joy in a custom green dress for the Golden Globes in 2021, showed off the creation with a staged photoshoot on Instagram, rather than on the red carpet.

It’s not just promoting these looks that is difficult in an uncertain, socially distant climate but crafting them as well. Without the ease of in-person fittings, the work is more challenging for stylists and the teams that create these red-carpet moments.

“Working remotely in our line of work is incredibly challenging, because what we do is so hands-on, we have to touch and feel clothes and [physically] fit a client,” said stylist Micaela Erlanger, who dresses Meryl Streep, Lupita Nyong’o and Michelle Dockery, among others. “When you factor in all the other challenges, supply-chain issues, limited inventory for award show-worthy dresses, shipping delays, the inability to travel as easily, it makes the work so hard.”

Still, despite the changing circumstances, the promise of what awards season can offer when it’s at its best is worth the headache.

“Trends start on the runway, but they’re really translated from runway to the mass market when you see it on celebrities,” said Tiffany Reid, vice president of fashion at Bustle Digital Group.

There’s tangible evidence that awards season gets people shopping: according to fashion search engine ShopStyle, searches for evening gowns, cocktail dresses and ball gowns routinely increase during the first few months of the year — though this year has seen a decline over the year prior, likely because there hasn’t yet been a major award show to prompt interest.

And awards-season fashion is different from the broadcast itself — a brand can still get value out of dressing a star for the red carpet if that look goes viral online, exposing it to thousands (if not millions) of people who aren’t tuning into the actual show.

“If you’re interested in what people are wearing, you can search that and you can see it immediately,” said Alison Stiefel, general manager at ShopStyle. “Rather than spending hours watching, they want to consume the content very quickly.”

However, for those who are disheartened by awards season’s perhaps dimming lustre, Otten suggests brands think beyond awards season as a way to tap the power of Hollywood. He pointed to Gucci’s November 2021 Los Angeles-set show, which featured not just models but stars, including Gucci faces Jared Leto and Jodie Turner-Smith, as an example.

“Gucci was smart in getting the star power and having the Hollywood moment, but avoided relying too much on one red carpet moment,” he said.

Though staging an event that can rival the widespread attention that an awards show receives — even now — is both a financial and logistical effort. (Gucci shut down one of Los Angeles’ major streets, Hollywood Boulevard, for the endeavour.) Was the effort worth it? Consider this: for its next show, Gucci elected to return to a more traditional venue — Milan Fashion Week.

In the DMs with Laura Lee 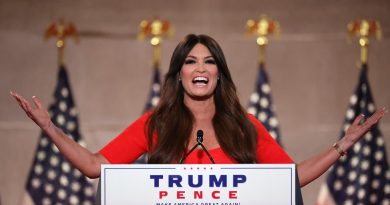 At NuOrder, the Evolution of the Wholesale Industry | Sponsored Feature