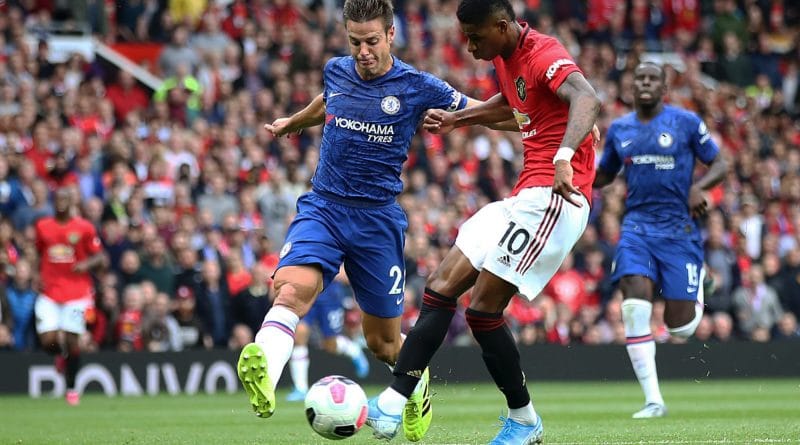 Manchester United would lock horns with Frank Lampard’s side as the Premier League gets hot by the day.

The match will be laden with expectations as Chelsea would be seeking for result away at Old Trafford.

It’s not a surprise as United could be tipped as favourites based on bookmakers rating and match odds.

But the Blues are not a side to be belittled, especially in games of this magnitude.

Led by the legendary Blues midfielder, Frank Lampard, many viewers could be keen on how he presents his case in the match as Chelsea file out against Manchester United at Old Trafford.

As the match pressure continues in earnest, DAILY POST seeks to evaluate the significant things to expect as United and Chelsea clash against each other at Old Trafford.

With both sides playing games in midweek while the Red Devils travelled to Paris to face PSG, certain changes are expected from both sides.

Chelsea would see N’Golo Kante return amid Chelsea’s advantage while he’s been deputized in recent times either by Jorginho and Croatia’s Mateo Kovacic.

Elsewhere, with Anthony Martial out due to match suspension, it will be interesting to see who leads the line for Manchester United in this high profile fixture.

Let’s see who Ole Gunnar Solskjaer picks in his starting XI between the trio of Edinson Cavani, Marcus Rashford and Odion Ighalo for a place in United’s central striking position on Saturday.

The battle would be evident on the tactical front as both legends of the Premier League compete with each other.

The Blues boss Lampard would underline the need to get his acts right on the pitch against United as the pressure could intensity if they lose against the Red Devils.

On the other hand, Ole Gunnar Solskjaer would be assessing his squad in training with several modes of formation in vogue as they aim to tame the Chelsea front three laden with flair as they’ve shown already in the campaign.

This and more will be brewing in the (plan) minds of both managers (Solskjaer and Frank Lampard) as they aim to outwit each from the tactical point of view in this Premier League clash.

The level of expectation cannot get better as the giants of Manchester United and Chelsea do battle on the pitch.

The high profile contest would see highly talented players in contention just like in the days of Wayne Rooney and Didier Drogba.

This time Paul Pogba and N’Golo Kante brings major significance to this game, while the talent of Juan Mata and Christian Pulisic could urge people on for this fixture.

We could yet see a South American battle as the high class Edinson Cavani may come up against Thiago Silva at the other end of the pitch.