For Ole Gunnar Solskjær, perhaps space will be the final frontier. Specifically, the 70 yards of clear space Manchester United left behind them as they trotted forward for a corner in Istanbul that would in vanishingly swift order end up in their own net.

“We forget about the man up top,” Solskjær said by way of explaining how Demba Ba was left with half a football pitch all to himself. When put like that it sounds like a fairly innocuous mistake and maybe in the grand scheme of things it was. Yet the manner of United’s 2-1 defeat by Istanbul Basaksehir on Wednesday felt emblematic of something deeper: a team desperately out of balance, walking the tightrope between heroism and comedy, often in the same week, occasionally even in the same game.

So let’s break it down. Aaron Wan-Bissaka wins a corner on the United right. Normally the right-back would be one of the players standing guard on the halfway line to deter the counterattack. But Bruno Fernandes takes the corner quickly, so Wan-Bissaka stays forward to support the attack. Centre-halves Axel Tuanzebe and Harry Maguire have gone forward for a cross that never comes. For some unfathomable reason, the left-back, Luke Shaw, has also stayed forward and is now drifting towards the near post.

This is how United somehow managed to end up with all 10 outfield players within 35 yards of the opposition goal. The only man who appears to have noticed this is the assistant coach, Mike Phelan, who is gesticulating wildly. At which point, the fun and games begin. The attack breaks down, Basaksehir clear the ball and all of a sudden Ba is on his own, gamely pursued by Nemanja Matic.

There is a surreal cinematic quality to the chase: the injury-plagued 35-year-old Ba being hunted down by the leaden 32-year-old Matic, an ice-cream van being chased by a milk float. Were it not for events in the United States, this would comfortably have been the slowest race of the week: early projections putting Ba in the lead, and yet Matic doggedly insisting that every step be run before a winner is called. Anyway, Ba tucked the ball into the net, Manchester United lost and at a club only ever two games away from a fresh crisis, fresh questions to answer. Like: what the bejesus was that? Whose fault is it? And just how does a Champions League team manage to “forget about the man up top”?

“That can only be a player’s fault,” Paul Scholes moaned on BT Sport. “That’s not down to the staff or the coaches.” And yet the answer is probably more complex than it first appears. Placing the blame on Matic feels myopic: arguably he was the only player actually in the right position. Wan-Bissaka was on his way back, only for the quick corner to take him by surprise. Shaw’s position may seem anomalous, but just a few minutes earlier he had made a similar late attacking run into the channel and whistled a shot just wide. Clearly, on some level, this was a function that had been asked of him in advance.

Or, to put it another way: on an individual level everyone has basically done their job, or at least made a rational decision based on some form of tactical logic. And yet what is missing is even the remotest sense of the wider context, of team shape, of synergy or parts fitting into a whole.

You sort of see what Scholes was getting at. A lot of former United players in the media have made a similar case: that a manager can generate systems and delineate roles but ultimately the decision rests with the players on the pitch. There are echoes, too, of Jürgen Klopp’s famous response to criticism of his Liverpool defence in 2017. “I can’t take a car and drive them out of the box,” he argued after a string of individual errors.

Yet modern coaching demands, in essence, just that. The job of a manager isn’t simply to send a team out and hope for the best but to devise and drill a culture where good decisions become second nature, where individual talents conceive of their role within a collective framework.

The world’s best coaches improve players by encouraging them to see the game differently: to anticipate, to spot patterns and sense danger. Klopp’s league title-winning side, a finely calibrated system of triggers and contingencies in which the entire team essentially move and cover as a whole, is a good example.

Solskjær is not one of the world’s best coaches. And yet while presiding over some calamitous defeats, he has also masterminded some outstanding triumphs in big games. He has been handed a bloated, uneven squad (Klopp got Virgil van Dijk; Solskjær got Maguire) and virtually no pre-season. He is neither genius nor moron. He is simply a competent attacking coach with a strong sense of the club’s mission and identity. Perhaps the occasional comedy spanking is simply the price you pay.

In a sense, United are strung between two poles. The attraction in replacing Solskjær with the available Mauricio Pochettino is obvious but even if United could pull it off mid-season a costly rebuild would be required: more signings, more squad churn, more payoffs, more upheaval, an entirely different footballing philosophy.

Yet there is equal risk in doing nothing: another season of drift and atrophy, of cheap thrills and scant substance, another season in which for all their toil United learn nothing at all. 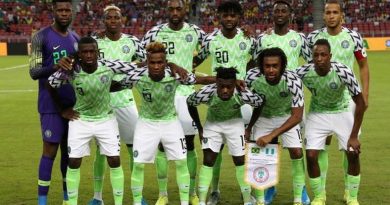 How To Conduct The 1xBet Login And Start Earning On Bets –