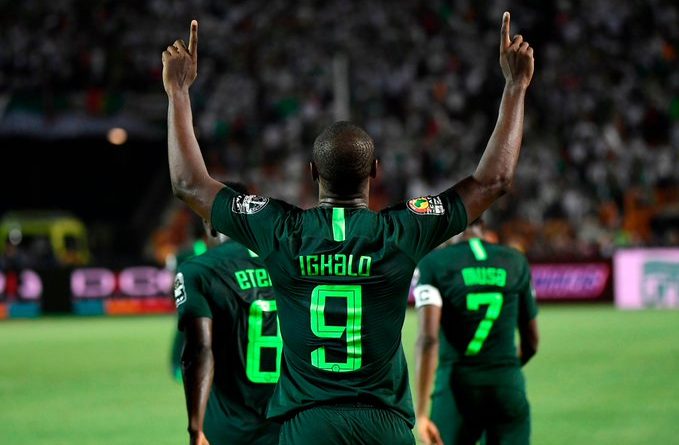 The Red Devils fans are still coming to terms with the deadline day deal that saw their favourite club end up securing the services of the former Nigeria international.

The 2019 African Cup of Nations top scorer is expected to be a short term solution to United’s striking problem, compounded by the injury to star man and England international Marcos Rashford.

However, a significant section of the club’s fans is stunned by the signing of a striker who netted 16 goals in 55 Premier League appearances for the Hornets during his first spell in the country. Some have taken to the social media site, Twitter, to make fun of how their darling club have moved from signing superstars to league rejects.

Solskjaer turning my club into Cardiff 2.0, and people are actually celebrating this transfer 😭 😭 😭

Woodward has to go, failed again

Ighalo watching Jesse Lingard in training for the first time:pic.twitter.com/mMoAdsjdgg

Another section of the club’s support base has, however, accepted the new signing and issued a rallying cry asking others to give their backing to the former Udinese forward as he tries to help the side reach their targets for the season.

Give Ighalo a chance to prove himself. Last thing you want is to have a go at a player who is on a 6 month loan.

He’s coming here to help us fight for Top 4. Let’s back the man. pic.twitter.com/GzeDvFWMvL

Ig Stories: Ighalo is feeling the love from #mufc fans around the world! 🌎 🔴 [ighalojude] pic.twitter.com/JXY6mkfWUs

Just look at the bench vs City.
No strikers on the bench, that’s why we needed to sign someone in the window while Rashford’s out.
That being said what a move it must be for Ighalo he must be buzzing.
Hope he gets a few goals and help the team for the rest of the season.#MUFC pic.twitter.com/hYvbEaSvTm

A bit of a surprise, but we needed someone. Welcome to Manchester United Odion Ighalo! 🔴 #WelcomeIghalo https://t.co/vI1ropIAjA

You know what…. Fucking good luck to Odion Ighalo. What a move for him! Wouldn’t have been everyone’s choice, or anyone’s for that matter. But he’s here to do a job and we must get behind him. #MUFC 🔴⚪️⚫️ pic.twitter.com/snMItJOP1x

Hopefully can bang a few goals in and help us get top 4, Only a positive signing imo Welcome Ighalo 🇾🇪

You are United fans after all. 👍🇾🇪

Ighalo’s record in England, though, is an impressive one, scoring 40 goals and registering 11 assists in 100 appearances for Watford, where he spent two-and-a-half-years.