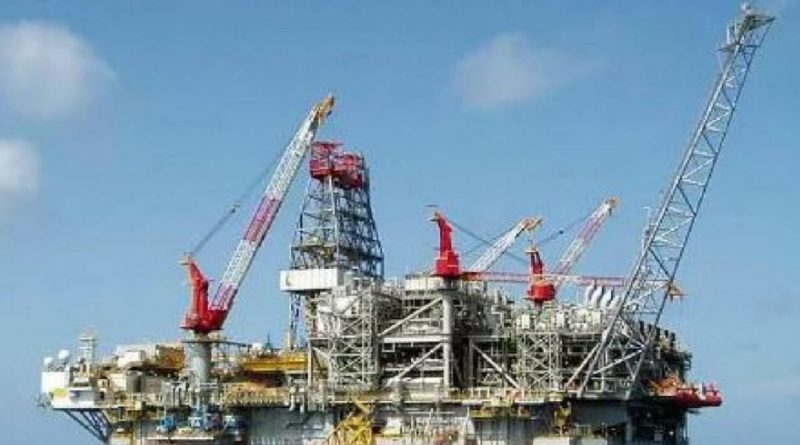 Barely a few weeks after the Italian prosecutors had prayed for oil majors – Eni and Shell – to be fined and some of their present and former executives jailed over alleged corruption in the controversial Oil Prospecting License, OPL 245, also known as Malabu oil deal, Eni, argued that its actions were in compliance with the law and company procedures.

In a statement obtained by Vanguard, Eni, which noted that the acquisition of the OPL by Shell and Eni has been the subject of various interpretations since 2011, stated: “OPL 245 (Oil Prospecting Licence 245) covers a defined deep-water offshore area (over 1,000 m bsl), approximately 150 km off the Niger Delta.

On 29 April 1998, the Federal Government of Nigeria (FGN), when General Sani Abacha was President, awarded OPL 245 to the Nigerian company Malabu Oil & Gas Ltd., which counted Dan Etete, Minister of Petroleum Resources, among its shareholders.

The signature bonus was set at $20 million. During the same period, the FGN awarded other prospecting licences to Nigerian companies, also with a signature bonus of around $20 million: OPL 246 to South Atlantic Petroleum, OPL 247 to Heritage Oil, and OPL 248 to Zebra Energy.

“Nigeria’s then Defence Minister, General Theophilus Danjuma, had interests in South Atlantic Petroleum, which he later sold to Total and other investors. Previously, in 1991, the OPL 216 licence had been awarded to BP and Statoil (now Equinor) and was then claimed back by the FGN and awarded to Famfa Oil Ltd. instead.

“All the exploration blocks, including Block 245, were awarded in accordance with the Indigenous Concession Programme (ICP), launched by the FGN in 1991 to encourage Nigerian companies to play a role in the country’s oil industry in view of local entrepreneurial development, as claimed by Professor Fidelis Oditah, Eni’s expert witness for the trial pending at the Court of Milan, without substantial objections by the public prosecutor.”

Eni stated: “Between 1998 and 2011, Block 245 was the object of legal disputes and international arbitrations between the FGN, Shell, and Malabu. These disputes hindered exploration work in preparation for bringing the oilfield into production.

Eni was never a party in these disputes. In 1999, the FGN revoked 31 OPLs following a change in the interpretation of the ICP. The licences revoked in this period did not include OPL 245; on the contrary, the Nigerian government confirmed its award to Malabu and invited the company to begin exploration.

“On 30 March 2001, Malabu surrendered 40 per cent of OPL 245 to Shell Nigeria Ultra Deep Limited (SNUD) via a farm-in contract, and received a payment of about $18 million to settle the $20 million signature bonus, the remaining $2 million having already been paid by Malabu.”

It stated: “Without providing any warning or giving a reason for its decision, or granting the company the opportunity to respond, on 2 July 2001 the FGN revoked the granting of exploration rights to Malabu and reallocated such rights to the Nigerian National Petroleum Corporation (NNPC, the state oil company). In 2002, the NNPC called for tenders in search of a partner capable to contribute with technological expertise and capital.

Shell was awarded the contract, committed to pay a $210 million signature bonus, and obtained 100per cent of the licence. This signature bonus – which was actually paid by Eni and Shell in 2011 – is still the largest signature bonus ever received by the Nigerian State for an oil licence to date. OPL 245, at this point, became a partnership between NNPC and Shell.”

According to Eni, “On 10 September 2003 Malabu reacted by filing a lawsuit against the FGN and Shell in Nigeria, demanding assessments and precautionary measures, as well as, in particular, that the FGN declared the validity and effectiveness of the allocation of OPL 245, the unlawfulness of the earlier revocation, and the nullity of subsequent reallocation to Shell. On 30 November 2006, the FGN, NNPC, and Malabu entered into a settlement agreement whereby OPL 245 was again allocated to Malabu. Malabu committed to pay the Nigerian Government the signature bonus that Shell had previously agreed to pay. Shell responded to the reallocation of the licence to Malabu by suing the FGN.

“In 2007, to bring an end to the dispute and break the deadlock, Malabu started negotiations with Shell and at the same time began to look for other international operators wishing to develop the block. It was then that Malabu came in contact with NAE (Nigerian Agip Exploration), Eni’s local subsidiary. But NAE soon broke contacts with Malabu due to the uncertainty regarding the ownership of the rights, also resulting from the legal action threatened by Shell.”

It stated: “In April 2007, Shell filed a request for arbitration against the FGN under the ICSID (International Centre for Settlement of Investment Disputes) Convention and the Bilateral Investment Treaty between the Netherlands and Nigeria, aimed at regaining the rights to OPL 245 or receiving compensation for the damages caused by their revocation. In late 2009, Malabu hired Emeka Obi, a representative of Energy Venture Partners Ltd. (EVP), to search for international buyers interested in acquiring 40per cent of the block. As a result, negotiations with NAE were resumed.

“Eni entrusted the analysis of geological, financial, and legal aspects to a team of more than 80 in-house experts and external consultants. On 18 June 2010, the FGN, with President Goodluck Jonathan, confirmed the awarding of OPL 245 to Malabu, on condition that the company paid the signature bonus of $210 million, which had not yet been paid due to the pending court cases. The final deadline for payment was set in summer 2011.

“During this period, being aware of the litigation that had begun between Malabu and Shell, Eni had discussions both with EVP, on behalf of Malabu, and with Shell for the acquisition of OPL 245. On 30 October 2010, NAE made an offer to EVP to acquire 100per cent of OPL 245. EVP deemed it unsatisfactory and rejected it. In November 2010, being concerned about the loss of income due to delayed production in the block, the FGN entered into negotiations with Shell, Malabu, and Eni (the owner of the rights to OPL 244, an adjacent block on which it had begun to work) in order to try to come to a solution.”

The company stated: “A few days later, negotiations stalled once again when Mohammed Abacha appeared before the Federal High Court in Abuja claiming his rights to a 50per cent interest in Malabu. Abacha cautioned Shell, Malabu, and Eni against continuing talks. Mohammed Abacha is the son of Nigeria’s President, who had awarded OPL 245 to Malabu in 1998. On 15 December 2010 Claudio Descalzi, Eni’s then-chief operating officer of the Exploration & Production Division, suspended negotiations until the beneficial owner of Malabu was identified. To break the deadlock, the FGN’s then Minister of Justice, Mohammed Bello Adoke, proposed the following solution to the parties: first, the FGN would be the sole party to the contract with Eni and Shell; and second, the FGN would settle the ongoing legal disputes with Shell and Malabu by paying the latter compensation for giving up the rights to OPL 245.”

However, it added: “On 29 April 2011, Eni, Shell and the FGN signed a Resolution Agreement that transferred the rights to OPL 245 to Eni and Shell. This agreement included settlements made solely between Eni and Shell and the FGN, represented by the Ministers of Petroleum, Justice, and Finance.

As part of this agreement, Shell and Eni paid $1.3 billion (the price plus the signature bonus) to an escrow account opened by the Nigerian Government with JP Morgan in London. During the same period, the FGN paid Malabu $1.092 billion as compensation for revoking the rights to OPL 245. Malabu dropped its complaints against the Nigerian Government.”

Things You Should Know About Arab Culture and Business Culture