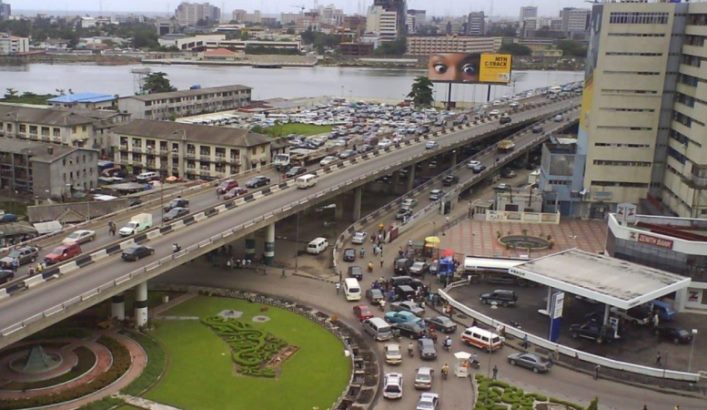 “When written in Chinese, the word crisis is composed of two characters – one represents danger, and the other represents opportunity.” That insight was contained in a speech by one of the greatest presidents in American history – John F. Kennedy. More than half a century of history and human advancements has not changed the truth in that statement. This past one year has been one of the most turbulent in the history of democracy in Lagos State, more so for a party that contained internal tensions to face one of the worst cases of voters’ apathy in a keenly contested general election. But like a phoenix from the ashes, the man at the center of the storm has consistently proven himself worthy as leader of Africa’s 5th largest economy.

Sanwo-Olu’s emergence as governor of Lagos State is a strong vindication of two critical requirements of democratic leadership – Pedigree and Character. Like a Yoruba adage has it that when you are born well (pedigree); you should endeavor to “re-birth” yourself (character). It is not surprising that these two qualities have stood him out as he had unarguably contended with more crises in one year than most governors in a whole term in office. From an inheritance of dilapidated and deteriorating road network, further defaced by horrifying mounds of smelly refuse everywhere, traffic gridlocks holding the transport system by the jugular and a largely dispirited civil service, Sanwo-Olu had quite a full plate on a table set well before formidable “enemies”.

His character showed up as he owned up to the situation by renouncing the title of His Excellency, choosing to be referred to instead as Mr. Governor, until he is convinced to have earned the accolade. He remained articulate, firm and focused as he eschewed controversy with clarity of purpose and a single-minded focus on delivering good governance to Lagosians. And then the big one struck – the COVID-19 Pandemic. Again, as in moments of crises of this magnitude, what really matters, more than anything else, is leadership. It is good enough that Lagos State has been steadily consolidating on transformational visions of Bola Ahmed Tinubu and his political dynasty. Hence, Sanwo-Olu was gifted with a structure that fields a pedigree of some of the best eggheads and technocrats in his administration – from a young, dynamic and perceptive Head of Service, to a celebrated Professor of Medicine as Minister of Health, among others no less qualified and decorated.

Perhaps what proves the greater challenge to governance in the face of the global pandemic in Lagos State was not so much about our moribund healthcare infrastructure, but the underbellies of years of sustained inequality, poverty and a lack of social protection safety nets that would have provided a pathway for addressing the socio-economic dimensions of managing a public health crisis of a global dimension like COVID-19 presented. The scary security situations that reared a monstrous head seemed to momentarily stun years of steady investment in the State’s security infrastructure. Then again, leadership came to bear as the situation was swiftly and decisively brought under control and peace returned to Lagos State.

However, Lagos State might be missing out on a unique opportunity embedded in the COVID-19 crises. In tackling the serious socio-economic dimensions of what appears primarily as a health challenge, an inclusively robust system of policy and practice in governance has been identified as a critical prerequisite to bridging gaps in service delivery to all citizens, with particular attention to vulnerable groups like people living with disabilities, the elderly and children. This has been a dangerous blind spot in the current administration. On May 6, 2020, the UN Secretary General launched a report calling the world’s attention to the silent dangers of the COVID-19 pandemic as it intensifies inequalities experienced by the world’s one billion people with disabilities. In calling for a disability-inclusive recovery and response framework to the crisis, António Guterres called governments’ attention to the fact that even under normal circumstances; people with disabilities are less likely to access education, healthcare and income opportunities, or to participate in their communities.

They are also more likely to live in poverty, and to suffer higher rates of violence, neglect and abuse. “The pandemic is intensifying these inequalities — and producing new threats,” he revealed. It’s no gainsaying that Sanwo-Olu’s administration has been able to harness the opportunities in the dangers of a global pandemic to revamp the health sector through various infrastructural and human resource investments. The security apparatus has witnessed a significant overhaul; even as normal governance and service delivery to Lagosians has not taken a back seat on account of covid-19.

The disappearing gridlocks and cleared refuse are sterling testimonies to this effect. In all fairness, even people living with disabilities have not been totally ignored. The various palliatives at mitigating the hardships of the lockdown have been systemically focused on people living with disabilities and the elderly. The lapses are understandable in light of pre-existing challenges of data gaps and absence of articulated policies and practice of inclusion. Even some of the previous gains are being lost to the perceived silence of the governor to disability issues.

What Lagos State needs urgently is an articulated response aimed at integrating disability and inclusion in the THEMES agenda with the sole aim of evolving an economy around disability in ways that will sustainably generate wealth, employment and bridge the inequality gaps recognised in the report by the UN Secretary General. Inclusion is not about charity, and persons with disability should not be seen as a liability to governance and government. Sanwo-Olu has excelled through a turbulent year in office to make a mark for himself as a leader of mettle, character and purpose. He has even more to offer Lagosians as he has definitely not forgotten anybody included in his mandate – including people living with disabilities.