Members of the Yerwa Practicing Primary School (YPPS) Alumni Association including classmates of suspended Chairman of EFCC, Ibrahim Magu have attested to the integrity of the  embattled anti-graft czar.

Speaking at a press conference on Friday in Maiduguri, Borno State, Chairman of the association, Al-Hasan Ibn Abu-Bakr Sultan said, “We wish to state with high sense of responsibility that the Ibrahim Magu that we know is incorruptible and will never compromise his job of fighting corruption by bending to any pressure”

He added “Ibrahim Magu is one of our ambassadors who over a period has given us a cause to be proud of (belonging to this Association) and so, members of this Association are in a better position to extol the virtues and noble character of Ibrahim Magu whom we have been interacting with as colleagues, old school- and class-mates for decades knowing the motto of our school (Honesty is the Best Policy).

“Certainly, there is no credible testimony more than the one coming from a childhood friend particularly school or classmate.

“Therefore, our submissions on this matter should be taken seriously and all advice be well heeded by the Federal Government. No doubt, Ibrahim Magu is a very good officer, hardworking and forthright and we can say without fear of contradiction that it is people like Ibrahim Magu and his likes that are best fit to man institutions specialized in fighting corruption like the EFCC. His professional commitment and dedication to duty are known to all. These, undoubtedly have earned him tremendous respect among his colleagues and many Nigerians who are passionately desirous of eradication of corruption in this Country. Like other Nigerians, we also hold the view that the predicament of Magu has been premised on envy and nefarious objectives of those elements who are hell bent on his removal from Office in fulfillment of certain requirements within the political equation.  Meanwhile, the good news and a thing of joy was that Magu’s integrity is still intact without blemishes or any shortcomings from his National assignment as Acting Chairman of Economic and Financial Crimes Commission, EFCC.

The group said “It has now become pertinent for the above Association to express its concern over the consistent attacks and wide range of unfounded allegations levelled against one of its alumni, the Acting Chairman of Economic and Financial Crimes Commission, EFCC, Mr. Ibrahim Mustafa Magu. We believe that the objective of these allegations and other unsubstantiated claims are targeted at tarnishing his noble character and crucifixion by certain predators, who were once investigated by his commission and are determined to ensure Magu’s downfall for purposes of undue relevance and selfish reasons.

“We are not in a position to give judgment on the face-off between Ibrahim Magu and those elements and some pending issues that (led) his erroneous suspension particularly now that the report of the Judicial Commission of inquiry headed by Justice Isa Ayo Salami is before the President and Commander in Chief of Armed Forces of the Federal Republic of Nigeria, General Muhammadu Buhari GCFR. However, we are confident in our in-depth analysis of the whole saga and believe that Ibrahim Magu will be vindicated following justice and fair judgment from Mr President’s constituted Review Committee of Justice Salami-led panel Report.

“Since the inception of the Justice Isa Salami-led Commission of Enquiry to investigate Ibrahim Magu over alleged mismanagement of recovered assets, insubordination and abuse of office, we the alumni of this Association decided to give the panel benefit of doubt. This is because of Magu’s past record of being above board. But the recent happenings during and after the proceeding has compelled the Association to break its silence and demand through this forum justice, equity and fair play in the entire proceedings and the outcome of the investigation of the panel.

“We are also happy that the President has taken good step by setting up a committee to review the findings of the Salami-led panel. We urge President Buhari to take an informed decision over the matter. No doubt, Ibrahim Magu remains the face of this administration in the fight against corruption. We conclude by reminding Mr. President of his popular adage that “if you fight corruption, corruption will fight you back.”

“With what is happening to Magu, are we not seeing the gang up by those whom Magu has fought teaming up to retaliate?

“We urge Mr. President to look at this case through the glasses of equity so as to protect vital Government institutions fighting corruption from being whittled down and destroyed.” 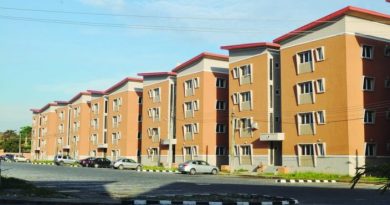 Housing at 60: Nigeria remains a large market with few wares 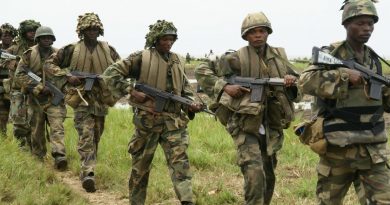