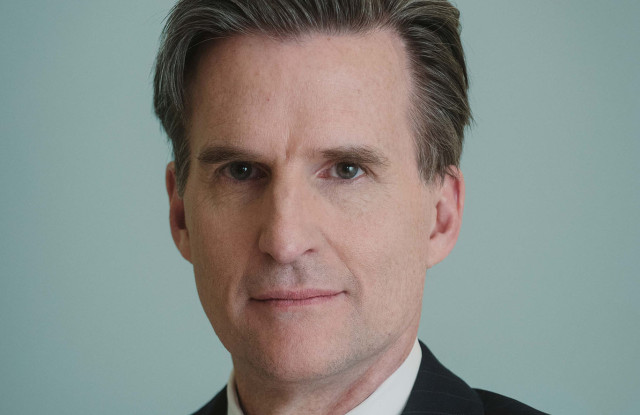 What has Macy’s learned since the outbreak of COVID-19?

According to chairman and chief executive officer Jeff Gennette, the $24 billion department store chain (which has been criticized for moving like molasses) can be nimble; luxury can shine but offering a spectrum of prices is a strategic advantage; communication is critical, and that digital, as a percentage of overall sales, will remain high, post-pandemic.

“Decisions made in weeks or months, we made in a day. We learned how we could be more agile,” Gennette said during a virtual conversation on Thursday with Matt Shay, president and ceo of the National Retail Federation. It was part of the NRF’s Retail Leadership Series of virtual conversations with ceo’s.

Macy’s had to pick up its pace to flex its category mix, from being overly dependent on occasion dressing, suits and dresses, which Macy’s has been best known for, to bolstering active, home and luxury, Gennette said, while seated in the textile department of Macy’s Herald Square, right by the temporarily closed Stella restaurant.

Another key initiative was accelerating pickup at stores, from a six-store pilot to a national rollout in 18 days, Gennette said. Also, in two weeks, technology was implemented so associates could fulfill orders from their homes.

In the second quarter, Macy’s picked up four million new online customers. “They were younger, more diverse. They asked for services that frankly we didn’t have,” Gennette said, citing installment pay. “Now we have that. We launched it in a couple of weeks. They wanted same-day delivery. We got DoorDash.”

Gennette said flagships are lagging due to a lack of office workers and tourism in major cities, while smaller “neighborhood” stores, which Macy’s has set for closures over time, ironically, “have turned out to be our best performers” in the pandemic.

With stores temporarily closed beginning mid-March until the spring, and many shoppers still reluctant to shop indoors, Macy’s digital business has skyrocketed from 25 percent of total sales to 45 percent. “I don’t know that it’s going to go south of 40 percent in the future,” said Gennette, though he acknowledged that online transactions are not as profitable as store transactions because of the costs of fulfillment and delivery.

To boost profitability, Macy’s is working on pumping up private brands to represent 25 percent of total sales, from the current 20 percent. Private brands yield bigger margins than market brands. Macy’s is also working on reducing the product cycle time, including communicating more digitally about samples, versus having them shipped to Macy’s.

In addition, “We did a 50 percent cut on our suppliers over the course of the last year, to be more important to the ones that really matter,” said Gennette. “We are now sharing fabrics between genders, brands and age groups, giving us much more buying power.”

With Macy’s off-price businesses — Backstage and Bloomingdale’s The Outlet — “The customer is loving it,” Gennette said.

Macy’s has decided to resume opening freestanding Backstage stores. That’s been on a hiatus since Backstage launched with a couple of freestanding units in 2015, and the retailer decided to concentrate on building off-price departments inside Macy’s stores.

“We’ll be testing Backstage online starting this month,” Gennette said. Backstage areas inside Macy’s have been more productive than the store overall.

Gennette is convinced that consumers are ready to shop for holiday gifts early, in October instead of waiting till the week before Thanksgiving. “They recognize the health and safety issues, and the shipping issues,” he said.

Macy’s employees in key office facilities such as Herald Center and Atlanta won’t be asked to return to the offices until next year. “When I look at Herald Square, I am not bringing anyone back until after the first of the year, at some modified schedule based on how you think about the work culture,” Gennette said.

While it’s safer working virtually from home, “You do lose a lot when you’re brainstorming and just creative thinking and reading body language. It’s hard to do that over a pane of glass,” Gennette said. “This is just this fatigue doing Zoom calls, four hours a day. I think a hybrid culture is coming,” involving working from home and the office, he said.

“The toughest decision I ever had to make in my career was furloughing 90 percent of my colleagues,” in the height of the pandemic, though they still received their health benefits, the ceo said.

With Macy’s vendors, “There were lots of cancellations — all of spring, most of summer,” and terms were extended affecting the cash flow of the vendors, he added. Macy’s also completed a refinancing in May to get through the pandemic.

“The second job was communication,” Gennette said, noting he had daily conference calls with his team. “We made a big play with that to make sure everyone was on the same page….We changed how we dealt with our board of directors,” which began meeting twice a week, from five times a year. Macy’s also met with civic leaders and governors, to get CDC guidelines in place.