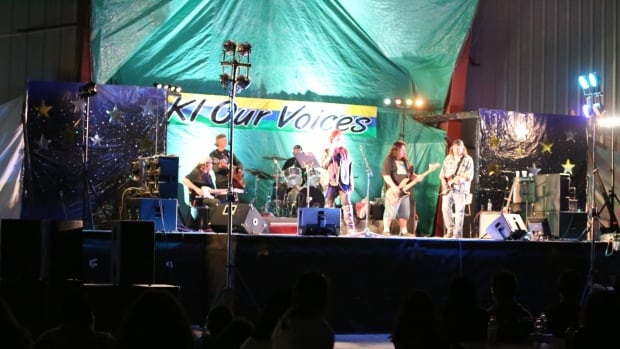 Maggie Gignac, of Mattagami First Nation in northern Ontario, belts out her rendition of Adele’s hit song “When We Were Young” in the little studio she’s set up in her bedroom.

The 22-year-old finishes, and then listens back to the recording.

It’s not quite what she wants, so Gignac plants herself in front of her microphone, and starts again from the top.

Gignac isn’t just recording the song for herself, it’s her audition tape for the latest season of K.I.’s Our Voices, a national singing competition hosted out of Kitchenuhmaykoosib Inninuwug First Nation.

Up North0:00K.I.’s Our Voices competition

The goal of the competition, according to its founder Noah Chapman, who doubles as the executive director for the fly-in First Nation, is “to see some of these people become superstars.”

The competition actually began about three summers ago, but the vision for it goes way back.

“I’ve thought about this idea for years, but I was scared to do it because of the financial strains that I knew would be there. But eventually I just kind of slid into it, and it’s really taken off,” said Chapman.

Before COVID-19, the competition was live, and singers from across the country would submit their auditions to Chapman. If they were selected, the singers would fly to the First Nation to perform in front of the entire community, with cash prizes on the line.

Many of the competing singers, like Gignac, have come to know about the competition either through word-of-mouth or by accident.

“My boyfriend had come across it on Facebook, just out of the blue, and he told me that I should enter. So I checked it out and it took me a while to actually decide to do it because I’m pretty shy. But yeah, I made the decision to audition and I got in,” said Gignac.

This was back in the summer of 2019, and Gignac said it was an amazing experience just to spend time at Kitchenuhmaykoosib Inninuwug.

“I really didn’t know what to expect because my reserve is really small and it’s not a fly-in community, it’s just off of the highway here [near Timmins]. But yeah, there it was a fly-in community and it was huge. You needed to have transportation just to get places, whereas on my reserve you can just walk everywhere.”

In that competition, Gignac placed among the top ten. More importantly for her, she made lasting friendships and it’s helped her grow as an artist.

“I’m kind of coming out of my shell a little bit and it’s just given me a lot of confidence, having all the feedback from everybody. And I have so many people supporting me, so it’s really encouraging.”

Then the pandemic struck, forcing Chapman to make the competition virtual, hosting it on Facebook.

Chapman hosted his first virtual competition in August 2020, and it was so successful he decided he wanted to host them four times a year.

The next competition will be from January 19-23, and the 44 finalists from First Nations across the country, including Gignac, were named on Nov. 21.

Music is like therapy, so that’s kind of my way of escaping reality, singing and listening to all the other amazing artists.– Two-time KI’s Our Voices competitor, Cheynna Gardner of Migisi Sahgaigan

For finalist and two-time competitor Cheynna Gardner, from Migisi Sahgaigan in northwestern Ontario, she’s grateful for the distraction from rising COVID-19 cases.

“With COVID going on, everything is pretty crazy…so it’s a good escape from reality. And music is like therapy, so that’s kind of my way of escaping reality, singing and listening to all the other amazing artists,” she said.

And for first-time competitor Justin Harper, 17, of St. Theresa Point First Nation in northern Manitoba, being named a finalist for the January competition is giving him hope and motivation as he recovers from COVID-19.

In September, he was diagnosed with the respiratory disease and went into the hospital for treatment and to quarantine. His symptoms were so bad he couldn’t sing at all.

“I completely lost my voice and I really wanted to sing because singing helps me focus with how I feel and stuff like that. It just helps with stress sometimes, and I was really frustrated with the fact that I couldn’t sing,” said Harper.

Lying in his hospital bed, Harper’s mom sent him a text about the competition, encouraging him to apply.

When his voice improved enough, he sent in an audition tape — not expecting to get in with his recovering voice, but mostly trying to appease his mom and family.

Now that he’s in, Harper is spending every moment practicing.

“Every day as I’m singing, it’s improving, like it’s kind of getting better every day!”

Winners will be announced on Jan. 23

On Jan. 19, two video performances from each contestant will be uploaded to the Facebook group, and a combination of judge scores and Facebook group member reactions will determine the top ten finalists.

Those ten will then have two additional video performances posted and judged, with the winners being announced on Jan. 23.

And while Chapman is impressed by the competitor’s for this season, he’s already looking forward to post-COVID competitions. 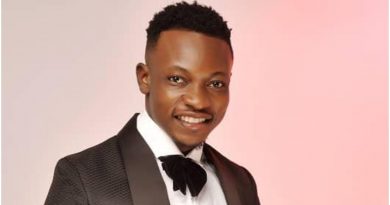 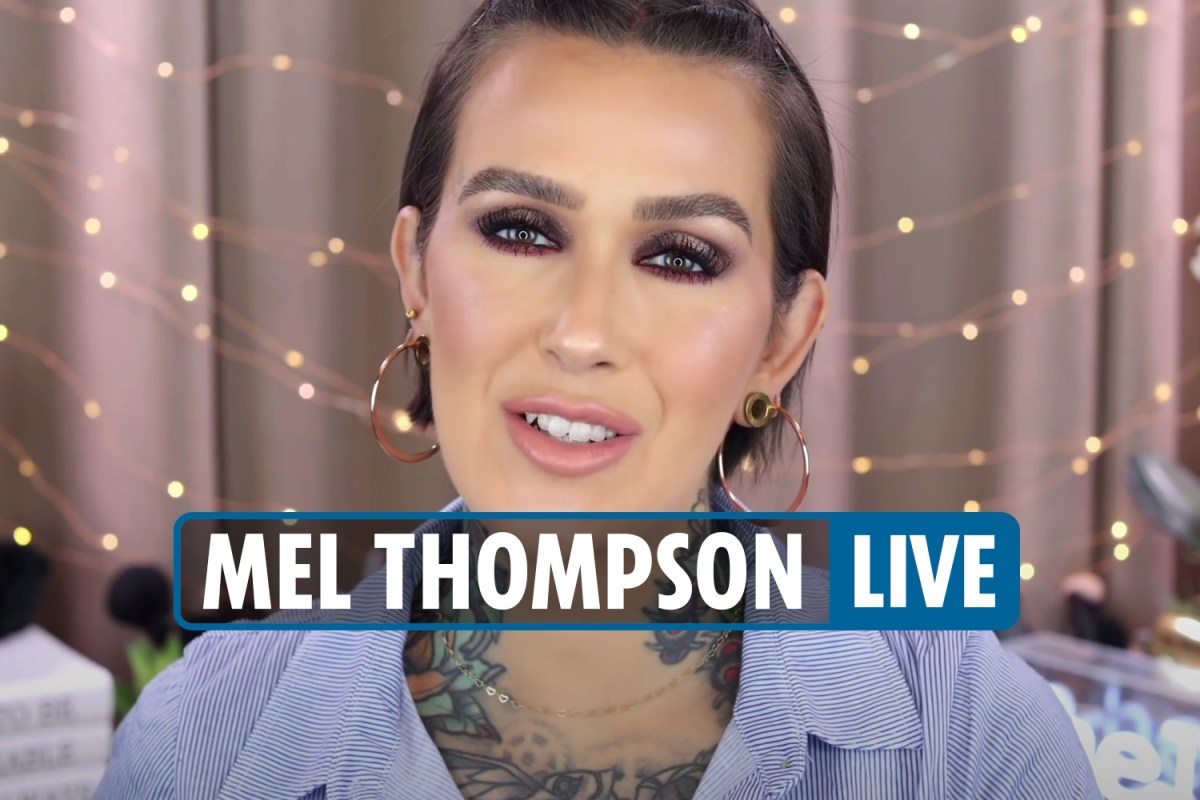