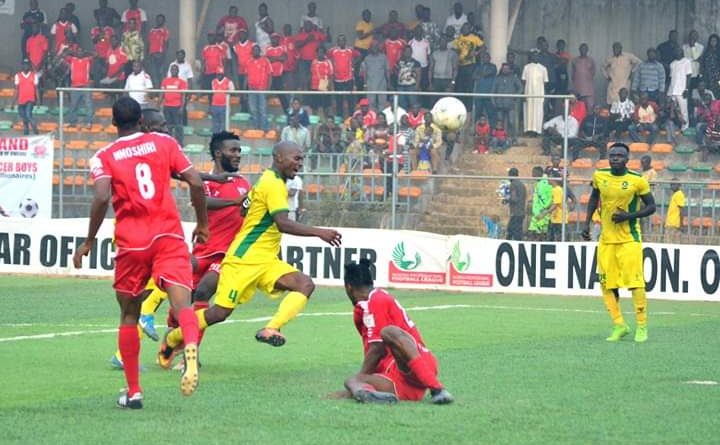 Chigozie Obasi put the hosts ahead in the 8th minute, while Samad Kadiri doubled the advantage in the first minute of added time.

Chinedu Ohanachom pulled a goal back for Nasarawa United deep into stoppage time.

Plateau United dropped to second position in the table after they were held to a 0-0 draw by MFM at the Agege Stadium.

Rivers United also endured a disappointing evening as they played out a 0-0 draw against Wikki Tourists in Port Harcourt.

In Akure, Sunshine Stars and Kano Pillars battled to a 2-2 draw in a thrilling encounter.

Anthony Omaka gave Pillars the lead nine minutes before the break, while Auwalu Ali levelled for Pillars in the 49th minute.

Omaka put Sunshine Stars ahead for the second time in the game a minute after the hour mark only for Ali to equalised again nine minutes later.

Heartland took the lead through Chukwuemeka Obioma in the 15th minute, but the home team rallied back through goals from Ndifreke Effiong (brace) and Akarandut Orok. 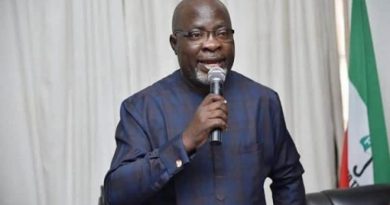 PDP reacts to Lai’s comment on $500m loan for NTA 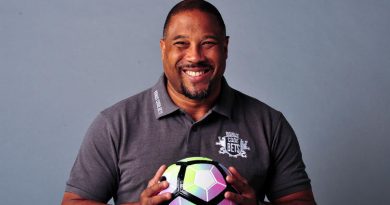