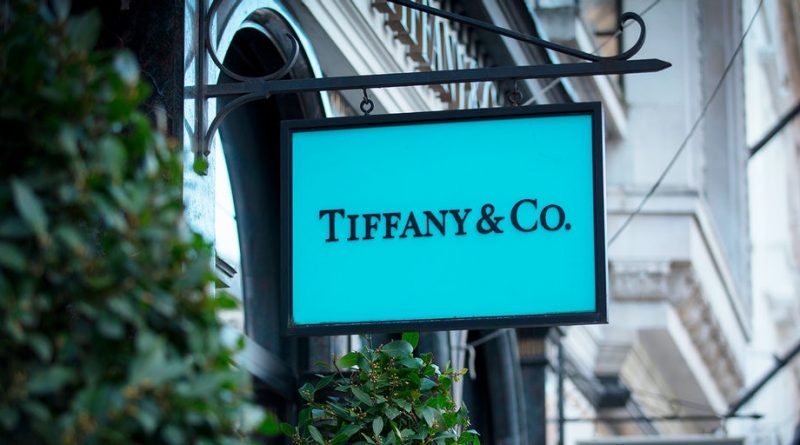 NEW YORK, United States — LVMH, the world’s biggest luxury group, has called off its $16-billion engagement to Tiffany. Wall Street however seems to think the US jeweller will fare just fine by itself.

The jilted bride thinks so, too.

On Wednesday, after news that LVMH would not proceed with its takeover deal, Tiffany Chief Executive Alessandro Bogliolo held a call with employees, saying the executives are in wait-and-see mode. He told employees that Tiffany executives hadn’t solicited LVMH’s takeover. If the deal collapses, he said, Tiffany will be fine as it is. Tiffany declined to comment.

Tiffany’s shares ended trading Thursday at $114.36. Before news of the deal — in which LVMH offered $135 per share to Tiffany’s investors — came out in October, Tiffany shares were at $98.55. That means that investors value Tiffany 16 percent higher despite both Covid-19’s blow to sales and the prospect of no LVMH deal.

“It certainly seemed as if this deal was a strength in numbers for both sides,” said Robert Burke, founder of an eponymous luxury retail consulting firm. “But at the end of the day, Tiffany will be OK… it offers an image and a history that is kind of second to none and is highly attractive because of that.”

LVMH, led by billionaire Bernard Arnault, said earlier this week it could not complete its purchase after the French government requested a delay on closing the transaction.

Tiffany executives were thrilled with the deal when it was agreed with LVMH last year, seeing it as the culmination of their turnaround efforts, according to a person familiar with the matter.

Longer-term, there are questions about Tiffany’s prospects in a prolonged economic downturn, particularly if governments raise taxes and property prices plummet.

In a lawsuit filed in Delaware on Wednesday, Tiffany alleged that starting in late March, LVMH began foot-dragging on antitrust compliance as a strategy to kill the deal.

“LVMH has sought to delay and impede the regulatory approval processes in every manner possible,” Tiffany stated in its complaint.

Tiffany will be OK… it offers an image and a history that is kind of second to none and is highly attractive because of that.

The deal would have been the biggest-ever in the global luxury industry, allowing Tiffany to quickly expand its global presence and invest more money in spruced-up stores and new collections without having to report quarterly earnings to shareholders. LVMH could use Tiffany to broaden its US presence and help grow its smallest jewellery and watch business.

Asked whether LVMH had any other US acquisition plans, LVMH Chief Financial Officer Jean Jacques Guiony said Tiffany is the only major jewellery player in the country and would not speculate further.

Shares of a rival, the Switzerland-based luxury jeweller and watchmaker Richemont, were up 5 percent Thursday as its name surfaced in analyst reports as a possible alternative target for LVMH.

Some industry insiders say LVMH’s U-turn opens the way to negotiations rather than an acrimonious break-up. Brokerage Oppenheimer expects LVMH to cut its bid to $108 per Tiffany share.

Bernstein analyst Luca Solca said Richemont, as well as LVMH’s French rival Kering, could emerge as suitors for Tiffany. “While it is unclear if and at what level these companies could be interested, the notion that Tiffany is open to M&A should be a support,” he said.

To be sure, Tiffany and peers face major headwinds as the health emergency has plunged major economies into recession and brought international tourism to a halt, and it may have less of a buffer against them on its own.

Based in New York and best known for its diamond engagement rings, Tiffany has worked to attract a younger clientele with more affordable offerings, invested heavily in its online business, and, over the last couple of years especially, prioritized China. The Asia-Pacific region accounted for approximately 28 percent of Tiffany’s worldwide net sales in 2019.

Standalone luxury goods brands, including Britain’s Burberry or Italy’s Salvatore Ferragamo, have underperformed the major conglomerates that dominate the industry in recent years. They are less able to hedge themselves against changes in trends and tastes — while LVMH, for instance, has over 70 brands in its portfolio, including cash cows like Louis Vuitton, eclipsing problems at its smaller labels.

The big groups have also succeeded in drowning out rivals in the marketing stakes, with major investments in social media advertising, for example.

Back in November 2019, when LVMH sealed the acquisition, media-shy Bernard Arnault – France’s richest man and a shrewd deal maker who has built an empire through acquisitions — did a full round of press interviews waxing lyrical about what he called an American icon. He said Tiffany has created a strong brand image, including an identifiable blue-egg colour of its own.

“We’re the owner of a colour,” the 71-year-old told Reuters at the time. “It’s a pretty rare thing.”

This week, LVMH filed a countersuit against Tiffany, accusing it of mismanagement through the coronavirus pandemic. It said Tiffany had underperformed LVMH’s comparable brands in the first half of the year, and questioned the fact that it had gone ahead with quarterly dividend payments despite booking a net loss of $33 million and a revenue decline of 34 percent in the six months to end-July.

One thought on “Life Without LVMH? How Tiffany Might Fare Without the Luxury Giant | News & Analysis”