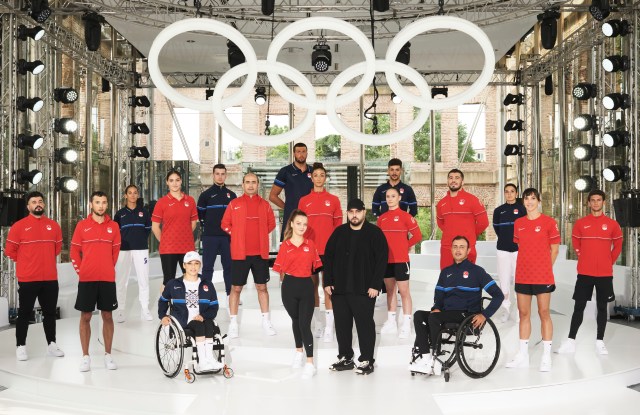 
Istanbul-based fashion label Les Benjamins on Wednesday unveiled its uniforms for the Turkish Olympic team for the Tokyo Summer Olympics.

And Scabal has partnered with the Belgian Olympic and Paralympic Committees as the official formal clothing partner of Team Belgium for the Tokyo Olympics and Paralympics. The company is among the many brands with ties to national teams, individual athletes or corporate sponsors that are anticipating the Summer Games after last year’s postponement. With COVID-19 cases increasing in parts of Japan and the vaccine rollout not keeping pace with some other countries, some critics are still calling for a cancellation to avoid further health risk.

The Tokyo Summer Games are scheduled to get underway on July 24 and run through Aug. 9. Financially, there is a lot at stake. Late last year, organizers pegged the cost of the Games at $15.4 billion. Already ailing ticket sales have been further impacted by concerns about variants of the coronavirus and travel restrictions in certain countries.

At the upcoming Games, the Brussels-based, family-owned Scabal will suit up all male team members for official and special events. The company will dress more than 250 people including Olympic and Paralympic athletes and Team Belgium supporters.

For the Les Benjamin unveiling, creative director Bunyamin Aydin hosted a presentation in Istanbul to debut the designs that feature special mosaic monogram patterns on Nike jerseys and apparel that the athletes will wear during the Games, marking the designer as the first to partner with Turkey’s National Olympic Team and the Ministry of Youth and Sports on uniforms.

Pieces such as shirts, shorts, jackets, tracksuits, windbreakers and accessories in black, blue and the country’s red color are emblazoned with patterns that represent four pillars: authenticity, unity, creativity and diversity.

“This journey, inspired by our roots, has come to this point by being combined with my own design language,” Aydin said. “I want to thank the Ministry of Youth and Sports, who believed in me from the very beginning and to this day, and Dr. Nazan Ölçer, who supported me with her predictions. I wish success to our athletes at the Tokyo 2020 Olympic & Paralympic Games.”

Aydin said he met with the athletes representing Turkey for the Olympics to learn their performance and aesthetic needs. He met with Turkish art historian and author Dr. Nazan Ölçer to research Anatolian rugs, which served as inspiration for his symbols.

He intended for the designs to be as minimal as possible. Monograms adorn the sleeves and back of the team’s track jacket, as well as the sleeves of other pieces and the sides of T-shirts. “Minimal placement is something I love,” Aydin said.

He added, “We created our own symbols and give these values to the next generation. Combining them creates the identity of the design I made. It will be used for the next four years of sports events.”

Though the uniforms will not be available for purchase, Aydin said he is in discussions to make it happen. “They have never collaborated with a designer of my scale yet,” he said. “It’s so big for Turkey to do something like this.” 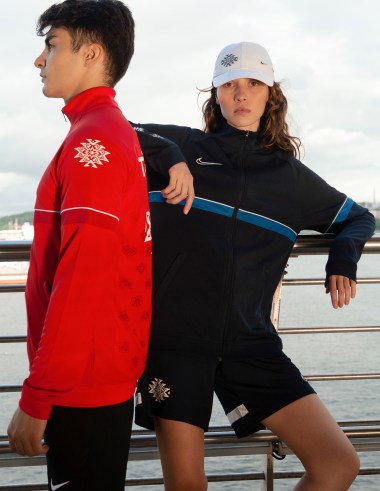 The milestone is a full circle moment for Aydin, who considers Japanese fashion and street culture as a “huge influence” and also found success through using carpets on his products in 2015. He went a step further in 2017 by creating monogram carpet patterns in for his collection presented in Milan. The collection caught Nike’s attention and invited the designer to participate in their Air Max Day Vote Forward campaign.

But the interest in carpets and rugs, and fashion design as well, comes from Aydin’s parents. “Both of my parents are in fashion,” he said. “My father passed in 2009, but he was on the fabrics and production side and my mom owned a boutique. I went on buying trips with my mom and met with designers with my dad.”

His parents, as well as Japanese designers like Yohji Yamamoto and Hiroshi Fujiwara, inspired Aydin to launch Les Benjamins with a desire to connect the U.S. and U.K. with Turkey in the same way he believes Fujiwara did for Japan.

As for the carpets, Aydin said his father would collect them. “The Grand Bazaar has so many carpet shops,” he said. “Maybe because I lost him, it had a sentimental value as well.”

Since its founding in 2011, Les Benjamins is available in 60 stores in 20 countries, with the Middle East as its biggest market. The brand opened two stores in Istanbul, is opening a third in Dubai in October, and in 2020 experienced 160 percent growth in online sales compared to 2019, as well as a 70 percent increase in retail sales.

The brand also recently secured venture capital funding from Esas Holding, which will aid the brand opening stores in the U.S. in 2022. “They are supporting me to focus solely on creative design,” Aydin said. “The plan is to open New York and Los Angeles in 2022.

“We want to be a retail brand with a strong e-commerce platform,” he added. “We designed jewelry, sunglasses, expanding product categories, doing our own scent, also working on furniture and rolled out kids clothes, which is super successful. There are collaborations I can’t mention, but I can tell you there’s a lot of exciting things coming up especially our New York store opening.”

With more than 80 years of experience, Scabal develops each of its fabrics after years of research that involves using fine raw materials, advanced weaving and finishing techniques.

The deal was revealed by Belgian Olympic Committee chief executive officer Philippe Vander Putten, Scabal’s executive chairman Gregor Thissen and Belgian field hockey player Simon Gougnard. BIOC’s marketing and communications director Dieter Reyntjens said, “For Belgium’s finest athletes we were looking for a collection that was stylish, oozed comfort in the Japanese hear and humidity but above all was tailored to each athlete’s individual body.”

He also noted Scabal’s “outstanding craftsmanship combined with the best natural materials and the guarantee of a perfect finish since each suit is made to measure.”

Scabal takes its artistic approach seriously. The company once collaborated with the Surrealist painter Salvador Dali for 12 artworks. Those pieces depicted how Dali envisioned how fine tailored clothing would evolve in the 21st century. His art remains in Scabal’s vaults. The company’s ties to Hollywood include providing the tuxedo worn by Marlon Brando’s “Vito Corleone” in “The Godfather” and nearly all of the 70 suits donned by Robert DeNiro in “Casino.”

Scabal’s executive chairman Gregor Thissen spoke of the company’s commitment to the Belgian athletes. “We are very happy to share values such as excellence, respect and passion for everything we do, in line with the spirit of the Olympics.” 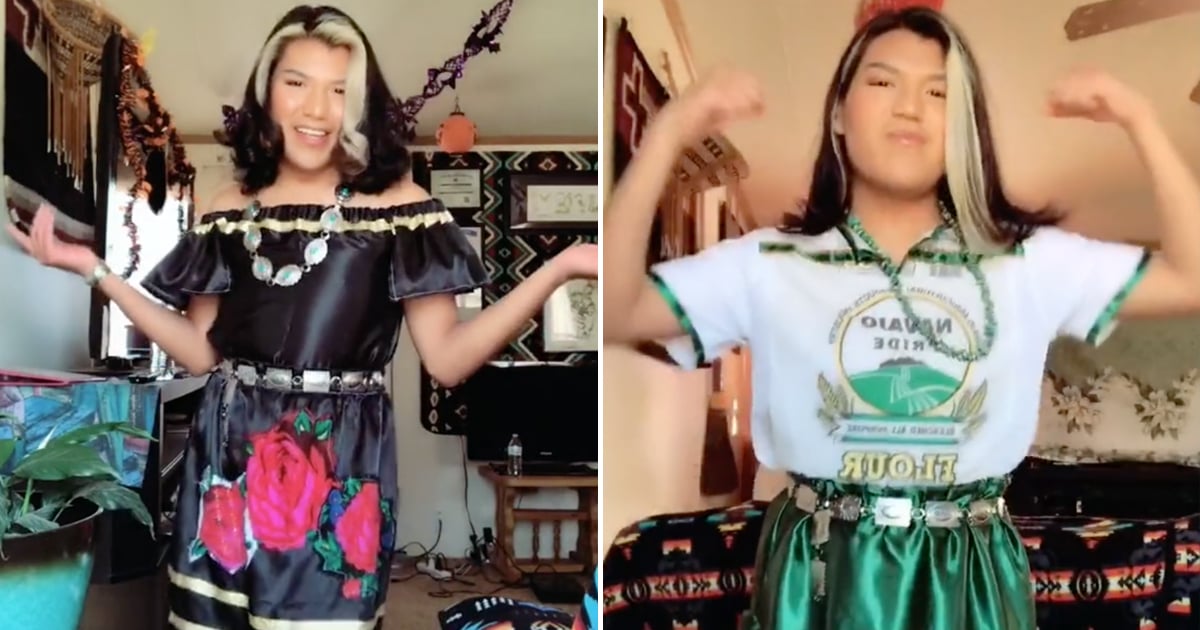 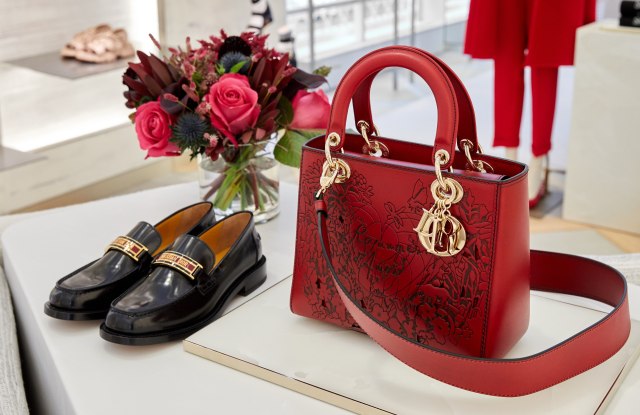