Nature has created a huge variety of climates. From the steamy hot climates of tropical forests to frosty climates of Siberia and from extremely wet climate of parts of Hawaii Islands to rainless deserts of Sahara and Atacama. One really wonders at the great diversity of climates present in this world. Every climates has its pros and cons. Humans naturally want to reside in those climates which do not have extremes of cold and hot.

Such climates are very rare indeed. There are only a few places which have this type of climate. This climate is found in California in US, in Central Chile in South America, in parts of South Africa and in New South Wales in Australia. Due to their equable and beautiful climates they are lovingly called “lands of perpetual spring”. Now I shall elaborate my point by giving some examples.

Taking the example of California, the region is visited by cool pacific current during summers and warm current during winters. The result is that the region has no extremes of temperatures. The coldest month, at San Francisco is January with a mean temperature of 49 F (9 C) while the hottest month, September stands at 60 F (16 C) thus it has a range of only 11. The rainiest month is Jan. with 5 inches (125 mm) of rain while July is practically dry. Los Angles is a bit warmer but even there the hottest month rarely exceeds 70 F (21 C). Californian coast has the double advantage of proximity to Pacific Ocean and well timed ocean currents.

Cape Town, in south Africa is an other ideal spot. The summers are slightly warmer than those of California since the effect of ocean currents is not that pronounced but the winters are very pleasant indeed and average temperature of the coldest month is usually above 50 F (10 C).

In Sydney, Australia, the climate is similar, with warm sunny days in summer and mild temperatures in winter. Of all the different climates found in Australia, the Climate of New South Wales in general and that of Sydney in particular is very pleasant.

Another area of great interest to geographers and common people alike is the Highland area of Ecuador in South America. Quito, the capital of Ecuador, is a typical example of Land of Perpetual spring. Although it lies directly on the equator and one would expect hot and humid weather all the year round but the on the contrary the climate is cool and pleasant. The reason being that Quito is situated at an elevation of more than 10,000 feet (3000 m) above sea level and temperature is much modified by elevation. The result is that it has every month has a mean of 55 F (14 C). Compare this with the equatorial average of 😯 F (27 C) – a fall of 13 degrees Celsius.

This, in short, is a brief description of the areas which are called lands of perpetual spring for the shear beauty of their climate. 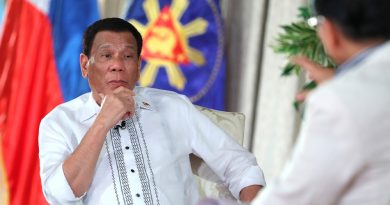