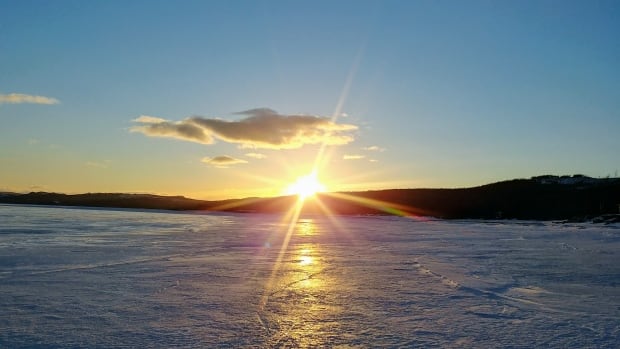 The decision to rename Red Indian Lake is causing tension and fraying Indigenous and non-Indigenous relations in central Newfoundland, say some people in the area, as they speak out against the way the process has so far been handled.

The province initiated the change Wednesday, introducing legislation in the House of Assembly to rename the lake to Wantaqo’ti Qospem, a Mi’kmaw phrase which translates to ‘peaceful lake.’ The change precedes plans to return the remains of a Beothuk couple, Nonosabasut and Demasduit, to the area after being held in Scotland for nearly 200 years.

That announcement has caused racism to rear its ugly head, said Natasha Jones of Buchans Junction.

She said as an active member of the Qalipu First Nation, she was shocked to hear of the change as she didn’t even know the issue was on the radar, leading to “a feeling of being betrayed by the government.”

In turn, she said, the relationship between Indigenous and non-Indigenous people in the area has begun to break down.

“They thought the Indigenous members locally knew about the decision and were part of it and left them out. And so local Indigenous people were having to defend themselves and say we weren’t part of the conversation,” said Jones.

“Everybody locally was left out, and so there was a lot of mistrust and there was some name calling,” she said.

Jones is in favour of renaming the lake, saying the current name is derogatory toward Indigenous people.

However, she said the province should have used a reconciliation-based process in order to do so, and consulted locals and Indigenous groups in the communities near the lake, including Buchans, Buchans Junction and Millertown.

“I just think the government misstepped by consulting just the top Indigenous leaders and not giving a say to all residents… by kind of overstepping it, it really hurt community members,” Jones said.

Input from local Indigenous people would have been beneficial for reconciliation, she said. She’d like to see it called either Beothuk Lake, or Lake Beothuk.

“The order doesn’t matter, but I think that would really represent the history. It’s a Beothuk territory, the history of the lake involved… Beothuk people. And it’s a good name. It’s not derogatory in any way,” she said.

Buchans Mayor Derm Corbett said people are so upset about the lack of local consultation on the name change, he’s written a letter of objection to Premier Andrew Furey, Indigenous Affairs Minister Lisa Dempster and some members of parliament.

“The process that government used, it has made a lot of people feel disrespected,” he said

He called the situation an “opportunity lost” for Dempster to encourage reconciliation with Indigenous people in the area. CBC News reached out to Dempster for comment on Sunday, but did not received a response by deadline.

Corbett said there are many Indigenous people in the three communities along the lake who wanted to give input on a new name.

“I mean, it didn’t have to be a major consultation. But for people to flick on the news and see the minister simply say this is done…. that wasn’t good enough.”

“People consider this to be a very flawed process and they have taken slight,” he said.

He said the name came from a song he had heard a long time ago, about peace flowing like a river.

“Given the violence that went on against the Beothuk people over 200 years ago, what better way to name a place,” he said.

“The Europeans put the name on that lake, because when they went up to murder the Beothuk people they saw people with red ochre on their face,” said he said.

The renaming of the lake, said Joe, is an important step in reclaiming the historical narrative for the province’s Indigenous peoples, as well as part of an identity that has long been co-opted by colonizers.

“We became known as ‘savages’, we were less than people, according to the government,” said Joe.

“Then we became Indians. And then we called ourselves ‘Micmac’, because the non-Aboriginal people called us ‘Micmac’.”

“It’s time. It’s time to look at this through the eyes of us as Aboriginal people on this land, and how we’d like to see change.”

When asked why Wantaqo’ti Qospem was selected over other names, including that of Demasduit, Joe said there are other places which would better bear her name.

“I think there’s a more appropriate place for Demasduit, for her name to be placed on,” he said.

“I’m thinking more along the lines of Mount Peyton.”

Mount Peyton was named for John Peyton Jr., who in March of 1819 led an expedition to the lake in which the Beothuk leader Nonosabasut was killed and his partner, Demasduit, was abducted.