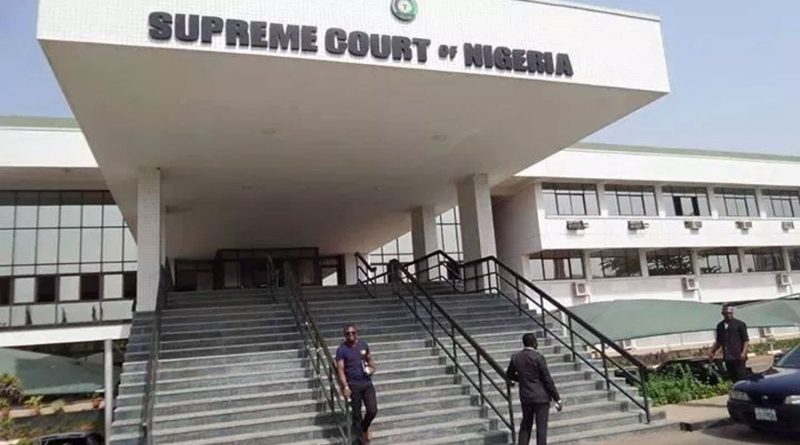 This means that in a representative democracy, governments can only emerge through the explicit consent of the governed expressed by votes in elections. It is that direct electoral link between the voters and their elected representatives that guarantees democratic legitimacy; break that link and you erode the legitimacy.

Sadly, democratic legitimacy is being eroded in Nigeria with the growing phenomenon of judge-made governors and legislators. Instead of “government by the people”, we are increasingly seeing “government by judges”. The thin veneer of legitimacy that overlays Nigeria’s weak democracy is being peeled off by judicial activism. It is a dangerous trend!

The latest in that trend was the controversial decision of the Supreme Court on January 14 to remove Emeka Ihedioha as the governor of Imo State and replace him with Hope Uzodinma, who, according to the Independent National Electoral Commission, INEC, came fourth in the March 9 governorship election.

Since 1999, when Nigeria returned to civil rule, there have been several such cases. Indeed, in one extreme case, the Supreme Court installed as governor someone who did not even contest a gubernatorial election. In 2007, the Supreme Court made Rotimi Amaechi governor of Rivers State despite not running in that year’s governorship race.
The court’s reasoning was that Amaechi won his party’s primary and should have been the party’s candidate in the election. So, exercising its discretionary powers, the court installed him as governor.

But where was the explicit consent of the governed? Where was the direct democratic link between him and the electorate? In a representative democracy, political parties can’t simply replace candidates, certainly not governorship candidates who, if elected, have real executive powers.

Would the Supreme Court have installed a person who didn’t run in a presidential election as president of Nigeria simply because his party wrongly refused to field him in the election? Surely, the court should have restored Amaechi as his party’s candidate and then ordered another election. The democratic link between him and the people he would soon govern shouldn’t have been so blatantly broken.
Of course, electoral matters are justiciable, and courts are a necessary part of the checks and balances in any democratic constitution. But the law must not be the continuation of politics by other means.

This was the theme of Lord Jonathan Sumption, a retired Judge of the UK Supreme Court, in his BBC Reith lectures last year.

Lord Sumption argued that the principles of consent and legitimacy that underpin representative democracy should not be eroded by judicial processes, although he went on to say that it was “the decline of politics” that led to “the rise of law to fill the void”, adding that “as politics has lost its prestige, judges have been ready to fill the gap.” Lady Hale, the outgoing president of the UK Supreme Court, made the same point in a separate lecture, arguing that law inevitably rises where politics fails.

And, of course, there is growing judicialisation of elections in Nigeria because of the utter failure of politics. This is a country where elections are too often blatantly rigged or marred by significant irregularities.

It is a country where internal democracy is alien to the political parties. Where else would someone turn to if he believes he was unfairly denied victory in an election? Where else would you seek redress from if you won your party’s primary, but your name was substituted with another person’s? Of course, as Lady Hale said, “the premise of all constitutionally entrenched human rights is that ultimately the courts have to be the arbiters”. Courts and judges are there to dispense justice.

That, however, presupposes that judges are above board and beyond reproach. If it’s ever possible and who can deny that it isn’t? that someone can lose an election and later secure “victory” in courts by bribing judges, then the judicial processes become a tool for perverting the will of the people.

But even if there is no corruption, the same erosion of democratic legitimacy can still occur through judicial overreach. Judges have enormous discretionary powers, but they should exercise them, particularly in electoral matters, within the ambit of liberal democratic values. Where they fail to do this and overturn the results of elections based on subjective judgments, they are engaging in judicial activism.

Which brings us back to the Supreme Court ruling in the Imo State governorship election appeal. Judges derive their superior authority from their dispassionate evaluation of evidence and argument.

But without impugning the integrity of the Justices, it’s difficult to follow the logic of their ruling in the case. The judgment threw up many questions.

For instance, how was it that Uzodinma won the election and yet his party, All Progressives Congress, APC, secured not a single seat in the State’s House of Assembly elections? Why did his votes rise from 96,458 to 309,753 after the Supreme Court awarded him the controversial votes from the 388 polling units, and yet Ihedioha’s original votes of 273,404 did not increase?

Did he not win any vote from those polling units? And why, after the addition of Uzodinma’s newly-acquired votes, did the total valid votes rise to 950,952, exceed the 823,743 total accredited votes by 127, 209? The British playwright Tom Stoppard once said that “It’s not the voting that makes a democracy, it’s the counting”. Well, it seems there was dodgy counting in the Imo State gubernatorial poll.

The truth is that an unholy alliance of discredited politics and judicial activism is eroding democratic legitimacy in Nigeria. Yet, there is no accountability. For instance, despite the courts overturning governorship election results in several states since 1999, no politician has been prosecuted for electoral malpractices.

Nigeria’s political and judicial processes should support its fledgling democracy. Sadly, they are undermining it!