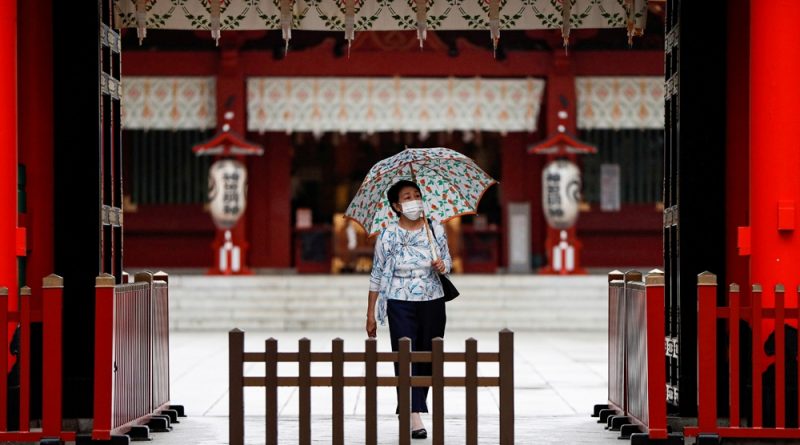 “He was arrested from the bank of a border river as he was trying to flee to India,” AFP quoted Rapid Action Battalion spokesman Colonel Ashique Billah as saying. “He was wearing a burqa.”

Shahed’s hospitals claimed to have conducted 10,500 tests, but only 4,200 were genuine, the spokesman added. The remainng patients were given negative certificates without being tested.

More than a dozen people have been arrested over the scam.

Tokyo Governor Yuriko Koike says daily cases in the capital are likely to top 280 on Thursday. That would be the highest since the start of the outbreak.

“It’s still incomplete, but I’m hearing the number will be above 280,” she told reporters. More than 4,000 tests are being conducted, she added.

China has given the green light to phase I clinical trials of a potential coronavirus vaccine using BioNtech’s technology.

Fosun Pharma says it plans to start the trial of BNT162b1 “as soon as possible once it is ready”.

It’s the ninth potential vaccine to move into various stages of human testing in China.

Offiicals in Japan are questioning the government’s plans to boost domestic tourism amid a surge in coronavirus cases in the capital.

Tokyo governor Yuriko Koike questioned the wisdom of the plan on Wednesday and rural officials have also weighed in. A panel of experts is due to discuss the multi-billion dollar ‘Go To” promotion on Thursday.

The campaign is due to start on July 22 offering subsidised travel to people visiting areas outside Tokyo.

The governor’s just announced the latest number of new cases in the capital.

The Australian state of Victoria has just given its daily update on coronavirus, reporting 317 new cases – a record for Australia. Two men in their 80s were also confirmed to have died from the disease.

#BREAKING: VIC has recorded 317 new cases of COVID-19 – the biggest daily increase in any jurisdiction since the pandemic began. 28 linked to known outbreaks, 289 under investigation. Two men in their 80s have also died, taking the national toll to 113. @abcnews @COVID_Australia

Brazil’s President Jair Bolsonaro continues to tout hydroxychloroquine as a treatment for coronavirus even though there is little evidence that it works.

Bolsonaro, who tested positive for COVID-19 for a second time on Wednesday, shared a video on social media extolling the benefits of the controversial malaria drug.

“I was medicated from the beginning with hydroxychloroquine, with a doctor’s recommendation,” Bolsonaro said in the post. “I felt better the next day. Whether it is a coincidence or not … It worked for me.”

Scientists are not so convinced about the benefits. Doctors warn of serious side effects, and a study in May found a higher risk of death. 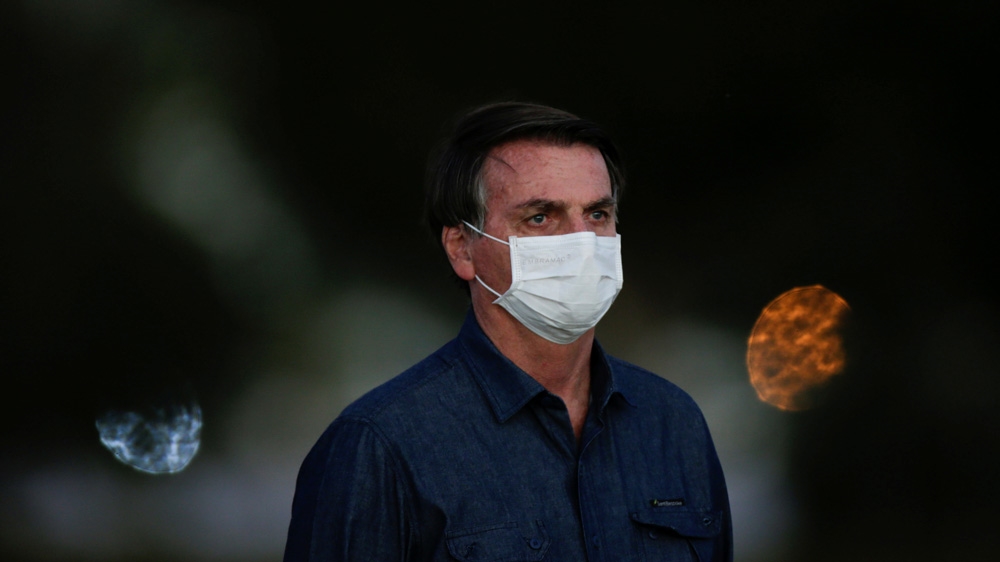 Authorities on the Spanish island of Majorca have ordered bars on popular party streets in Magaluf and Palma to close, for fear that hard-drinking tourists will trigger a surge in coronavirus cases.

The island is popular with German and British holidaymakers and the regional government had already introduced heavy fines for anyone organising illegal parties or flouting rules on social distancing and face masks.

It ordered the closures after video emerged of mainly German tourists carousing around bars and terraces as if “no one had ever heard of the corona pandemic”, according to the German-language publication Mallorca Zeitung.

Read all the updates from yesterday here.