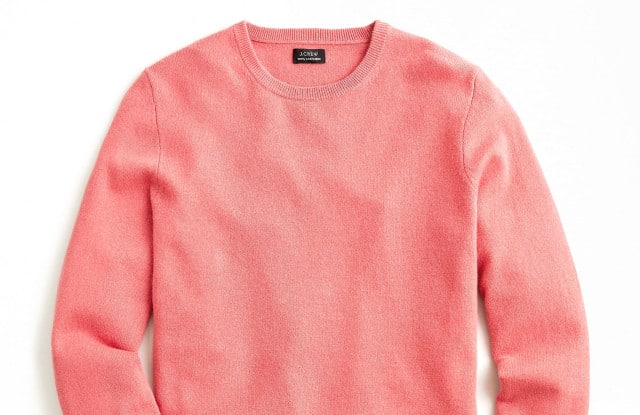 
J. Crew Group, one of the first large fashion retailers to file for Chapter 11 bankruptcy during the COVID-19 pandemic, is getting a fresh start.

On Tuesday morning, the retailer won approval from a Virginia bankruptcy court for its reorganization plan that would convert some $1.6 billion in debt into equity. Swapping its considerable secured debt was part of the deal when it entered the proceedings in May with its existing lenders including Anchorage Capital Group, GSO Capital Partners and Davidson Kempner Capital Management.

Under the deal, the remainder of the retailer’s $400 million debtor-in-possession facility would convert to new term loans, and the plan includes a $400 million exit facility on top of that.

The restructuring plan would also provide a pool of some $77 million for unsecured creditors, out of an overall sum of roughly $320 million in general unsecured claims that the retailer owes, Robert Feinstein of Pachulski Stang Ziehl & Jones LLP, who represents the official creditors committee in the case, told the court Tuesday.

The breakdown of distributions favors trade vendors, which plan to continue doing business with J. Crew and which will receive recoveries from a $71 million pool, according to court documents. The remaining general unsecured creditors would receive payments from the other $6 million, according to court filings.

The retailer said in a statement Tuesday it expects to formally exit the bankruptcy proceedings in early September.

“Throughout the financial restructuring process, we have continued to honor our long-standing commitment to our customers of providing them with the products they love and the service they have come to expect,” J. Crew’s chief executive officer Jan Singer said in the statement. “We thank our associates, customers, vendors, landlords and lenders for their support which has enabled us to efficiently move through this process while navigating our business through the current environment.”

General unsecured claims are low on the bankruptcy code’s hierarchy of who gets repaid in a bankruptcy, and are particularly vulnerable if a reorganization process doesn’t pan out and turns into a liquidation instead. Considering those risks, Feinstein, who represents the creditors’ committee, told the court at Tuesday’s hearing that the J. Crew reorganization plan amounted to a success.

“The committee worked hard to try to improve the plan across the board, and we think we’ve succeeded in that today. First of all, there’s going to be a going concern of J. Crew and that’s the best news in this case,” Feinstein told the court. “In this environment, your honor, when so many retailers are liquidating and failing, J. Crew is a success story, and the committee applauds the efforts by all the professionals and the clients in the case to get to this exceptional result.”

“There exists a reasonable basis to separate classes 6a — ongoing trade claims  — and 6b, other unsecured claims,” Phillips said at the hearing Tuesday.

“The trade agreements are critical in the viability of the debtors, the restructuring effort is dependent on the relationship with the trade creditors,” he said. “Class 6b creditors are receiving more than they would under a Chapter 7 liquidation.”

Most of the company’s vendors are outside the U.S., according to court filings in the case, in which the retailer said in fiscal-year 2019, it purchased “nearly all of their inventory from suppliers located outside of the United States.”

“The debtors have strong relationships with their vendors, some of which rely upon the debtors for a significant portion of their business and others who advance costs for the debtors in connection with producing the debtors’ merchandise,” the retailer said in its plan disclosure statement filed earlier this month.

The bankruptcy code generally does allow bankrupt companies to file such lawsuits, known as preference avoidance actions, in order to recover payments made to vendors and other creditors shortly before their bankruptcy filing. The rationale behind this feature is to make sure that losses in a bankruptcy are spread around fairly. But bankrupt companies can agree not to target vendors this way if they reach an agreement to do so, as was the case here. Vendors are themselves general unsecured creditors, one of the categories of creditors most affected by bankruptcy losses.

“The committee is very pleased with the confirmed plan, which not only allows J. Crew to reorganize with a maximum retail store footprint and right-sized capital structure, but also with substantially improved recovery to the unsecured creditors over the original proposed plan,” Bradford Sandler of Pachulski Stang Ziehl & Jones LLP, an attorney for the creditors committee, said in a statement Tuesday.

“To achieve these results in normal times would be remarkable, but it is especially noteworthy during a global pandemic that has wreaked havoc on retailers,” he said.

J. Crew, known for a preppy casual wardrobe of knit sweaters and accent jewelry, had more than 181 stores around the world, and about 170 J. Crew factory brand stores, according to court filings. J. Crew brand revenues for fiscal-year 2019 were roughly $1.7 billion, which amounted to about 67 percent of the retailer’s revenues for that year. The same year, its Madewell brand revenues were about $602 million, which accounted for about 23 percent of its revenues that year. The company had about 140 Madewell stores, according to court filings.

Like other retailers during the COVID-19 pandemic, the retailer implemented furloughs in April of roughly 11,000 of its 13,000 employees around the world. The retailer has said that it has since reopened stores and brought back furloughed associates.