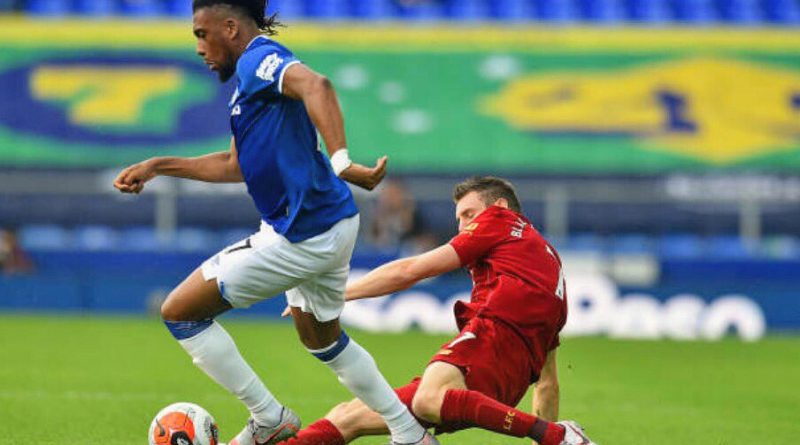 Everton coach, Carlo Ancelotti, accordinging to Victor Ikpeba, may no longer have Alex Iwobi in his plans after the gaffer completely left the Super Eagles star out of Everton’s squad in their opening game of the new season against Tottenham.

Iwobi was not listed in the Everton team that beat host Tottenham 1-0 at the weekend prompting former Nigeria international, Ikpeba to suggest that the Toffees’ boss no longer fancy the former Arsenal forward in his team.

Ikpeba while speaking on Monday Night Football monitored on Super Sports, says Ancelotti’s arrival at the Goodison Park could see Iwobi struggle for game time at Everton with the Italian gaffer having signed new players.

Iwobi who joined Everton last season in a €30million move from Arsenal score one goal in 25 Premier League appearances for the Toffees laster season.

“When new managers come, they want to change personnel. If Ancelotti is going to be there for the long haul, you will see more changes,” Ikpeba said.

Also Read: Simy Ready For Serie A After Netting Brace As Crotone Round Off Pre-Season

“He is a top class coach and wants to end the season in the top six to start with. He sees the players and if a player is not good enough to be part of his squad, he doesn’t care.

Ikpeba added: “Iwobi deserves a starting spot, but that is football for you. Sometimes it is unfair to players.”

Ikpeba likens Iwobi’s situation to when he was starring for Bundesliga side Borrusia Dortmund.

“I had a similar situation at Dortmund with all the quality I had. When the manager doesn’t fancy you, no matter what you do,
you don’t get to play,” he recalled.

Ancelotti, who is targeting European football, handed three new signings, James Rodriguez, Allan and Abdoulaye Doucoure
starting shirts with the trio making good impression on their debuts in the win against Spurs.

Rodriguez who arrived from Real Madrid is now the preferred choice over Iwobi who will still have to contend with the likes of Gylfi Sigurdsson, Bernard, Yannick Bolasie, Anthony Gordon, Theo Walcott among others for an attacking midfield role.

In a similar vein, another ex-Nigerian international, Ifeanyi Udeze also believes Iwobi needs to move to another club where he can get good playing time.