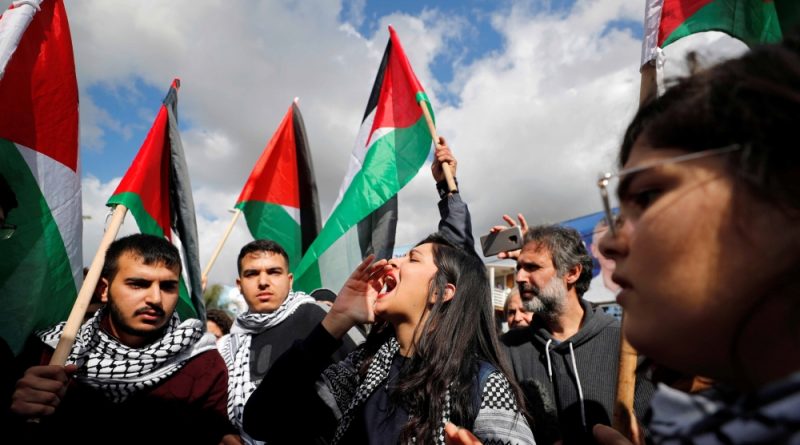 On February 1, Mahmoud Abbas, the president of the Palestinian Authority, succeeded in extracting from the Arab League a rejection of US President Donald Trump’s Middle East plan by warning its leaders that neither he, nor they, could afford to go down in history as the ones who “sold Jerusalem” and the Al-Aqsa Mosque to Israel.

This is the same argument the late Palestinian leader Yasser Arafat made to justify rejecting the US and Israeli dictates at the Camp David summit in 2000, knowing all too well that Arab autocrats may not care about Palestinian rights but could not be seen to have surrendered Jerusalem.

US arrogance in declaring all of Jerusalem the capital of Israel has backfired on Trump’s entire “vision”, leaving Washington humiliated and its foolishly dubbed “deal of the century” barely alive.

This may have come as a shock to the Americans, who thought he would come back to the table sooner or later, but it was no surprise to their Israeli partner.

It is hard to say whether the Trump plan has been driven mainly by the ignorance of young Jared Kushner, Trump’s adviser and son-in-law, or the arrogance of his mentor, Israeli Prime Minister Benjamin Netanyahu. But it is probably both, since gullibility is required for successful manipulation.

It is embarrassingly clear that the plan is based on Netanyahu’s extremist ideas. Indeed, when Trump and Netanyahu stood side-by-side at the White House ceremony to announce it, there could be little doubt whose vision it was. Trump seemed like he was reading it for the first time.

And from there on, it was downhill for the plan as the president’s son-in-law parroted Netanyahu’s propaganda pointers and debunked cliches.

Indeed there is an eerie resemblance between Kushner and Netanyahu’s former spokesman, Mark Regev, in style and spin, both taking their cue from Frank Luntz’s Global Language Dictionary, which became Israel’s propaganda playbook after its release a decade ago.

It did not help that Netanyahu, the puppet master, wanted the plan to be announced, especially the parts legitimising new Israeli annexations of Palestinian land, not to make peace with the Palestinians, but to win a fourth term.

Unlike Kushner, Netanyahu knows all too well the deal is a non-starter for the Palestinians. He has already tested its main ideas and is familiar with the Palestinian response.

Indeed, such anticipated Palestinian rejection is the very reason he devised and supported the plan in the first place.

All of this begs the question, what now? What will the Palestinians do if or when Netanyahu goes through with the annexation?

Netanyahu’s refusal to make a deal with “moderate” Abbas – the amenable negotiator, who rejected armed struggle, embraced diplomacy and accepted the principle of a demilitarised Palestinian state on a fifth of historic Palestine – and his insistence on annexing more Palestinian territories, leave the Palestinians with no option but to embrace a new vision and a new strategy of liberation.

To be clear, Abbas has proven too naive for too long, reckoning that winning the moral argument is enough to change Israel’s strategic calculus.

But Abbas misses the cardinal principle of diplomacy: it is a reflection of the balance of power. Palestinian failure to extract an independent state from the disastrous Oslo Accords is the direct result of Israel’s supremacy on the ground.

The same goes for Abbas’s renewed call for an international conference under the auspices of the international Quartet, namely the US, the UN, the EU and Russia. The US supremacy in such a gathering will ensure no result is disadvantageous to Netanyahu’s Israel.

Diplomacy could achieve little without a real change on the ground in Israel-Palestine.

Even Trump, who admires the strong and abhors the weak, may find it in his interest to redress the US position, albeit technically, if the situation changes.

Change requires summoning Palestinian talent, energy and passion for liberty and justice, which in turn needs national reconciliation and unity around a clear national agenda. It also necessitates dismantling the “police state” in the occupied Palestinian territories which has intensified its grip on the civilian population under pressure from the US and Israel.

Abbas’s announcement that all security coordination with Israel will be severed and that it will be treated as an “occupying power” rather than a “peace partner”, is a first important step towards galvanising popular support for a freedom agenda.

If Abbas indeed goes through with it, this will prove a game-changing development that could transform the conflict for years to come.

Agree with him or not, the octogenarian Abbas should be commended for believing in peace and appreciated for schlepping around the world from the Arab League to the UN to promote coexistence.

But he should not stop there. He must also ensure a smooth transition of power to a new, younger, more vibrant Palestinian leadership that can galvanise and channel people power at home and abroad.

Despite over 70 years of dispossession, 53 years of occupation and a million imprisoned, the Palestinians remain resolute. They may bend but they do not break.

With Palestinians making up some 20 percent of Israel’s population – a number that will rise to 25 percent in the not-so-distant future – the “Jewish state” is fast becoming a bi-national state.

And with almost as many Palestinians as Jews living between the Jordan River and the Mediterranean Sea, and with a maximum distance of a few kilometres separating any Palestinian from any Jew, Israel-Palestine is increasingly a binational entity. Israeli annexation of new territories will only help underline this fact.

In this context, no nukes, no air force and no walls will define the future relationship between the affluent centres and ghettos, between rich cities and their belts of poverty, indeed between next-door neighbours. Israel may continue to use brutal force against the Palestinians, but like every colonising power in the last century, it will not be able to subdue a determined indigenous population with violence.

There is a demand for a change of vision based on ethical not religious awakening, one that transcends fetishist archaeology and sacred sites to honour sacred human rights for all.

It is time for David to face up to Goliath, for liberty to overcome occupation, for democracy to beat fanaticism, and for justice to defeat and uproot racism. Thirty years after apartheid was dismantled in South Africa, it is time it is done away with in Palestine as well.

It is time for a Palestinian and Jewish spring.