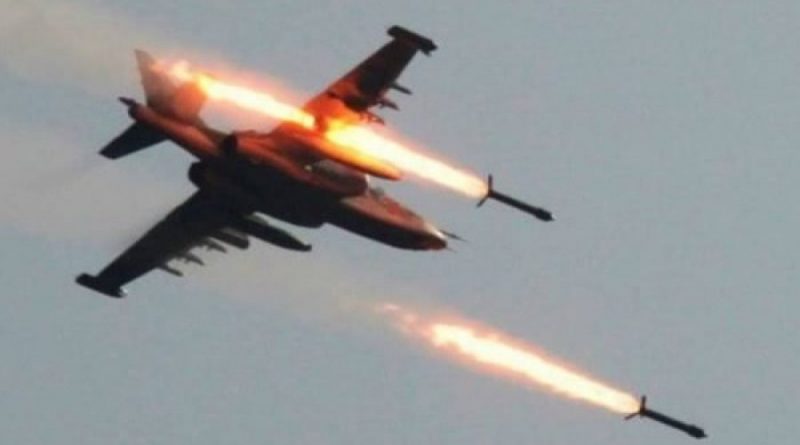 A convoy of more than 20 jihadist vehicles suspected to be linked with ISIS affiliated Islamic State of West Africa Province (ISWAP) was recently spotted at night by reliable sources. He confirmed that the ISWAP group was escaping from recently destroyed camps by the Nigerian Army in coordination with the Nigerian Air Force and troops from the Multi-National Joint Task Force (MNJTF). The sources say the mass relocation has further been triggered by the sustained and successful air bombardment on their hideout and camps that killed more than 150-foot soldiers and unit commanders along the fringes of the Lake Chad and Nigeria’s North East state of Borno.

The jihadist outstretched convoy was seen relocating at local time estimated by sources as 10:30pm on Wednesday 5/08/2020. The convoy had on board heavily armed Jihadists fighters. Most of them were mounted gun trucks and other pickup vehicles carrying women, children and wounded fighters. Travelling in large convoys at late night is a known tactic by Boko Haram terrorist and ISWAP factions. The essence is to avoid surveillance from the Nigerian Air Force in the complex open, but obscured terrain. As a secondary tactical deterrence Boko Haram and ISWAP jihadists exposed women and children, ostensibly to avoid detection and prevent the Nigerian Air Force from launching airstrikes that are likely to cause the death of women and young children.

The convoy was spotted travelling from the western angle of a location given as Kareto town via a secondary location given as Jilli. Another source confirmed that the slow-moving convoy driving with lead motorbikes and deemed lights stopped at a location known as Bamma Bukar Mallammi to have a break before taking off in the thick of darkness.

The actual destination of the desperate ISWAP convoy has not been revealed yet. But most of the journey is likely to carry on along the long-stretched Maiduguri-Damaturu road. Troops of the Nigerian military’s Operation LAFIYA DOLE (both land and air component) and the MNJTF should be extremely vigilant and stay on alert especially around Beni sheikh, Ngamdu and Kukareta axis. This is a strategic route that the fleeing jihadist are likely to take to cross over to the south. It is also possible that the jihadist may be aiming to set up camps around the axis of Borno Yakku and Kanamma riverbank.

Recall that the impeccable sources have earlier reported a successful coordinated ground and aerial strike by the Nigerian military on Boko Haram terrorists and ISIS affiliated Islamic State of West Africa Province (ISWAP) hiding camps. The intelligence led airstrikes had resulted in the killing of more than 150 ISWAP’s specialist fighters along the same fringes of the Lake Chad and Nigeria’s north-eastern state of Borno. The fleeing jihadist convoy may likely be one of the casualties of the successful Nigerian Air Force aerial strike in coordination with the MNJTF launched on the 1st and 2nd of August 2020 at ISWAP hideouts in Kusuma, Yarwa Kura and Abbaganaram. The Nigerian military air strike targeted a major hideout of ISWAP jihadists at a location that was given as “Abbaganaram” where more than 150 jihadists were positioned to receive specialist training in preparation for ambush attacks on nearby state troops.

A preliminary ground assessment by sources had revealed that a number of ISWAP unit commanders and high value fighters were eliminated, while many more were seriously injured. This inter-agency national and regionally coordinated military offensives have forced ISWAP leadership to advise unit commanders to adopt new tactics of spreading their men in very small units and spatial locations to avoid heavy casualties when targeted by airstrikes and artillery shelling.

The conventional military-styled rotation tactics has also been introduced amongst other Boko Haram/ISWAP jihadists bigger units. This was due to recent suspicion of collusion and frequent desertion amongst their foot soldiers occasioned by fear, hunger and frustration. The actual figures of Boko Haram and ISWAP fighters killed and wounded during recent coordinated aerial strikes might be underestimated. Because the terrorists are known to conceal the true casualty figures. Moreover, the damage assessment is still ongoing in hard to reach locations, where high casualties rates may have been recorded, particularly at such camps located in Kusuma and Yarwa Kura.

The damaging airstrike and artillery bombardment on Boko Haram terrorists/ISWAP camps is smoking the surviving and wounded out of these hideouts. Although jihadists are known to return to places that have been the subject of military clearance. This is clear case of ISWAP insurgents escaping towards the Southern flanks of the Lake Chad to known and unknown locations around Tudun Woulgo, Kirta and Sabon Tombo, among others.

Newly established camps will be used to treat wounded jihadist and to re-strategies. Therefore, the military, security forces and well-meaning people should be in the lookout for such new facilities. Attacks in search for medical supply items will likely increase along these locations and beyond. Therefore, intense vigilance is required by all stakeholders, including local and international humanitarian organizations distributing lives saving medical and food items.

The fate and leadership structure of both Boko Haram terrorists, Abubakar Shekau and ISWAP Ba Lawan factions have been greatly affected and destabilised by recent sustained land and aerial coordinated offensives by the Nigerian Army; the Nigerian Air-Force; the Chadian Army, the Nigerienne forces and the regional Multi-national Joint Task Force (MNJTF) troops. These offensives have impacted on jihadists operational command and control in the challenging terrain of the Mandara mountains, the fringes of the Lake Chad Basin and the Sambisa forest.

In light of these progressive developments in the theatre of war, all local and regional stakeholders must continue to engage each other towards a joined goal of the war against terror. These stakeholders need to collectively collaborate further to achieve complete and sustainable defeat of terrorists and criminal elements relocating and hibernating in some parts of the north eastern and north western of Nigeria. All hands should be on deck among the armed forces and security agencies of Chad, Cameroun, Niger and Nigeria. Citizens and governments must support the military and security forces to succeed. It is a collective and people’s War! It will take time, but everyone must be on board with clean hands – If you see something – say something!!